With Becca and Collins we headed to the Art Institute of Chicago where they had an exhibit entitled: 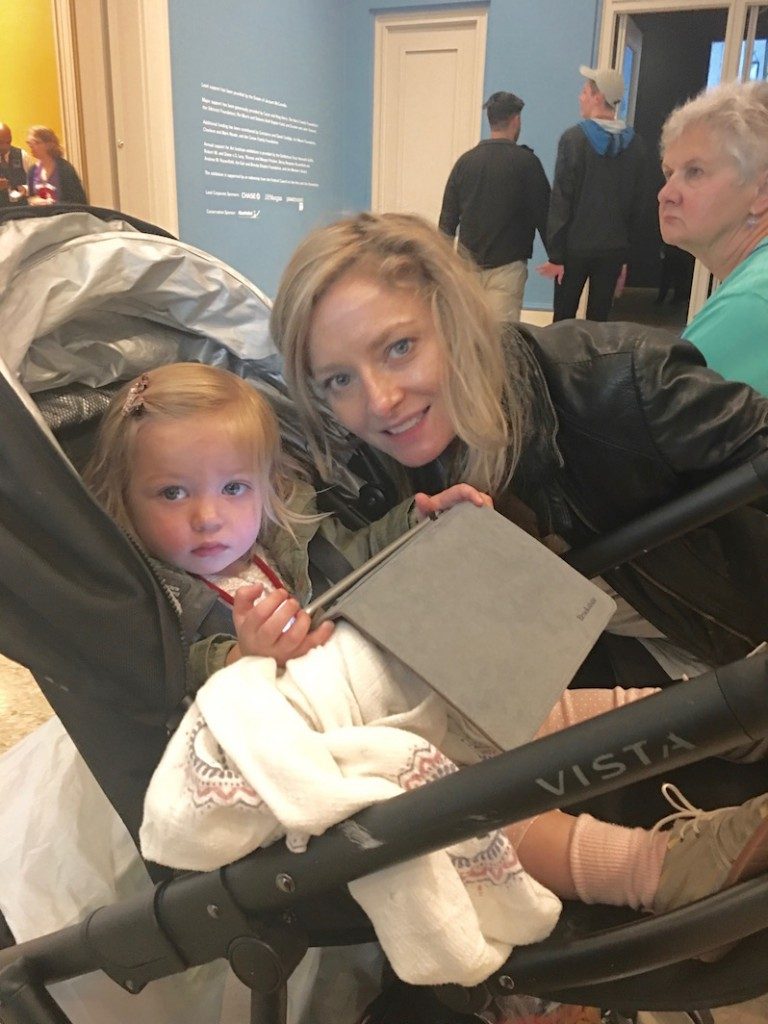 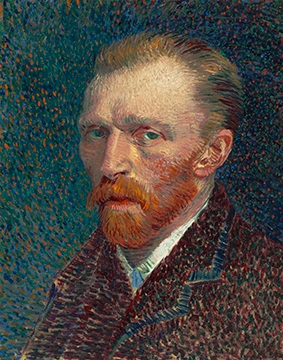 Presented only at the Art Institute, this exhibition was the first dedicated to the artist’s three “Bedroom” paintings, and presented an in-depth study of their making and meaning to Van Gogh.  The exhibit featured approximately 36 works by the artist, including paintings, drawings, and illustrated letters, as well as a selection of books and other ephemera known to have been in Van Gogh’s possession. It was an innovative yet intimate look at one of the most beloved and often-misunderstood artists of all time. 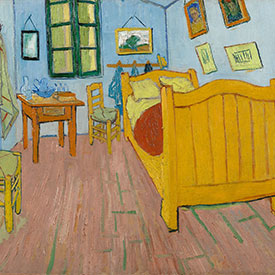 Van Gogh painted his first Bedroom just after moving into his beloved “Yellow House”—the first place that truly felt like home—in Arles, France, in 1888. He was very pleased with the painting and delighted that artist Paul Gauguin, who moved in a week later, admired it as well. Full of colors inspired by the theories of Neo-Impressionist painter Georges Seurat, this painting is a very faithful depiction of Van Gogh’s bedroom at the time, down to the portraits that appear on the wall. It is now in the collection of the Van Gogh Museum in Amsterdam.

Unfortunately, flooding in the Yellow House later that year caused damage to some of the artist’s canvases, including the first Bedroom. While at an asylum in Saint-Rémy, Van Gogh asked his brother Theo to have the painting reinforced with a lining, but Theo suggested that Van Gogh paint a copy before such a risky procedure be attempted. In early September 1889 Van Gogh finally felt he was up to the task, writing to Theo: “I’ve redone the canvas of the Bedroom. That study is certainly one of the best.” Identical in scale and yet distinct from the original, this second version is now one of the icons of the Art Institute’s permanent collection. 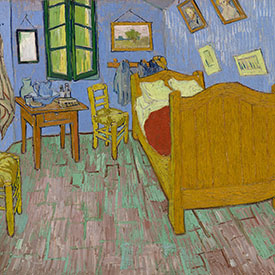 Three weeks after he painted the second version of The Bedroom, Van Gogh created a third on a slightly reduced scale as a gift for his mother and sister Willemien. He had decided to make small copies of some of his best works for his family to decorate their home. These were in­tended as gifts but more importantly as visual testaments to his progress as an artist. This third version is now at the Musée d’Orsay in Paris. 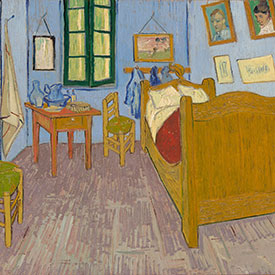 While the three paintings at first appear almost identical, when examined closely, each reveals distinct and unique details.

I enjoyed the study between the three paintings 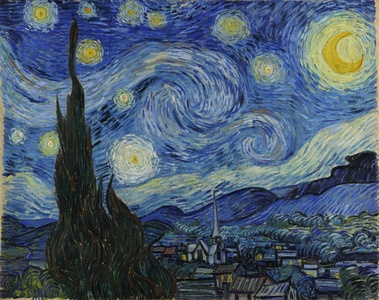 Artsy’s website: All you want to know about Van Gogh’s Starry Night (Starry Night is part of permanent collection at MOMA (Museum of Modern Art) in New York

I love Vincent Van Gogh!  Who doesn’t?  So when I was recently contact by Diana from a website called ARTSY and asked if I would give a shout out to their webpage on Vincent Van Gogh (they had seen my blog on my visit to the VMFA “Virginia Museum of Fine Art”) it was a no brainer…”YES!”  Go to Vincent Van Gogh! 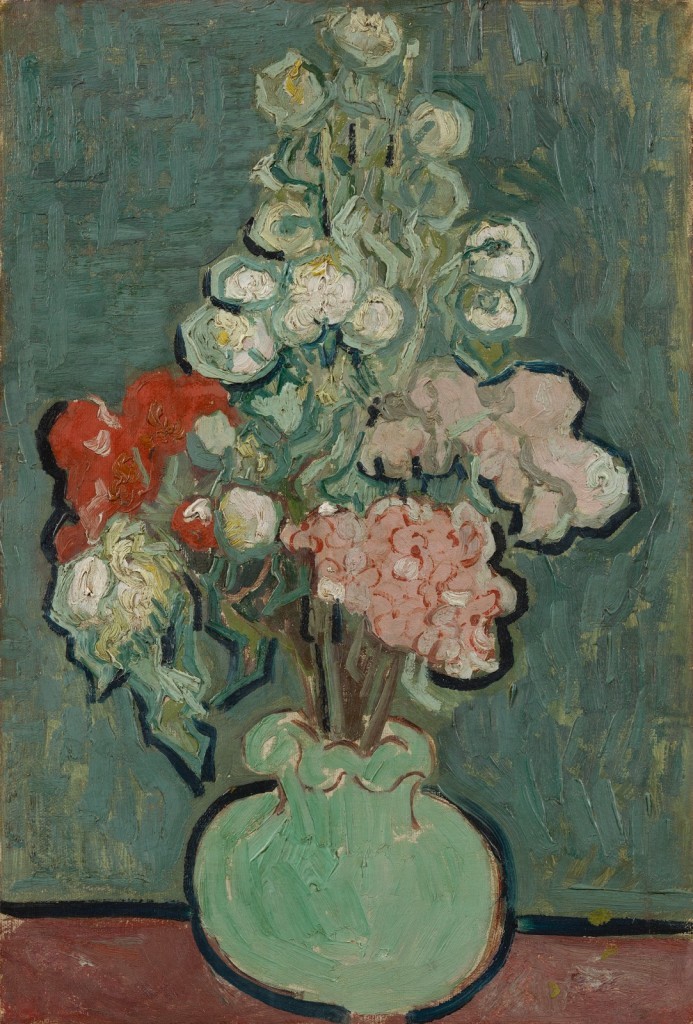 VMFA Exhibit “Van Gogh, Manet, and Matisse: The Art of the Flower”

First a little about Artsy.  Artsy’s mission is to make all the world’s art accessible to anyone with an Internet connection.  (You have to do a simple registration…but this is all at NO COST!)  ARTSY is an art discovery platform whose mobile apps and website are frequently described as a “Pandora for fine art.”

They are also a resource for art collecting and education. But it is so much more…what a resource!   They feature over 40,000 artists, they feature galleries from all over the world (over 600).  They have auctions of incredible works of art.  They are an incredible resource for art.  For instance if you want to know about Vincent Van Gogh, you can go to their page on Vincent Van Gogh where you can read his biography, look at his works of art (for instance I love Van Gogh’s “Sunflowers”) 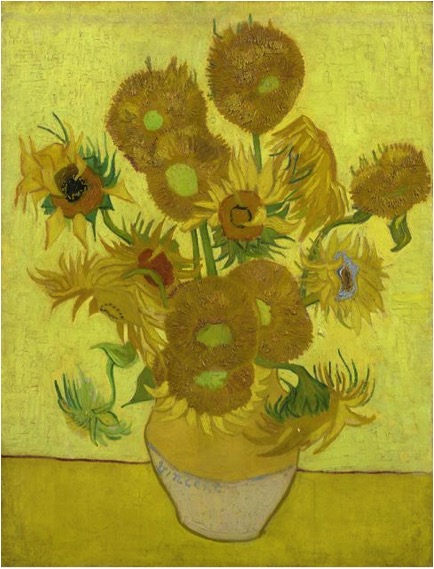 But not only can you see this great masterpiece but you can also see it in the museum where it is on display (this great work is on display at the Van Gogh Museum in Amsterdam-see it here.)

It is a great resource to keep up on the news in the art world.

On Artsy’s website you can learn all about Vincent Van Gogh…read articles about him and his works of art, learn of shows where his work is being shown and see related artists.  There is much to see on this website.

Artsy does not do this on just the classic artists but they do this on thousands of artists past and present!  You can easily discover new and upcoming artists!  AND if you are in the market they help you collect works of art…definitely spend some time exploring this website…