This election was a very strange happening…but I was taken by surprise when at the grocery store I saw a magazine lauding “Madame President”!  I thought I was dreaming but then realized this was the modern day version of the Dewey/Truman campaign election… 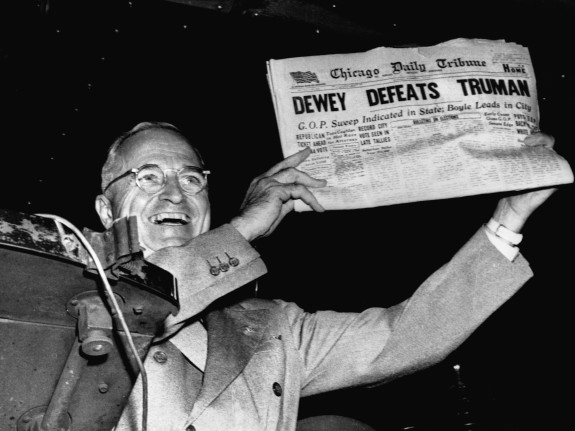 And our modern day version 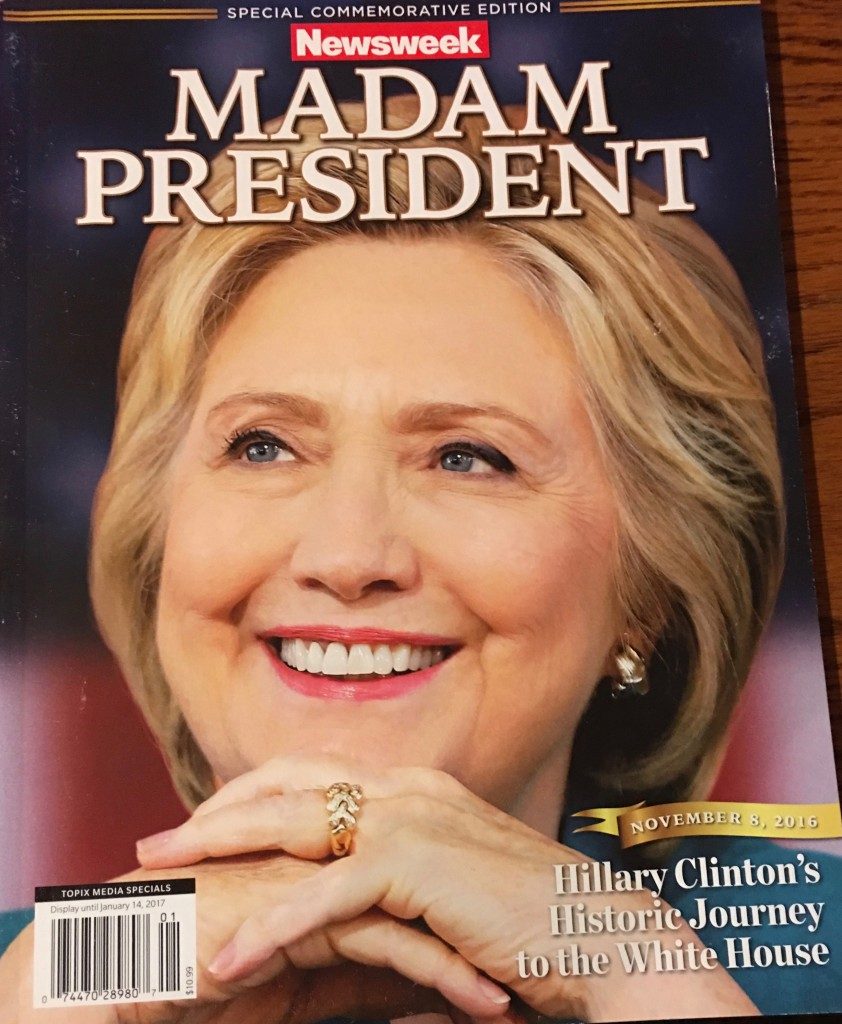