NASA has released a picture of Earth taken by the Cassini spacecraft, which is currently orbiting Saturn. Guess what? We’re a tiny blue dot engulfed in the vastness of space. 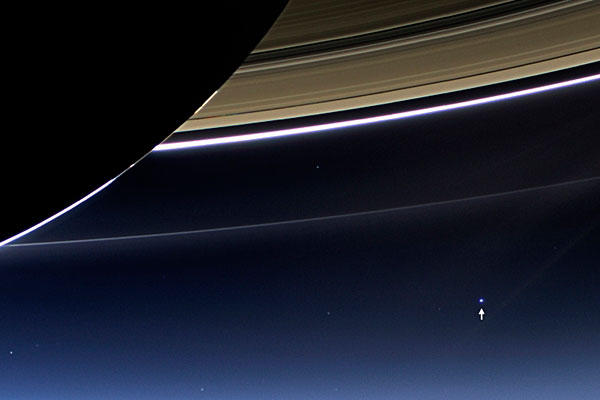 View of Earth from Saturn.