Many batches of slime created 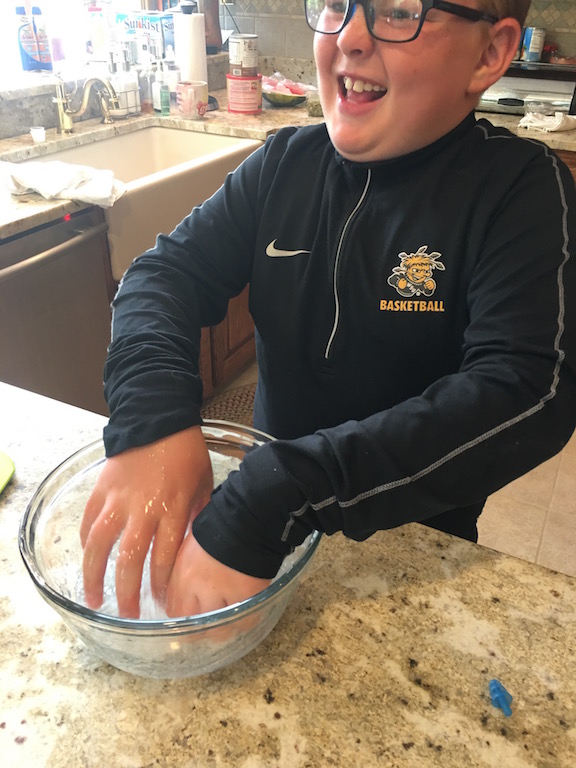 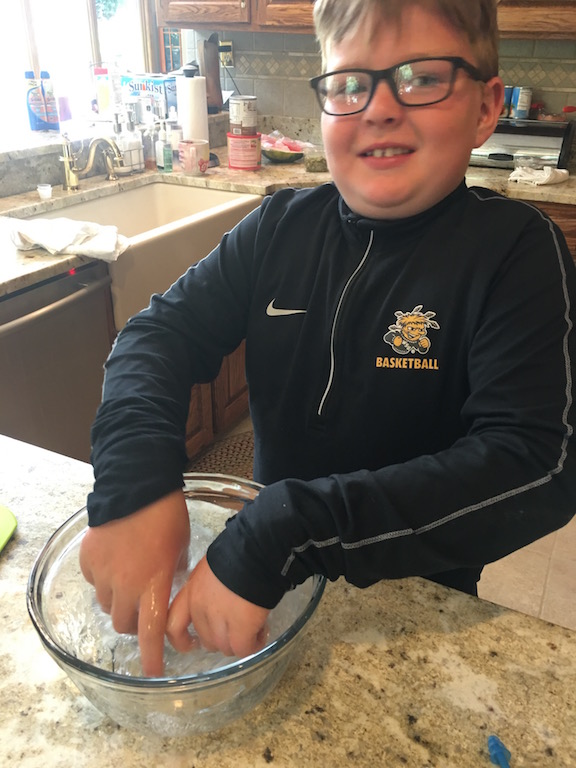 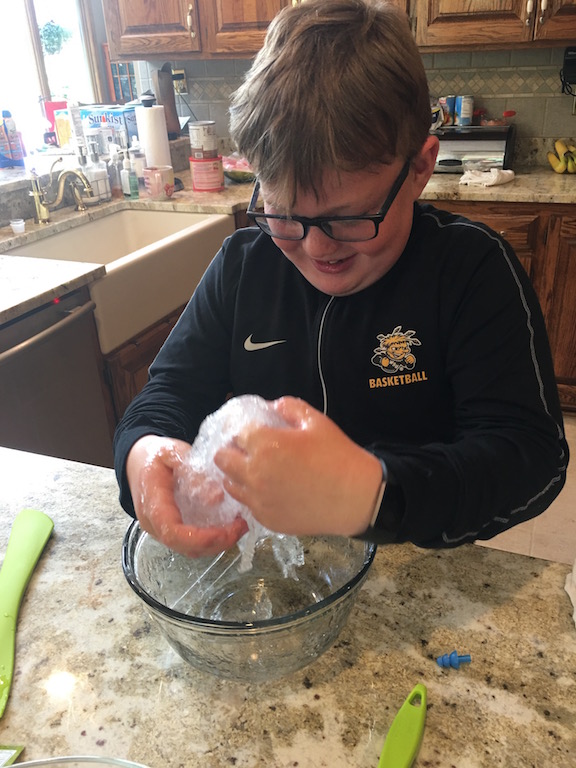 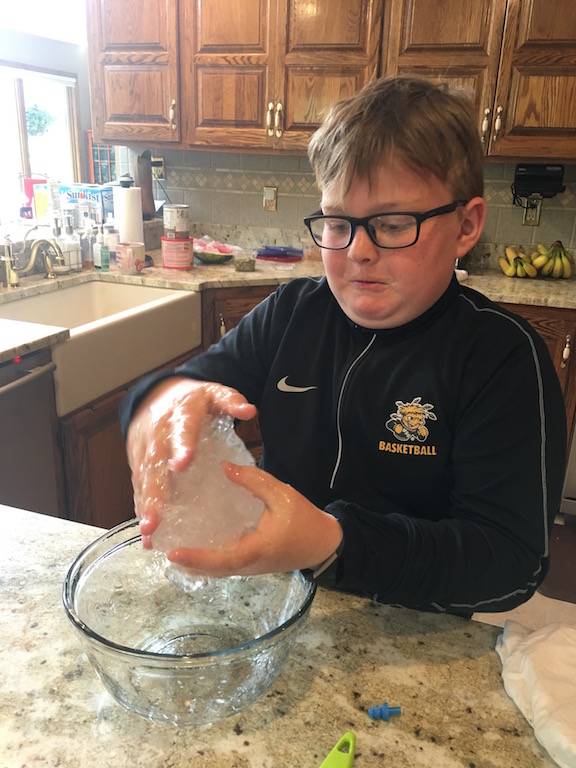 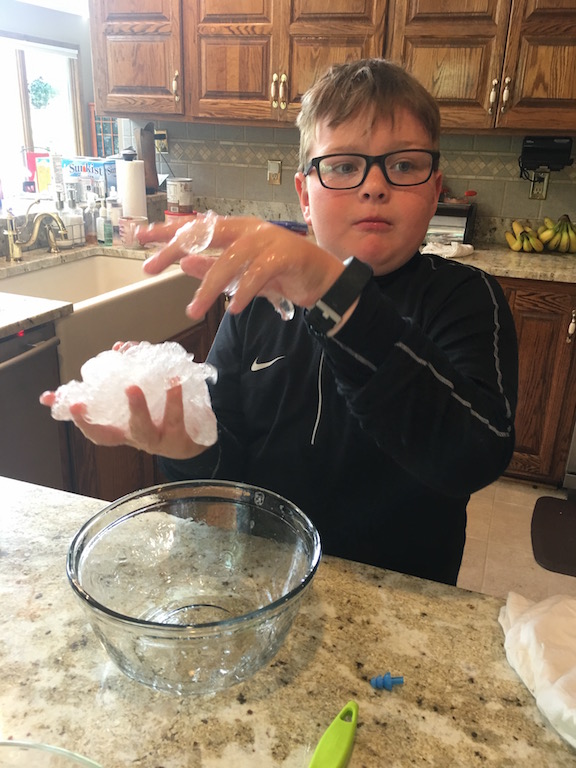 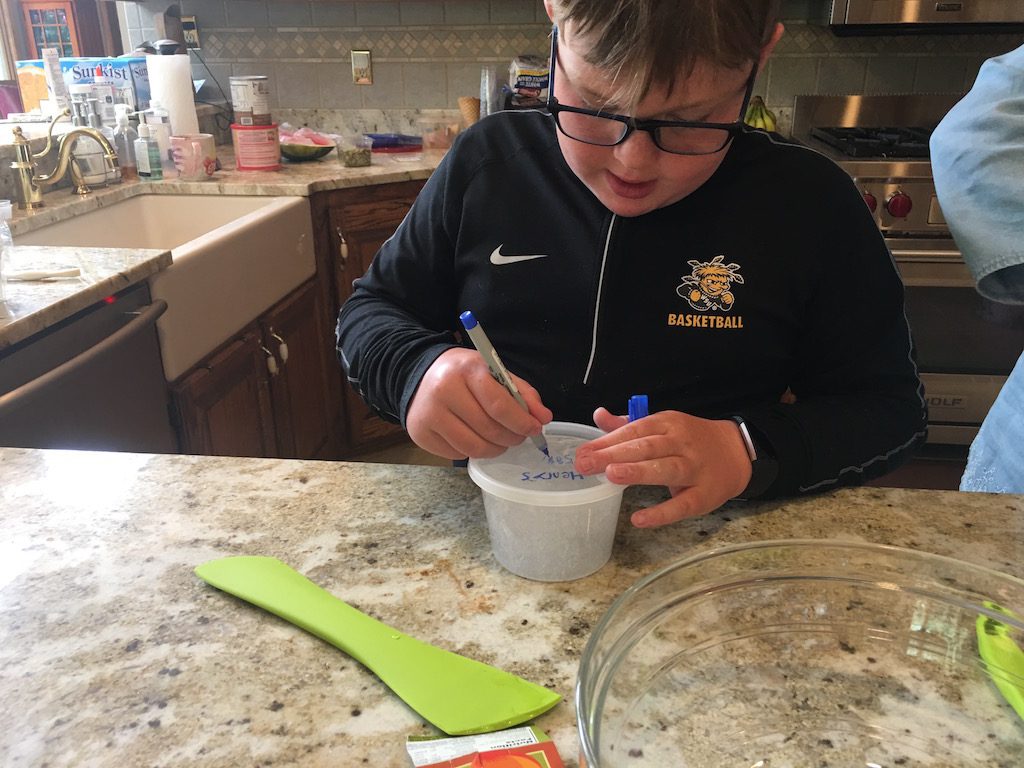 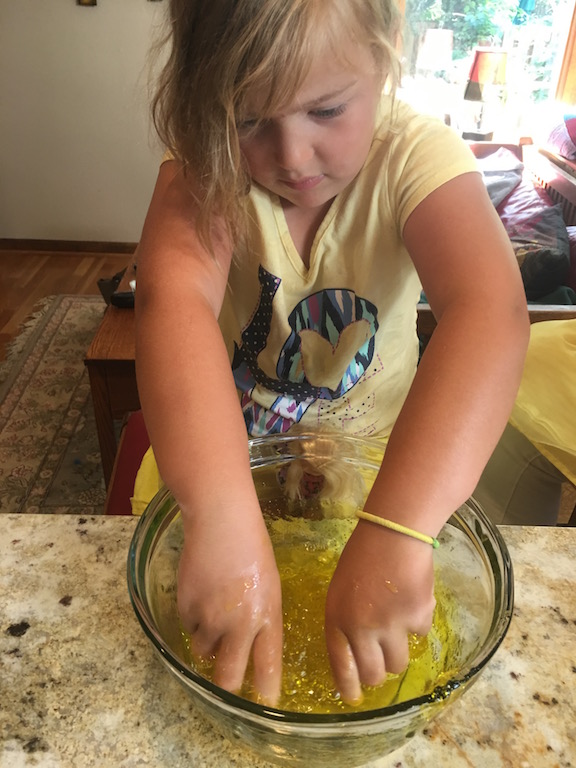 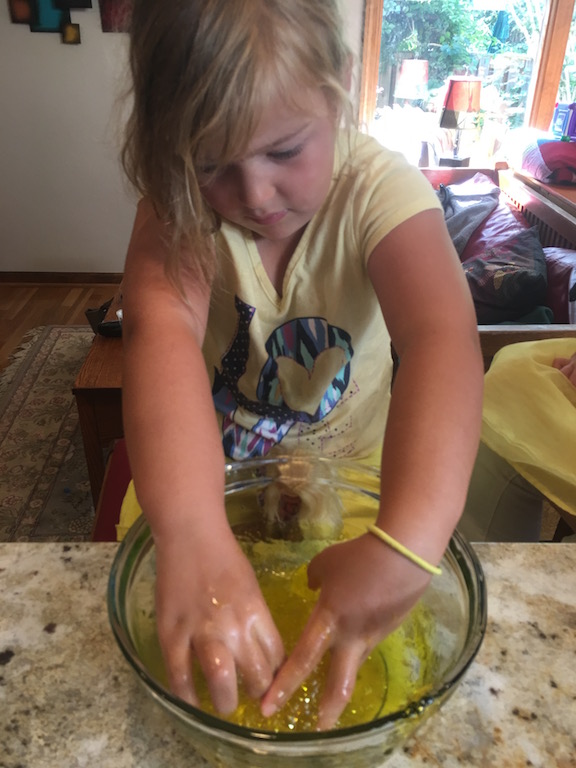 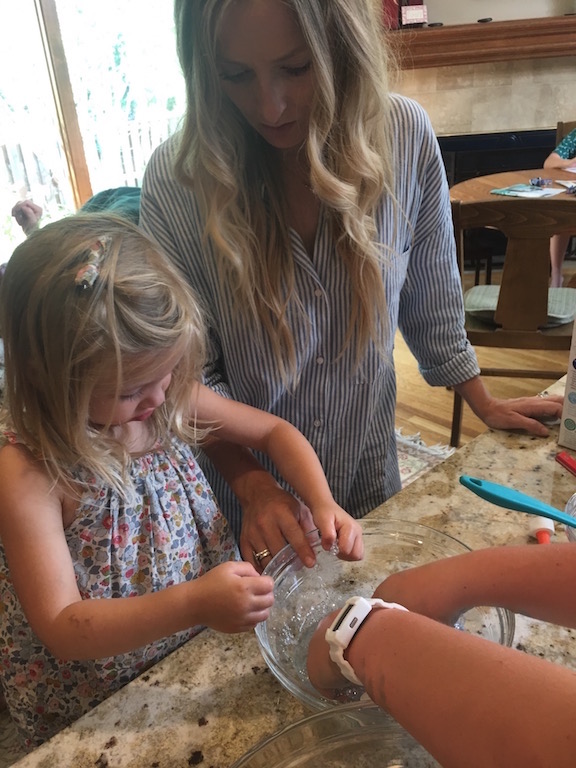 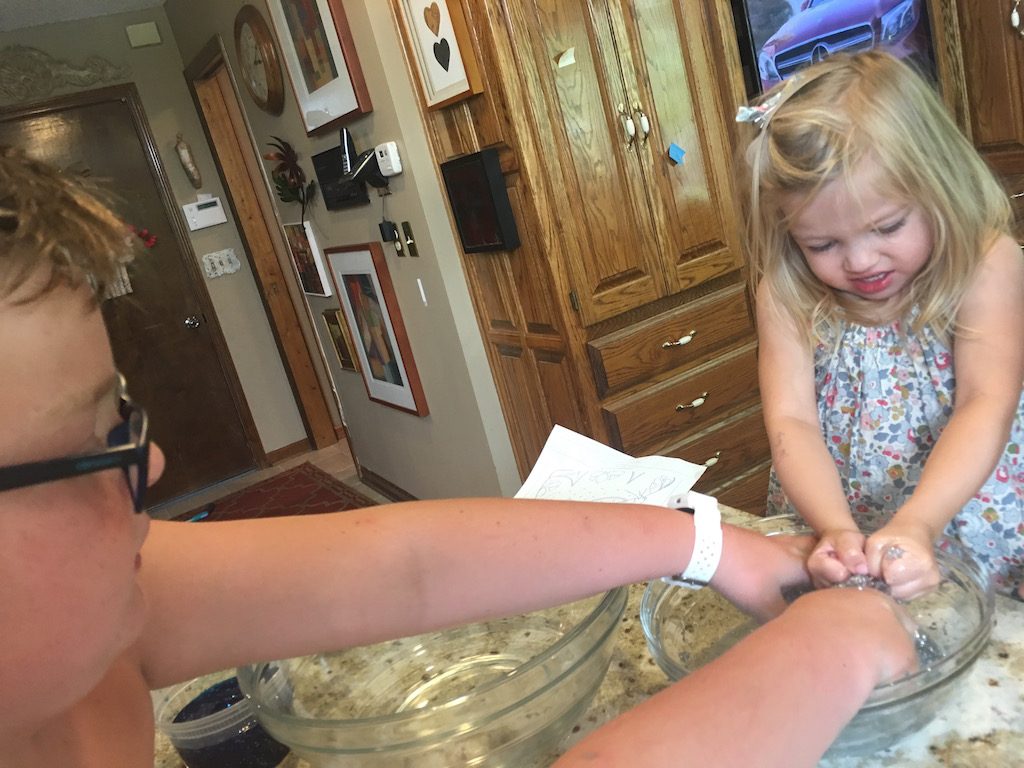 We used clear Elmer’s glue and *added food coloring and glitter.  *If you want to add color, sequins or glitter to the slime, mix it into the borax/water mixture once the powder has dissolved.

Elmer’s Clear Washable Glue. {use white glue and check out the recipe here} 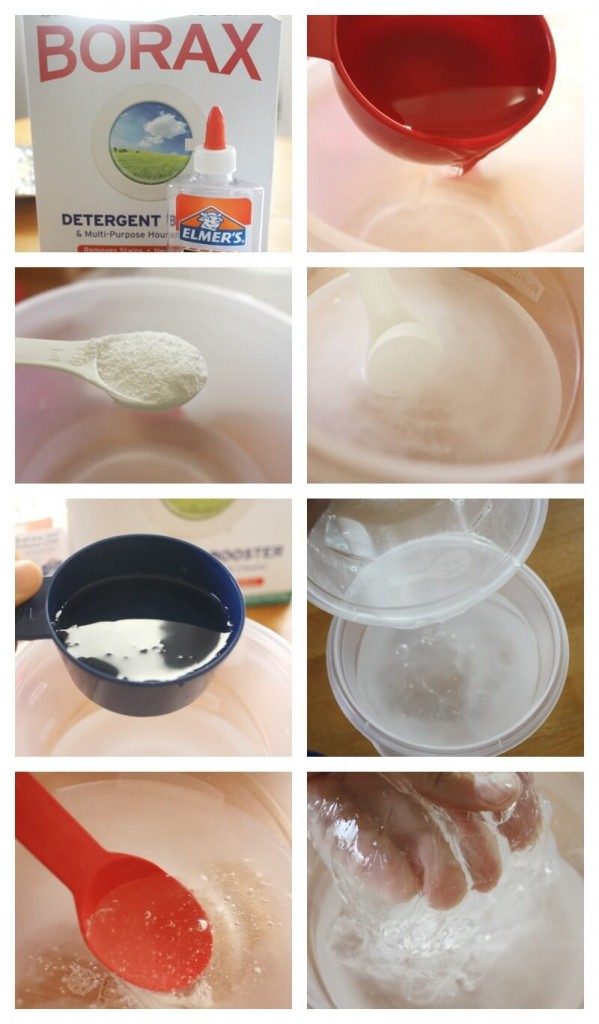 Step 1: Dissolve 1 teaspoon of borax powder into 1 cup of water in one of the three bowls. I usually use room temperature water. There will still be some powder grains left in bottom of bowl. Don’t go crazy mixing it, but spend a good minute.

Step 2: In the second bowl measure out about 1/2 cup of clear glue and mix with 1/2 cup of water until well mixed

Step 4: Get your hands in there and mix.

Step 5: You will see it come together right away. It will seem stringy and clumpy, but that’s ok!

Step 6: Spend a few minutes kneading the mixture together. You will have left over borax solution.

Step 7: Transfer your slime to the third bowl which should be clean and dry.

Step 8: Give it 5 minutes to come together. Even better the next day too!