Another fun day was a drive to the coast to see a light house at Cape Meares. 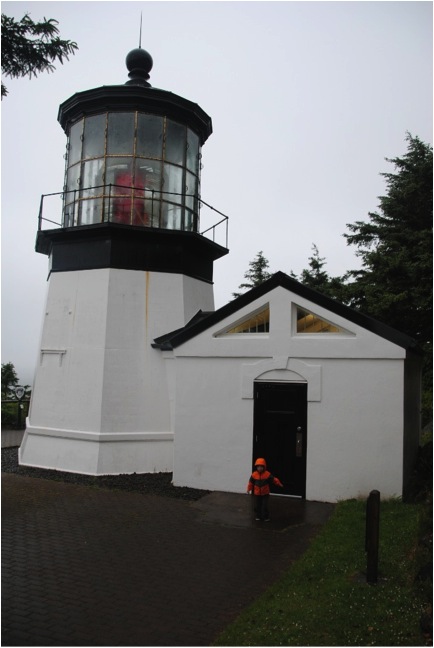 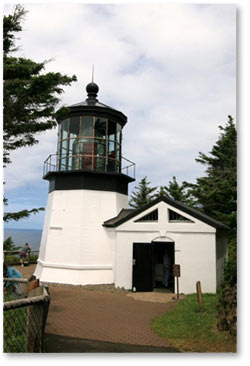 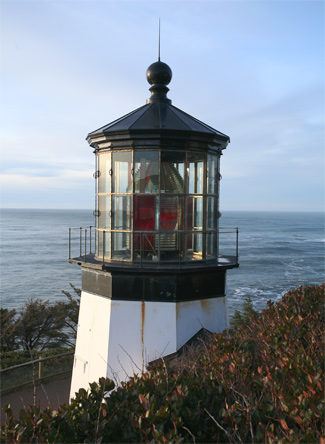 The Cape Meares Lighthouse resides 200 feet above the Pacific Ocean just beside steep cliffs.   On January 1, 1890 Cape Meares was lit by Anthony Miller (the first principal keeper) and his two assistants.  At this time, the lighthouse consisted of a fire-wick kerosene lamp and an eight-paneled lens that had both red and clear panels to create a red flash every minute.  Cape Meares’ light could be seen for 21 miles.  A number of families took care of this lighthouse through its years.  Cape Meares Lighthouse experienced weddings, childbirth, and one death.  A keeper, and new father, by the name of George Hunt became sick and died from severe pneumonia on July 10, 1903.  While tending a lighthouse may seem like a fun job, it comes with a price.  Most lighthouses, including Cape Meares, were a good distance and difficult journey from the rest of civilization. In 1963 the original lens was replaced by a flashing light.  The lighthouse no longer needed someone’s careful eye.  A few years after this, the Oregon State Parks took control of the area.  You can now view the lighthouse by visiting Cape Meares State Scenic Viewpoint.  The parking lot you will use was once the keeper’s dwelling and barn.  The path you follow down to the lighthouse is the same path that the keepers once used. You will also find the “Octopus Tree” nearby.  This is another terrific attraction in the area. This tree is a giant Sitka Spruce that is 50 feet in circumference, and has six limbs that are 12-feet around. 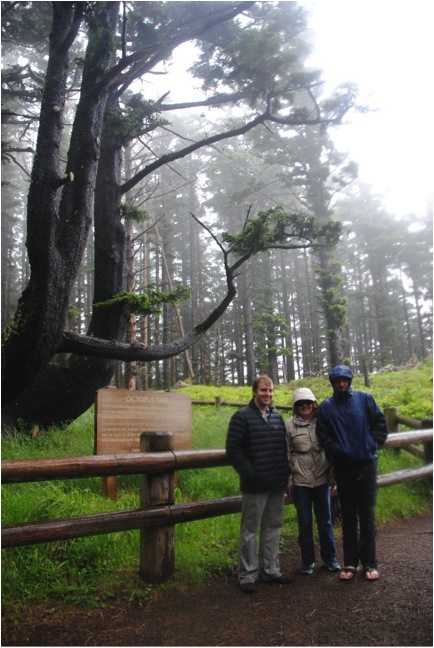 B.J., Jenn and Bob in front of Octopus tree 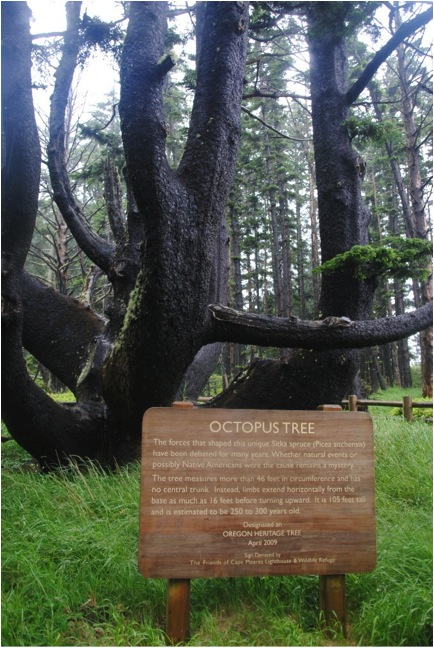 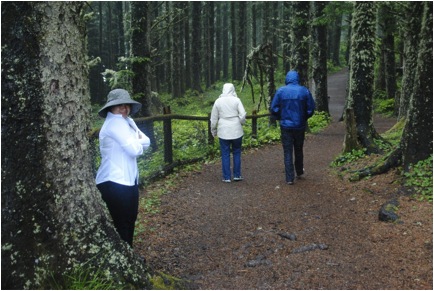 Walking the path to the Octopus tree 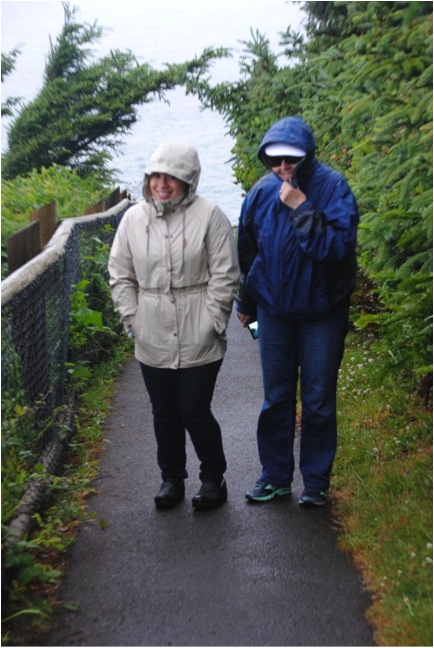 Rainy day on the coast 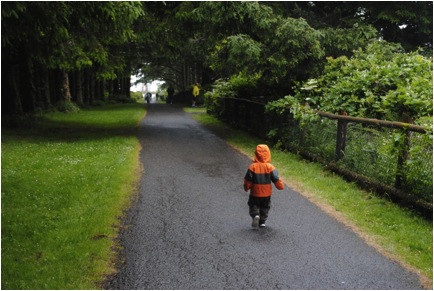 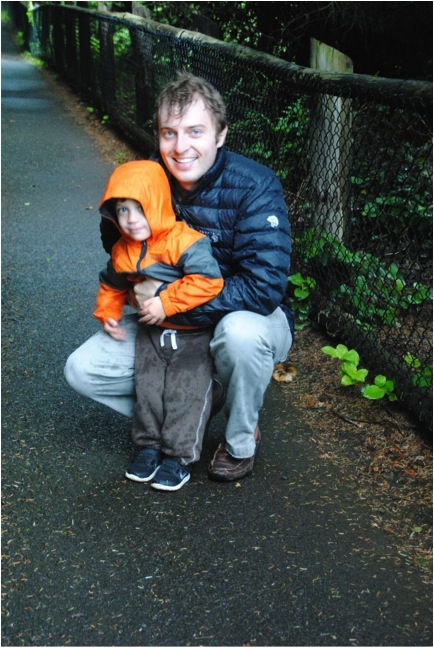 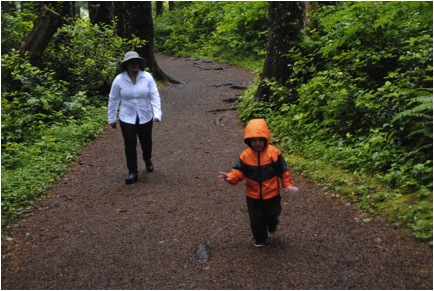 We also visited the Tillamook Cheese Factory.  Now that is a real treat…ice cream and cheese treats! 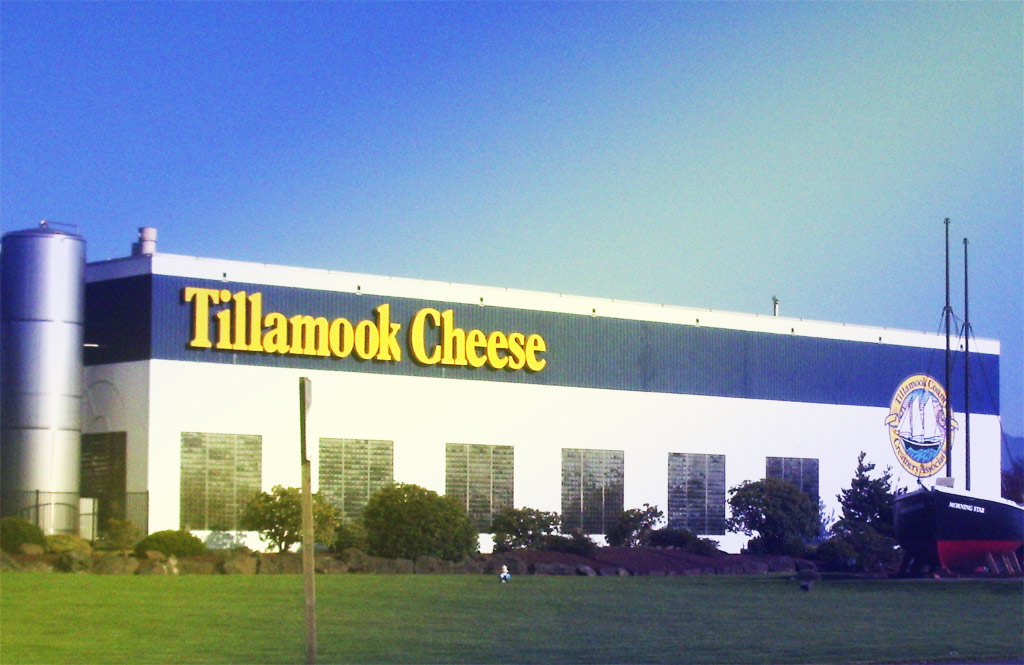 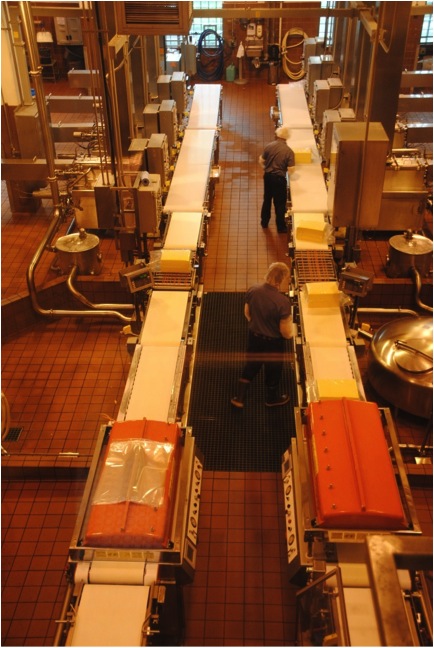 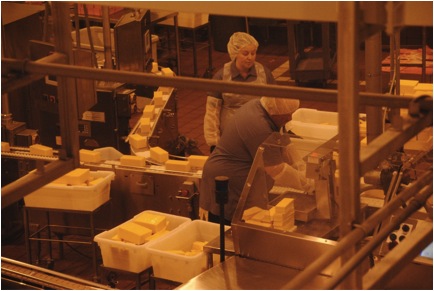 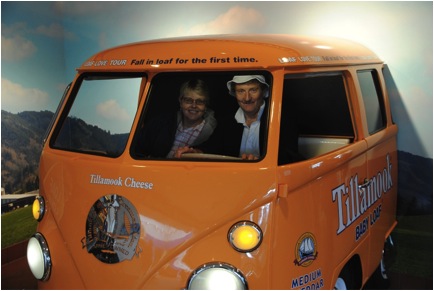 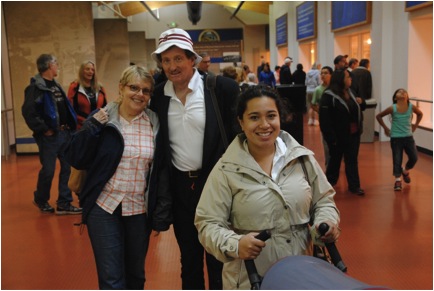 One can take a self guided tour and watch how cheese is made. The Tillamook cheese factory makes 167,000 pounds of cheese every day! Tillamook’s cheddar ages between 60 days and 3 years in their massive seven story refrigeration warehouse, capable of holding 50 million pounds of cheese. You can learn about the difference between processed cheese and Tillamook’s natural cheese here.