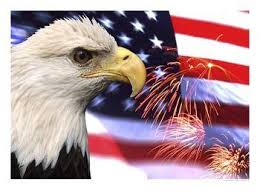 I want to mention something that is currently happening in the news.  I have not expressed my thoughts or my stand on any political happenings so far in my blog so this is a departure.

As a family, we have read a journal kept by an ancestor.  It was fun to see how they lived, to know their thoughts, to read their take on current news… which had become part of our history.  I always wished there was more written, not less.  The journal allowed us to know him better.   My blog is my journal.  So I thought I would share a few thoughts on a current news item.  This event will become a part of our U.S. history.

This represents only one small facet of my personal history.  I realize my thoughts, this blog, will have no influence or consequence on anyone. Perhaps it will give those that come after me, those few that want to know me better, a small understanding of who I am.

Currently, we are in a government shutdown…with a debt ceiling crisis looming on the horizon.  Here are my thoughts as of today.

I think a leader should lead.  It is as simple as that.  We currently do not have a President that leads this country.  We have a stalemate in Congress.  Each side has become so exasperated with the other side, that both sides refuse to budge…consequently the current stalemate.

One has to ask, “What is a leader, a good leader?”

A leader is defined in the dictionary as a person that has the power or ability to lead other people.  But it is more than that.  A leader is a person that has the ability to bring people together that might not otherwise be brought together.  A leader brings  people together deliberately to bring about a result that might not otherwise have been  achieved.

A good leader is a force so positive he is able to turn a negative situation into something good, he can turn a bad situation around (i.e. a failing business can become a booming business).  The leader can unify divisional groups, bring those groups together, and lead everyone to a better place.  A leader can find common ground in divergent paths.

A leader can inspire, and make people want to do good, want to be better and most importantly want to make it better for everyone involved.

A good leader cares, really cares about the people he is leading.  He does not lead for personal gain.

A good leader creates an environment that nourishes, invigorates, and inspires his followers.  He creates a positive environment.

A leader when faced with a stalemate between groups of those he is leading,  does not take a stand of further divisiveness but looks for ways to unify.  He does not give ultimatums.  Ultimatums are given by dictators, not leaders.

A leader is a person that can keep a group of people together even in tough times.  He does not alienate certain factions within the group.  He makes everyone want to work to make it better for the whole, not just better for a fraction of the whole.

Everyone wants to do their fair share when being lead by a good leader.

When faced with a dilemma, a leader will sit down with all parties involved and work to find a solution for that dilemma.

A leader does not alienate a part of his followers by working with one group and not the other, he pulls everyone together.  Those being lead, are made to feel like an important and necessary part of a greater whole.

A leader meets problems head on and does not evade his responsibilities.

A leader faces problems and obstacles in a positive but purposeful and thoughtful manner.

A personal example of how this applies even in micro scale compared to the current problem would be when I was a PTA President (and I was young then).  If there were two opposing sides on a issue (and there were always opposing sides on every issue), I would never have dreamed of saying I would not negotiate with one side.  With such an attitude I would have been ousted very quickly.  I worked with representatives from the opposing sides (no matter how minute the problem seemed) and worked until a solution was found.

If a company, or any organized group of people, were as divided as what this country is now, the CEO or president of that group or organization would be fired.  More than likely, they would have been fired long ago.

I can understand why people in Congress take the stands they have taken, they are there to represent the people that elected them. They represent their constituents.  They are not the leaders of the whole country, just a representation of a fraction of the country.

The President is the leader of the whole country, not just the leader of a political party.  This current president forgets he is the leader of this country.   This president seems to want to stand with one party, one fraction, and in the process forgets to lead the whole.  He has been elected to lead EVERYONE in this country.  I have lived through many presidencies, and this is the most partisan President I have ever seen.  It is no surprise therefore, his leadership has figuratively painted us right into a corner with no place to turn and no where to go.  Stalemate.

It is time to lead Mr. President.

One aside…I did get to witness an example of leadership in the midst of this stalemate.  My hats off to the WWII veterans on an honor flight to the WWII memorial in Washington D.C.  (As reported on several news networks.)  On Tuesday, September 1st, the first day of the government shutdown, the vets arrived to find barricades around the memorial.  For over 90% of them this was their first time to the memorial.  And being in their 80’s and 90’s they knew it was, more than likely, their last and only visit.  These are the very men, the greatest generation, that on D-day found themselves landing on the beaches in the wrong spot, watching their buddies fall on both sides of them, had to re-invent their plan of attack.  They couldn’t wait for new orders.  They had to act.  They had to be innovators, they had to be leaders and find a way, under the most adverse conditions imaginable, lead the way to a seemingly impossible victory.  The actions of these WWII vets on Wednesday was  best example of “proper” civil disobedience I have seen in a very long time.  They made their statement by hurting no one, and they accomplished what they came to do, pay homage to those that lost their lives serving this country.   They stormed the barricades around the WWII memorial to make their dream come true and pay their respect to their fallen comrades.  I salute these WWII vets (and all those that serve our country.)  Watch the Day 1 video here  or CNN or followup CNN.