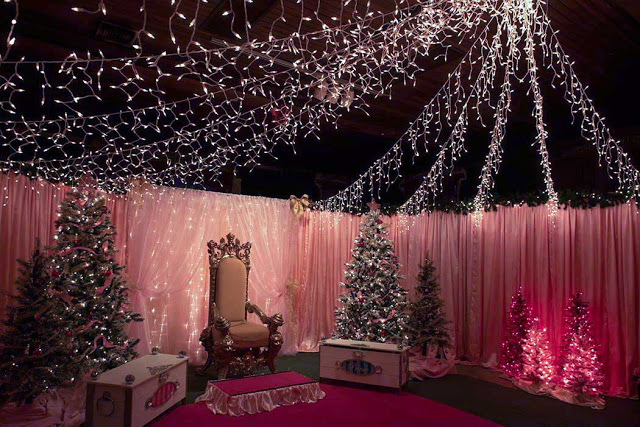 The visit seemed a little more involved this year inasmuch as we were greeted by other fairies that told the story of the fairies.  It certainly had our group entranced. 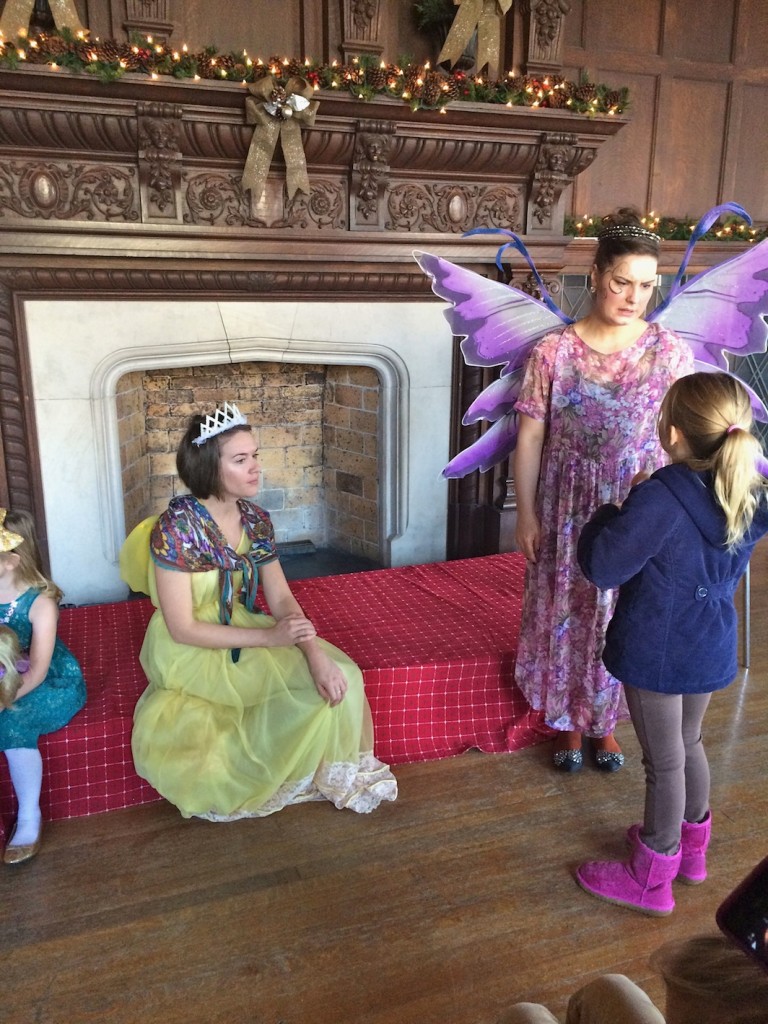 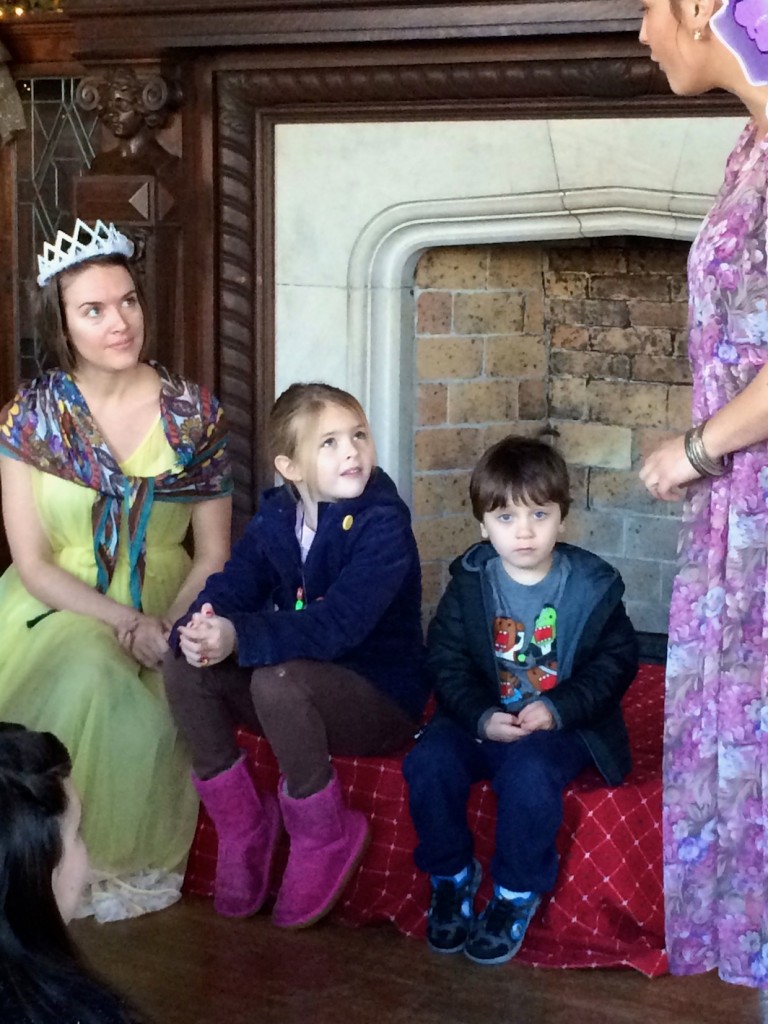 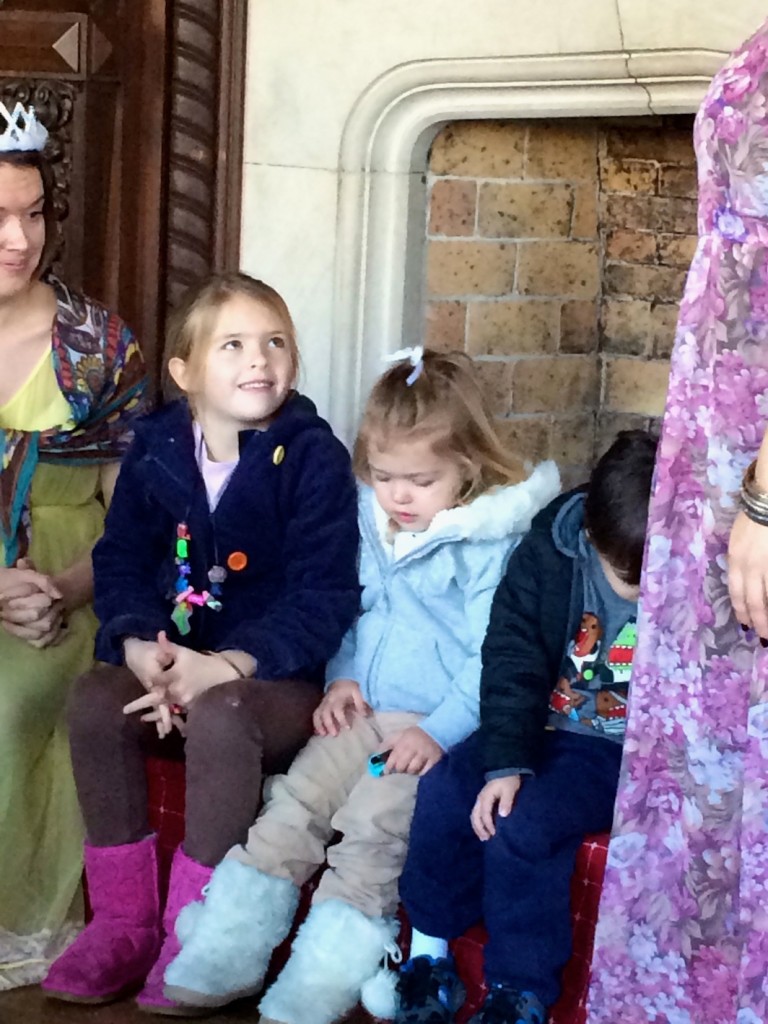 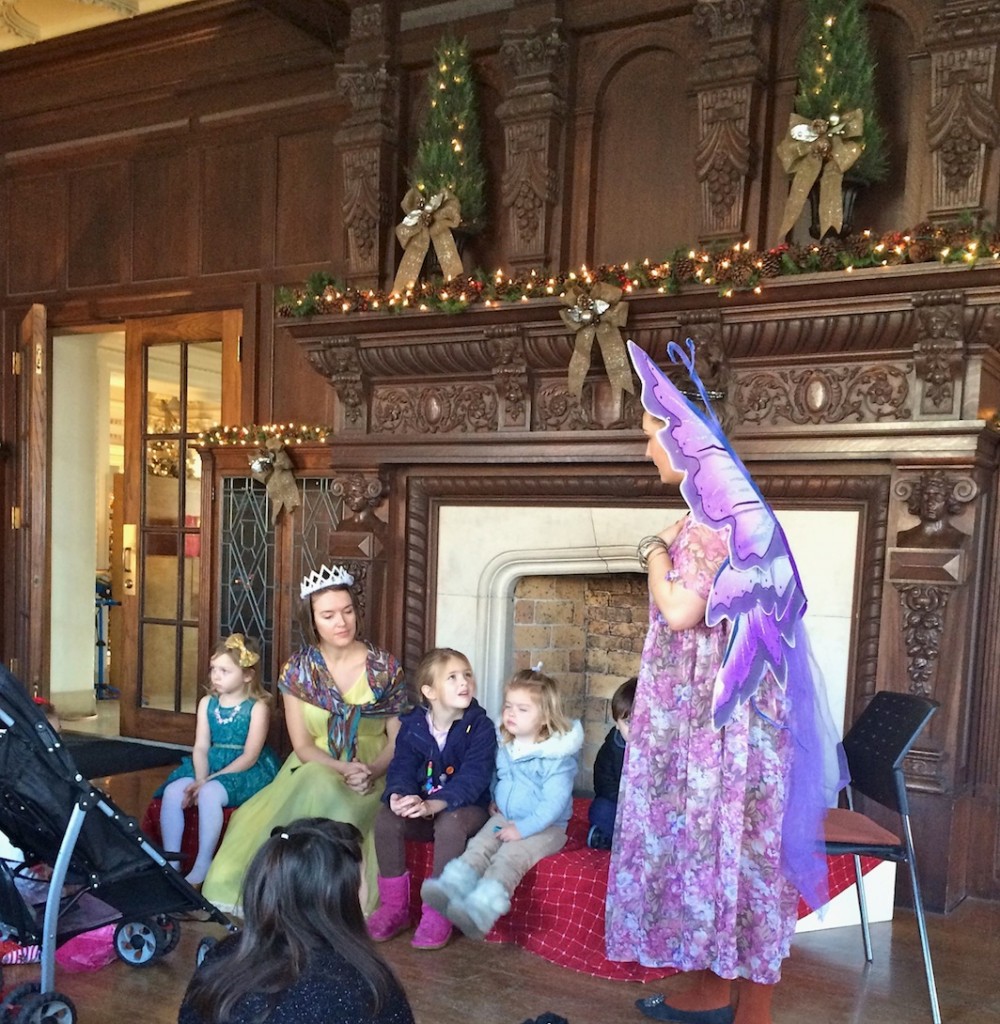 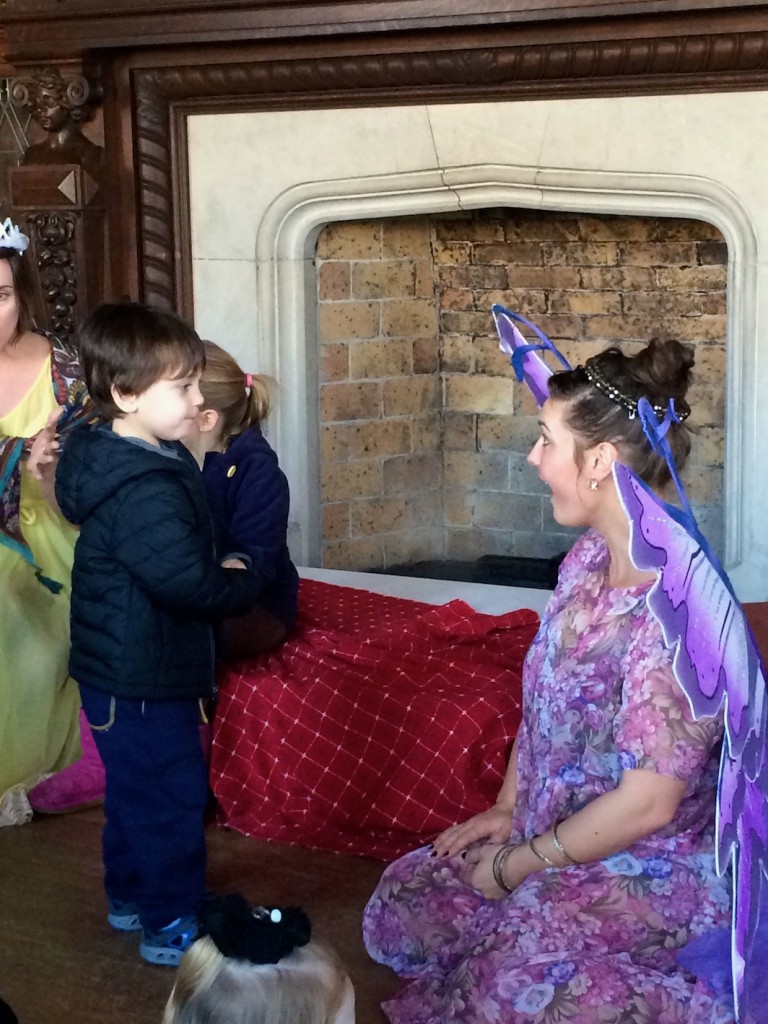 Meeting the Fairy Princess and receiving a gift. 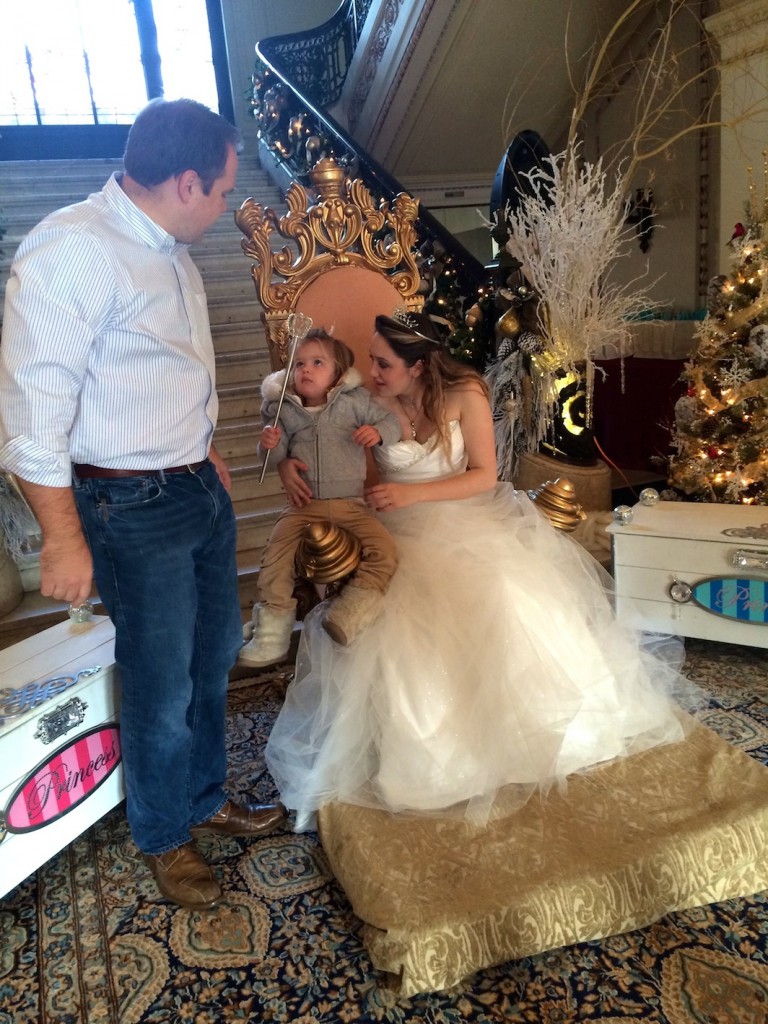 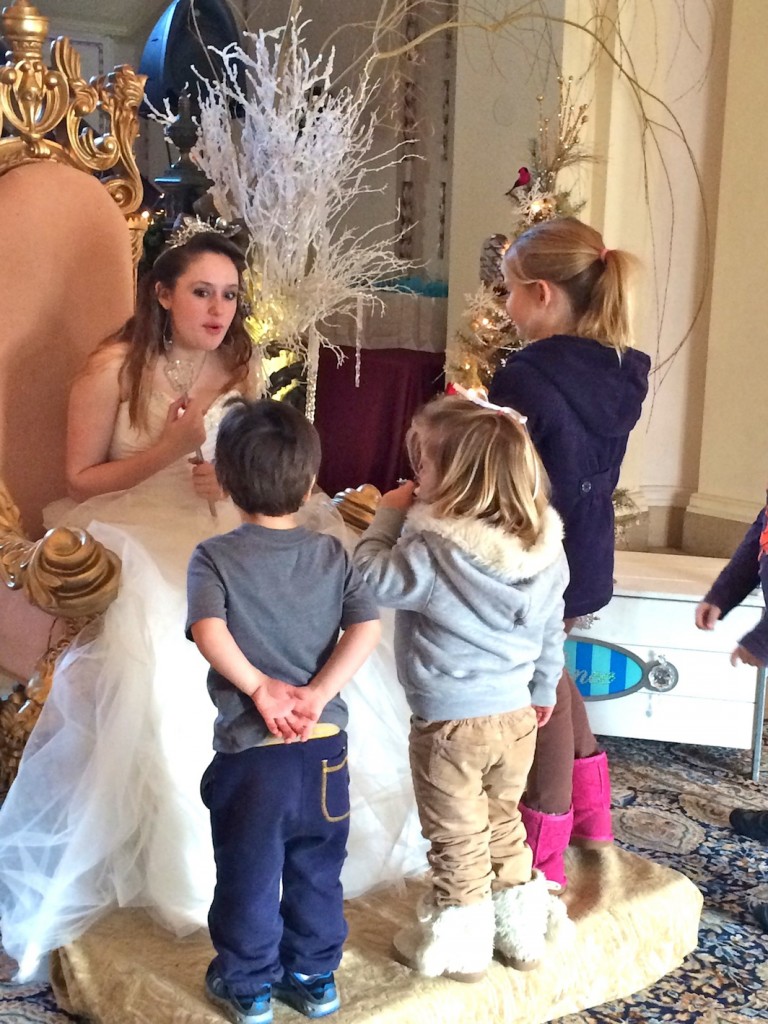 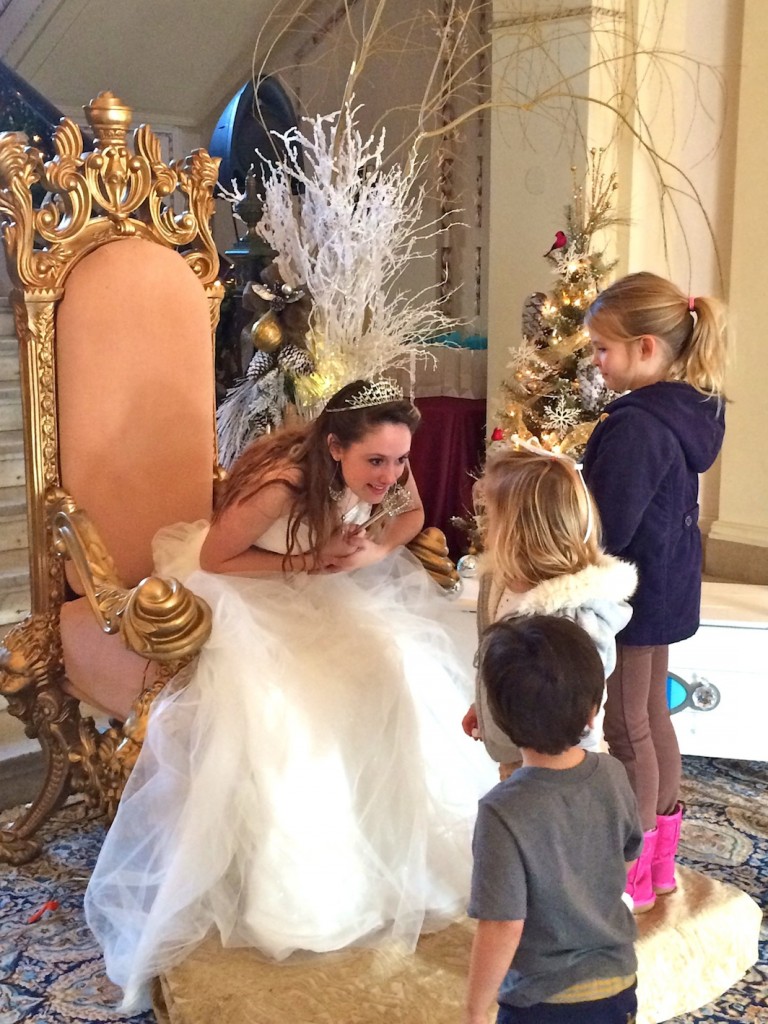 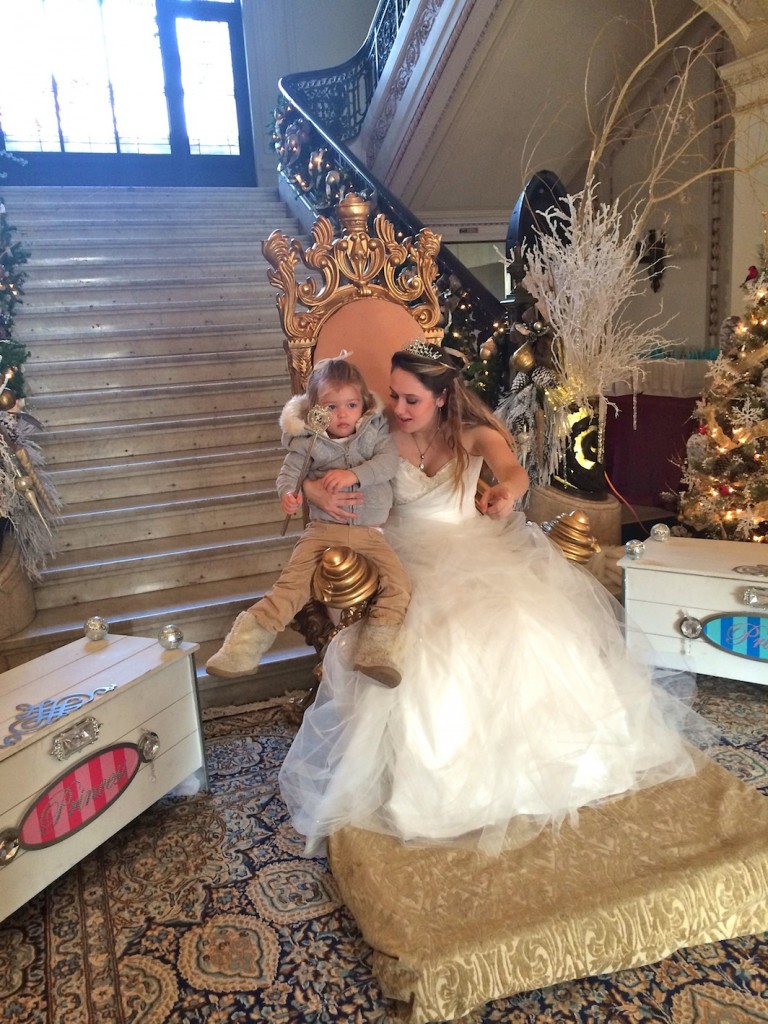 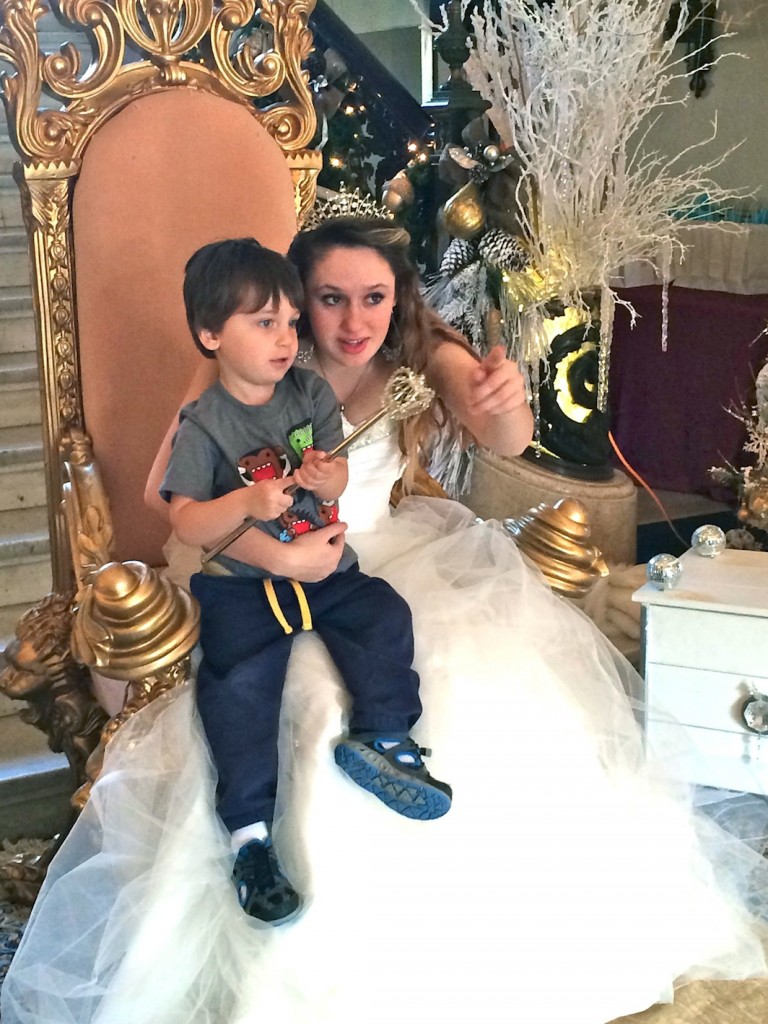 Jack and the Fairy Princess 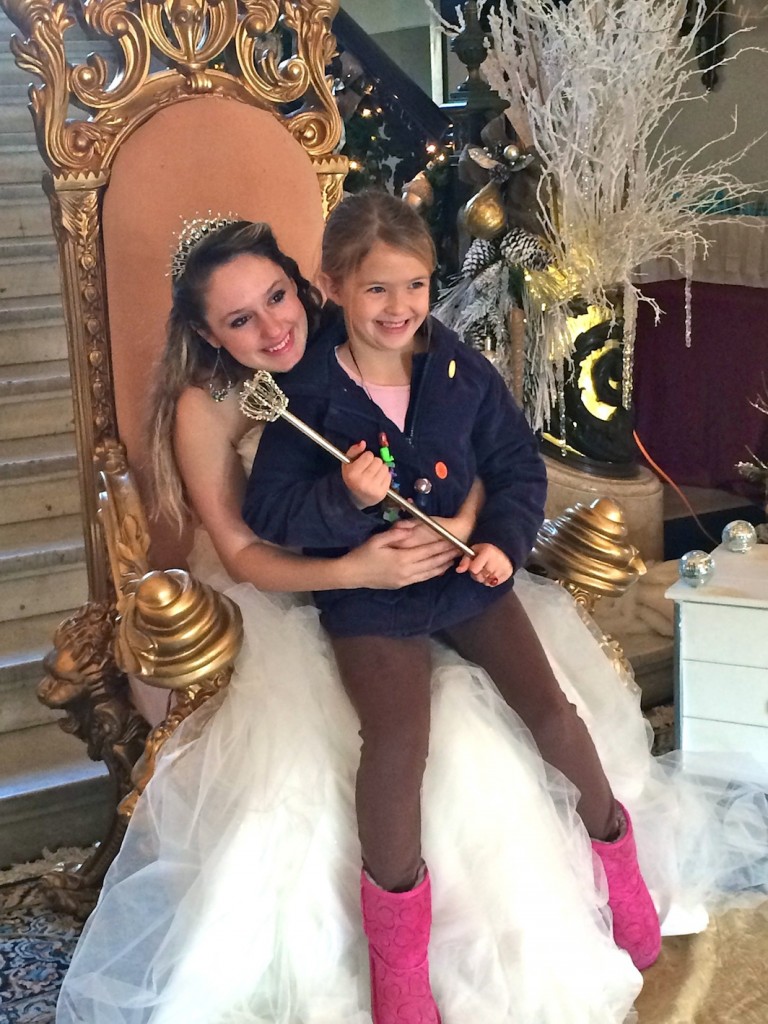 Becca and the Fairy Princess 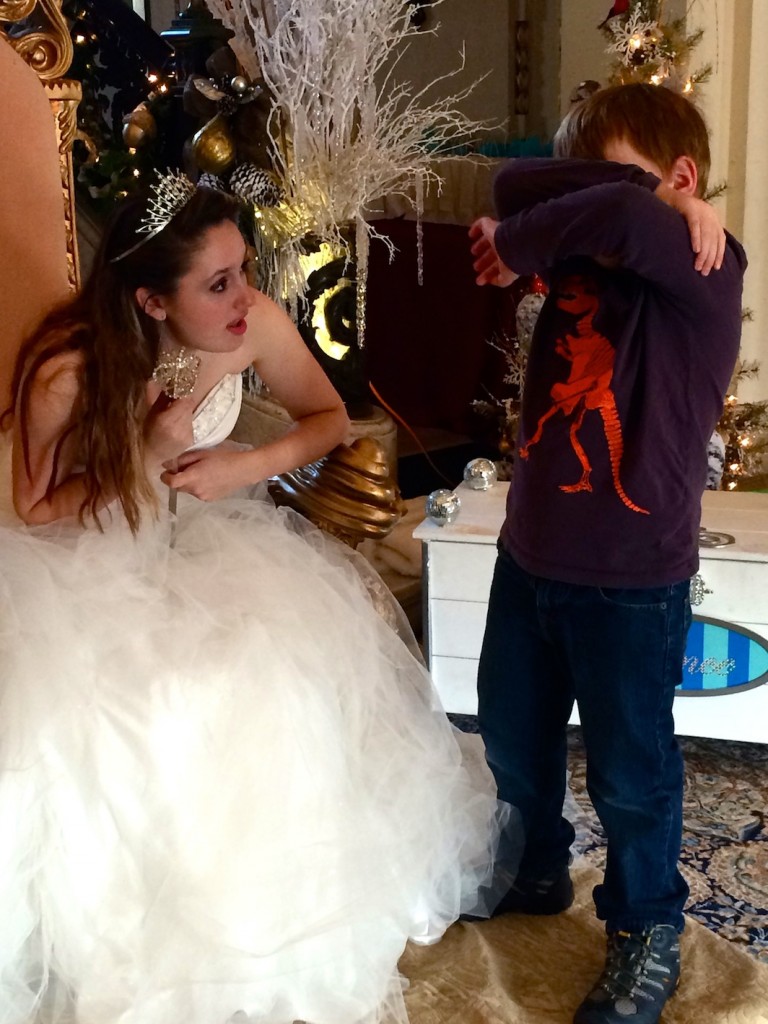 A not so happy Henry and the Fairy Princess 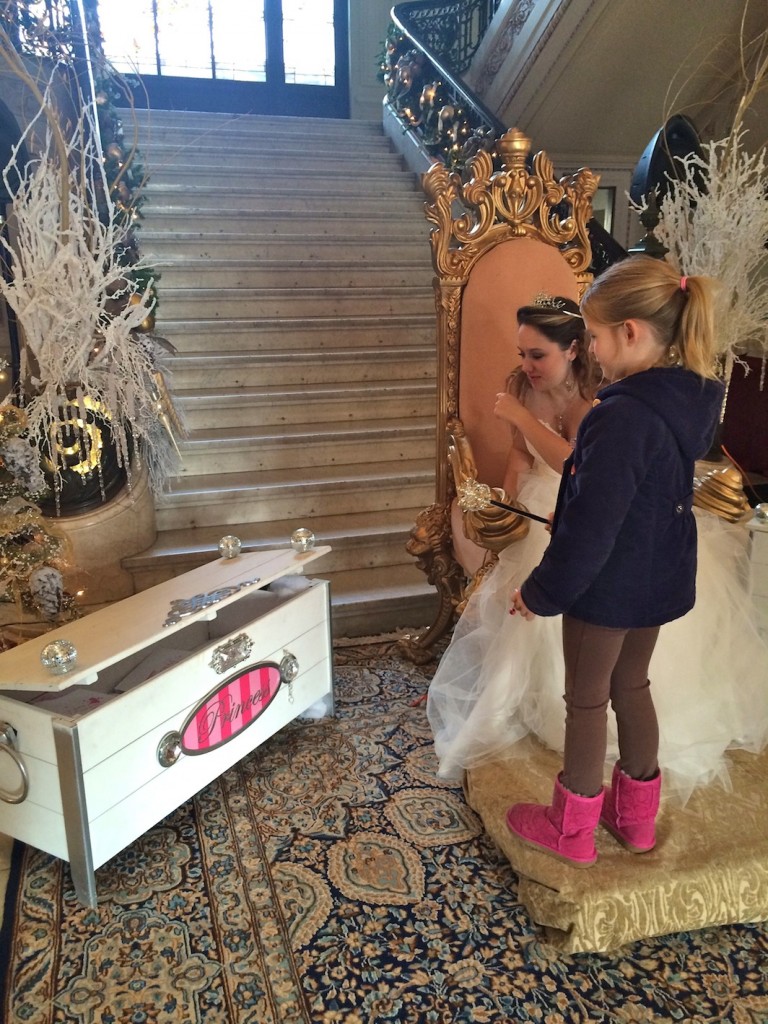 The magic of opening the present box 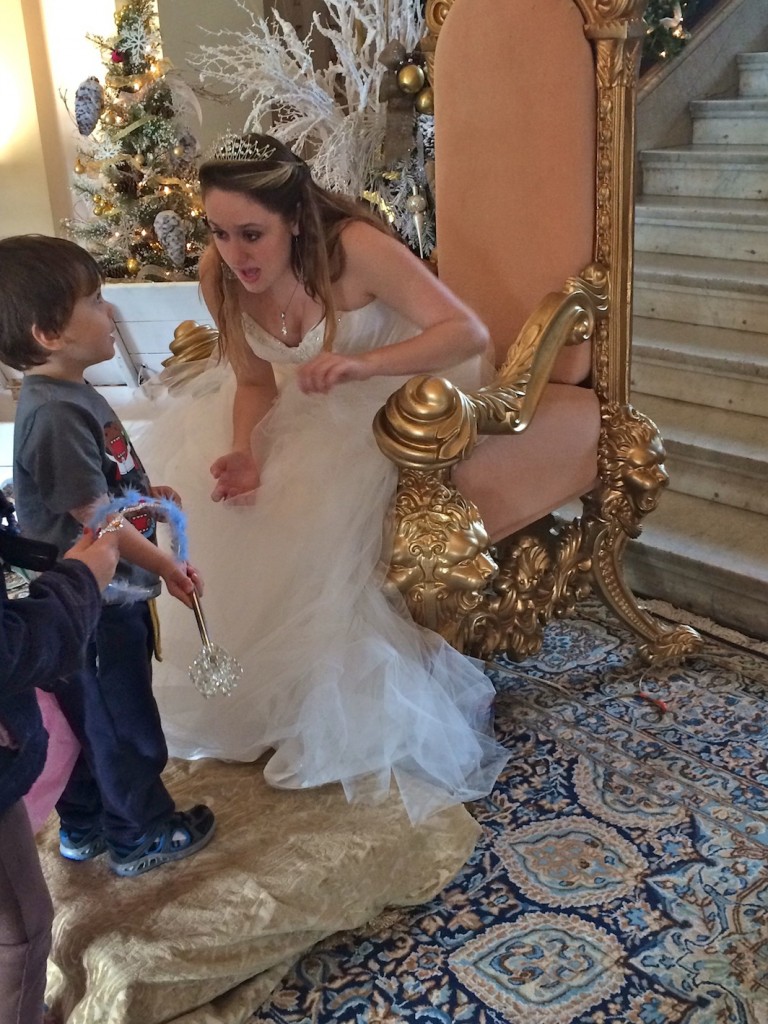 And making a craft after the visit. 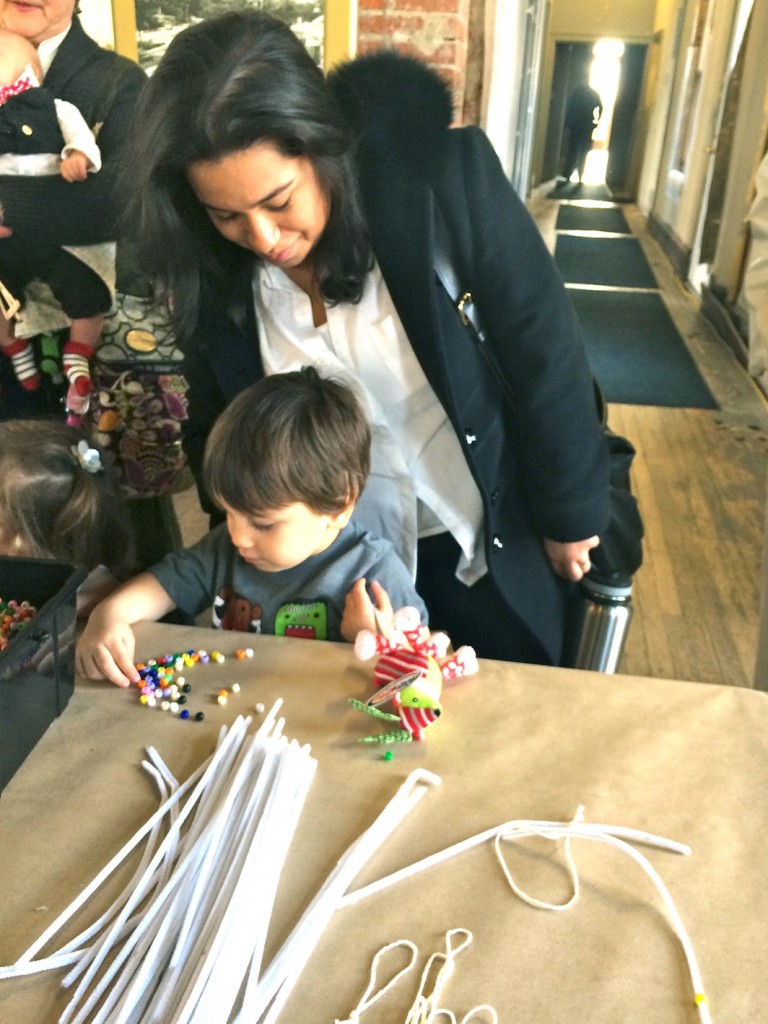 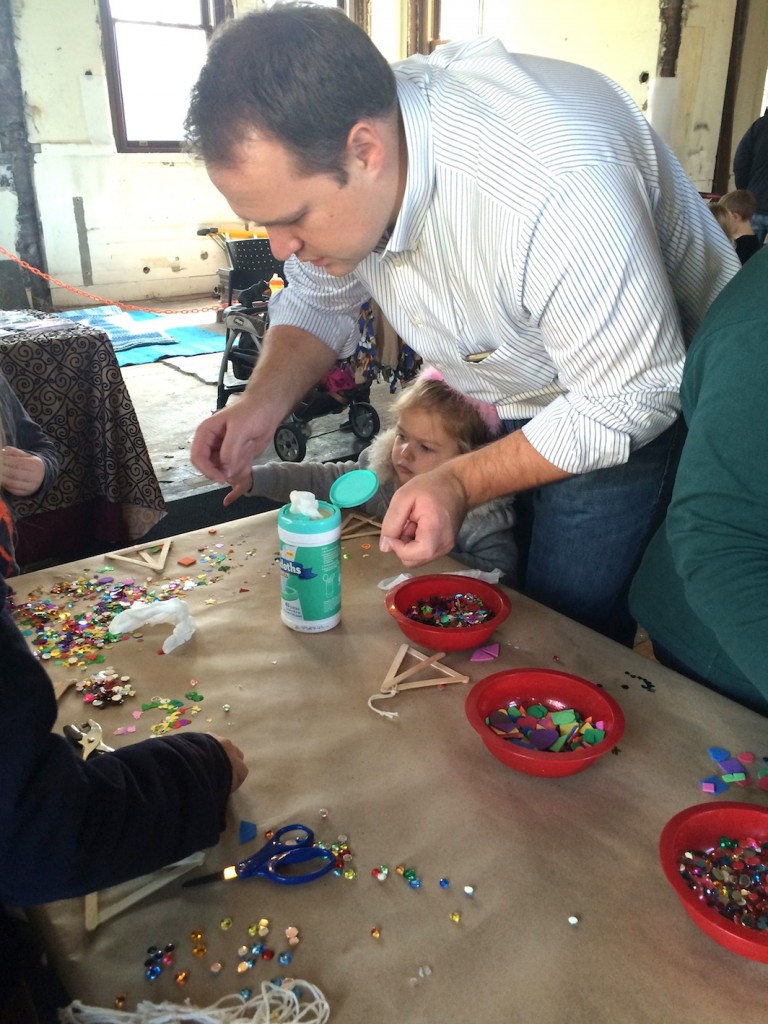 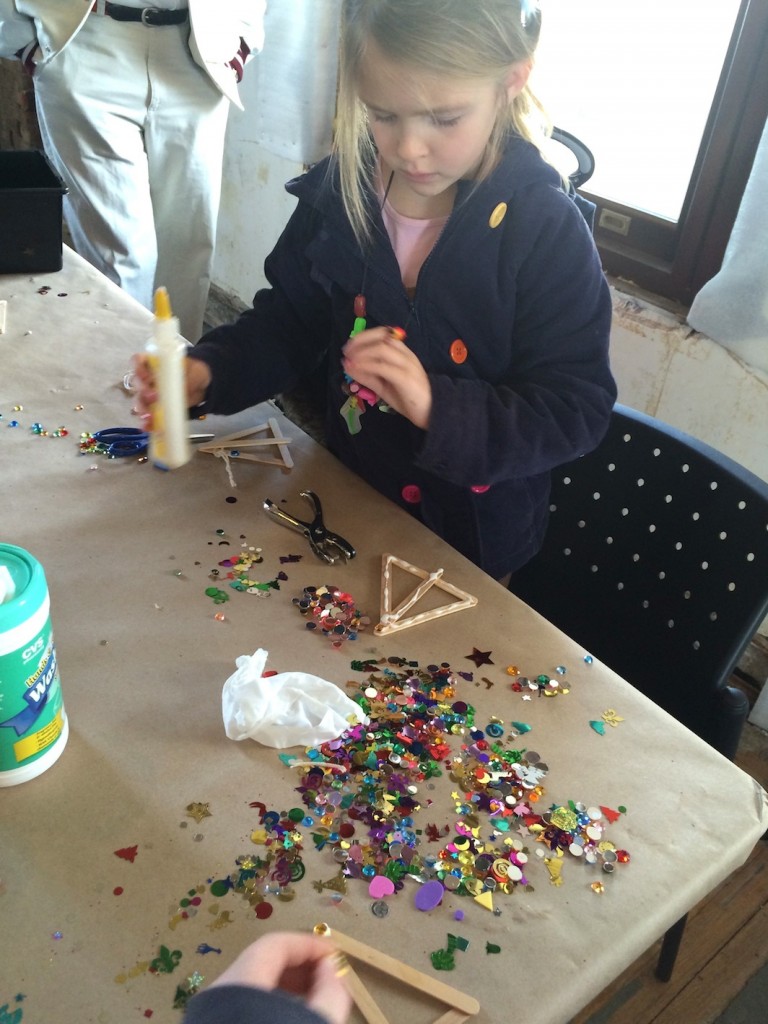 **To past generations of Kansas City children, the holidays meant a visit with the fabulous Fairy Princess at Kline’s Department Store, 1113 Main Street. There, in Kline’s wondrous Toyland, yesterday’s youngsters told their fondest holiday hopes to the Fairy Princess. But the beautiful Fairy Princess did much more than listen. Being magical, she waved her wand to make a surprise gift appear for each child. This gift was a delightful prelude to the holidays when children received toys on their wish list. 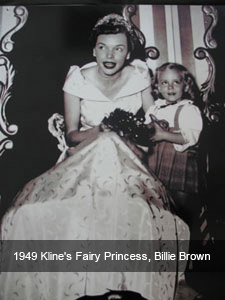 The Fairy Princess tradition began in 1935 when Kline’s first opened its Toyland. The brand new toy department incorporated the latest trends in child development. As Kline’s officials informed the “modern mother and fathers” of 1935, “we consulted child psychologists and child experts” because “we wanted toys that would help your child develop a more alert mind, a healthier body and a happier disposition.” And, as an additional incentive to lure modern parents to Kline’s, they presented the Fairy Princess. A child could visit Santa at any department store, but only Kline’s featured the unique Fairy Princess.

In the following decades, the white-gowned, lovely Fairy Princess continued to fascinate children as some aspects of the presentation changed. Yet, it mattered little whether the surprise package slid down a chute, revolved on a turntable, appeared behind doors in a fairyland tree or lie in a festively decorated trunk because the Fairy Princess’ magic remained the same. Amazingly, so did the 25 cent fee Kline’s charged for a visit with the Fairy Princess from the 1930s through the 1960s.

The 1960s brought more and more children to this popular holiday attraction. Kline’s new branch store in the Ward Parkway and Antioch Shopping Centers increased the number of children this retailer could delight. To reach even more children, Kline’s sent the Fairy Princess to pediatric wards in area hospitals and to some public schools. Kline’s kept making the holidays special with the Fairy Princess until the late 1960s, shortly before the business closed in 1970.

To re-create one of the treasured traditions of downtown Christmas, the Kansas City Museum brought back the Fairy Princess tradition in 1987. The mission of the Fairy Princess event is to recreate this Kansas City historic event with an air of wonder and excitement. The event is part of local history and something children and adults of today enjoy.

Kansas City Museum at Corinthian Hall is Kansas City’s oldest and largest museum of local and regional history. The Museum opened in 1940, located in the former home of Kansas City lumber entrepreneur and philanthropist Robert A. Long.

The home was completed in 1910, and the Long family lived here until the death of Mr. Long in 1934.  Mrs. Long had passed away in 1928, and the two Long daughters were married and living elsewhere. After a two-day auction, the house sat empty until late 1939 when the Kansas City Museum Association formed and opened the Museum the following May.