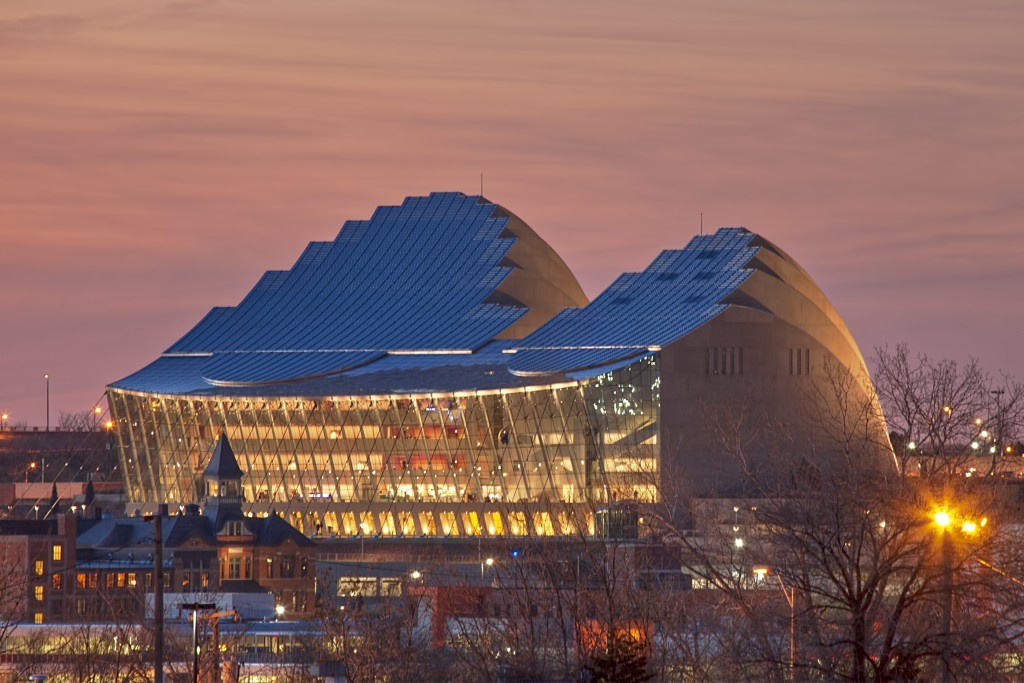 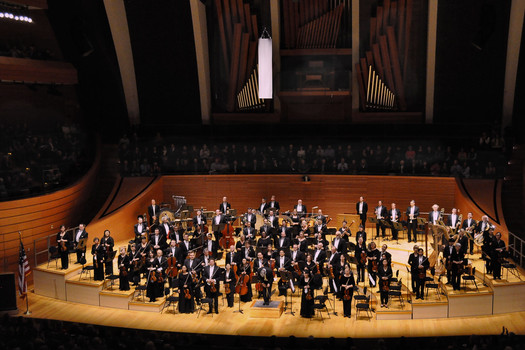 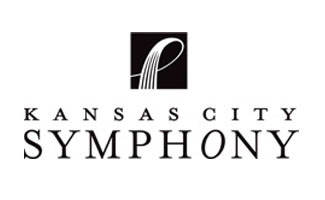 The Kansas City Symphony kicked off another great year with  a rousing rendition of the  Star Spangled Banner! I loved it!!

And apparently I was not alone…from the Kansas City Star:

“Last weekend, the orchestra began its fifth season in the Kauffman Center’s Helzberg Hall, kicking off its action-packed year with another “Star-Spangled Banner” and vigorous helpings of European concert music, including Maurice Ravel’s mesmerizing Bolero.

The Symphony has been filling the hall with regularity. Its main classical series, pops concerts, family shows and series of happy-hour events aimed at attracting new listeners have contributed to unprecedented levels of ticket sales and revenue. A recent disc release — its sixth CD project for the audiophile Reference Recordings label — featured the music of French composer Camille Saint-Saëns. Significantly, the record also showed off the talents of Jan Kraybill, caretaker of the Kauffman Center’s huge Casavant organ, and two Symphony principals, violinist Noah Geller and cellist Mark Gibbs.

Geller and Gibbs also played major roles in last weekend’s season opener. The program’s focus on featured soloists from the Symphony’s top ranks represented an important reminder that this band is rich in individual talent even as it swoons and swells like a unified force under Stern’s direction.”

Looking forward to another great season with the Kansas City Symphony! 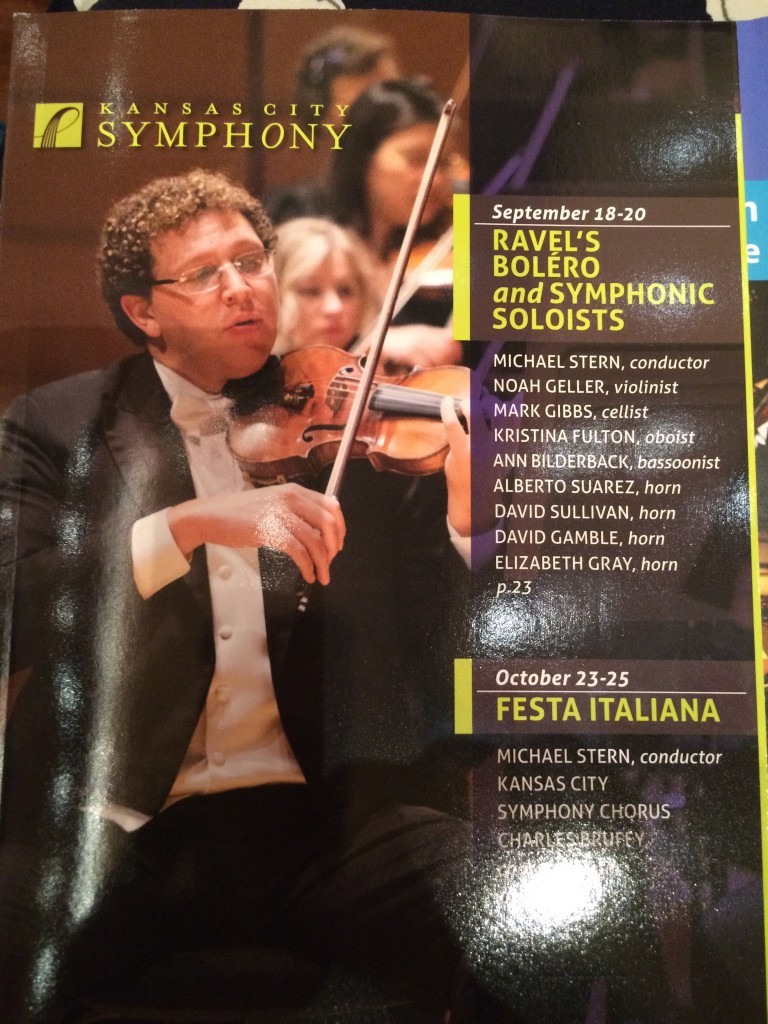 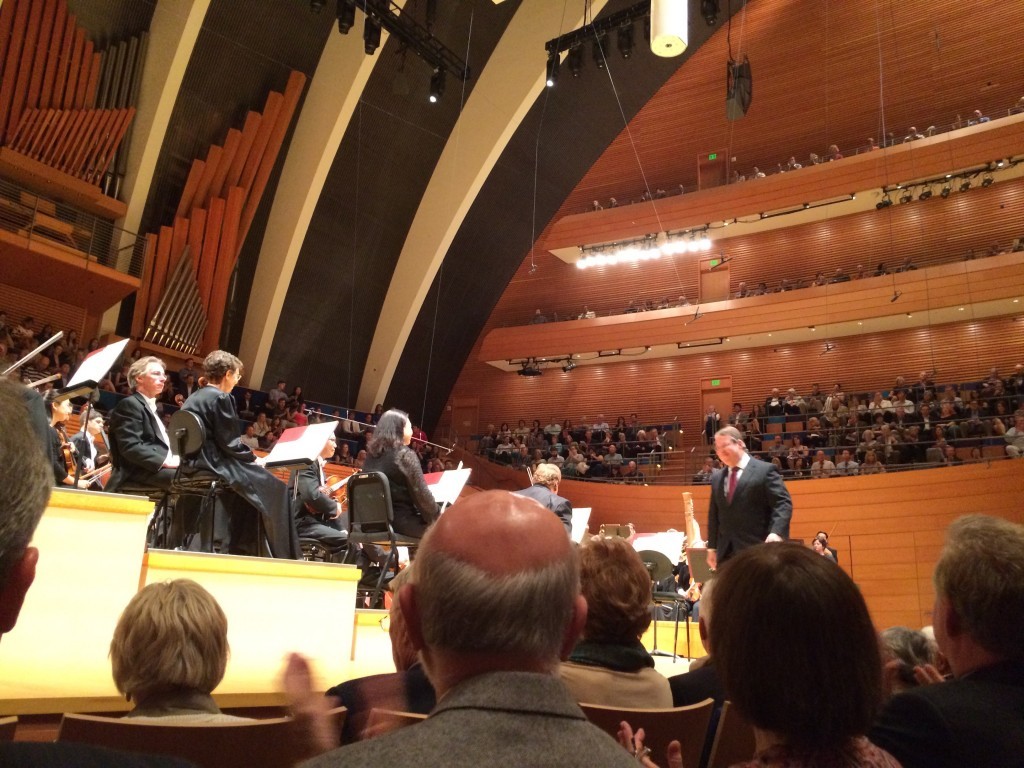 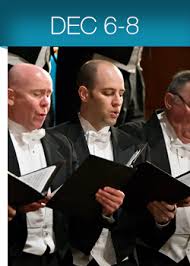 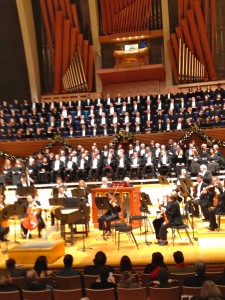 The performance was superb.  My only hitch being I am a traditionalist.  And even though the performance was brilliant, I  prefer to have the alto part sung by an alto (not a countertenor as in this performance).  The solo “a virgin shall conceive” makes more sense (to me) when sung by an alto.  But I did not let it mar my enjoyment of the music and I thoroughly enjoyed the evening. 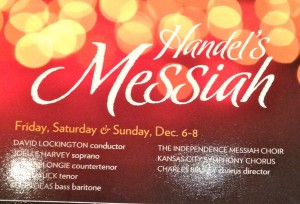 January 21st we attended an incredible concert at Helzberg Hall at Kansas City’s new Kauffman Center For The Performing Arts. Yo-Yo Ma played Concerto in B Minor for Cello and Orchestra, op. 104. Wow, wow and wow! What a treat. It was also a treat to see how personable Yo-Yo Ma was with his audience. He also favored us with an encore. It was a beautiful evening. 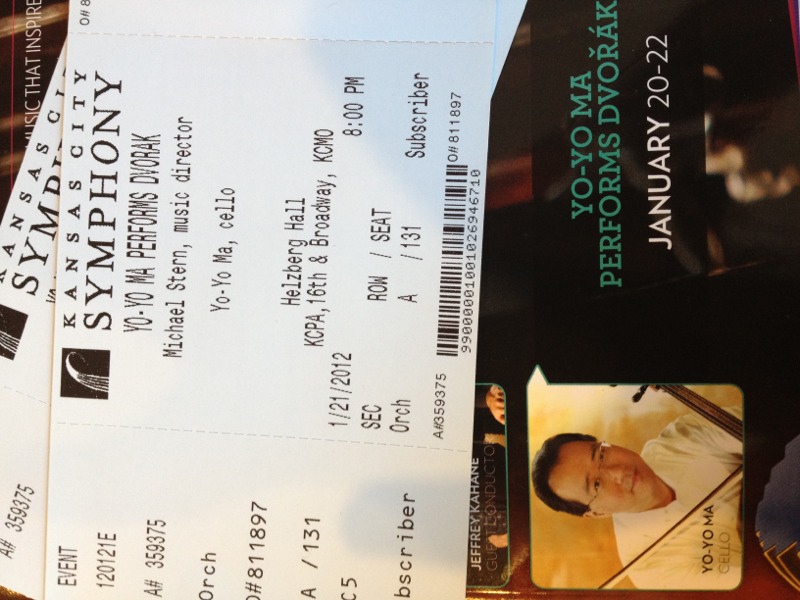 The New Kauffman Center for the Performing Arts in Kansas City is an eye-popper!!  Saturday we attended the performance of the Kansas City Symphony under the direction of Michael Stern in the acoustically superb Helzberg Hall.  Out of necessity we must always have seats on the end near an exit door, (a must for Bob to answer the calls from the emergency room-simply a part of our life).  Normally these are not the most desired seats of the symphony listener aficionado.  But Helzberg Hall has been touted as having no bad seat in the house, and this proved to be true!  No false advertisement in the hype this time.  The symphony received a thunderous standing ovation having just executed rousing acoustic experience with Raspighi’s Pines of Rome.   French Horns played in the Organ nest high in front and other brass on each side balcony made it sound as if one was sitting in the middle of sound surround.  Emauel Ax sounded flawless with Beethoven’s Concerto #5 inE-flat.  No muddled sounds in this beautiful new hall.  Thank you Kansas City Symphony! 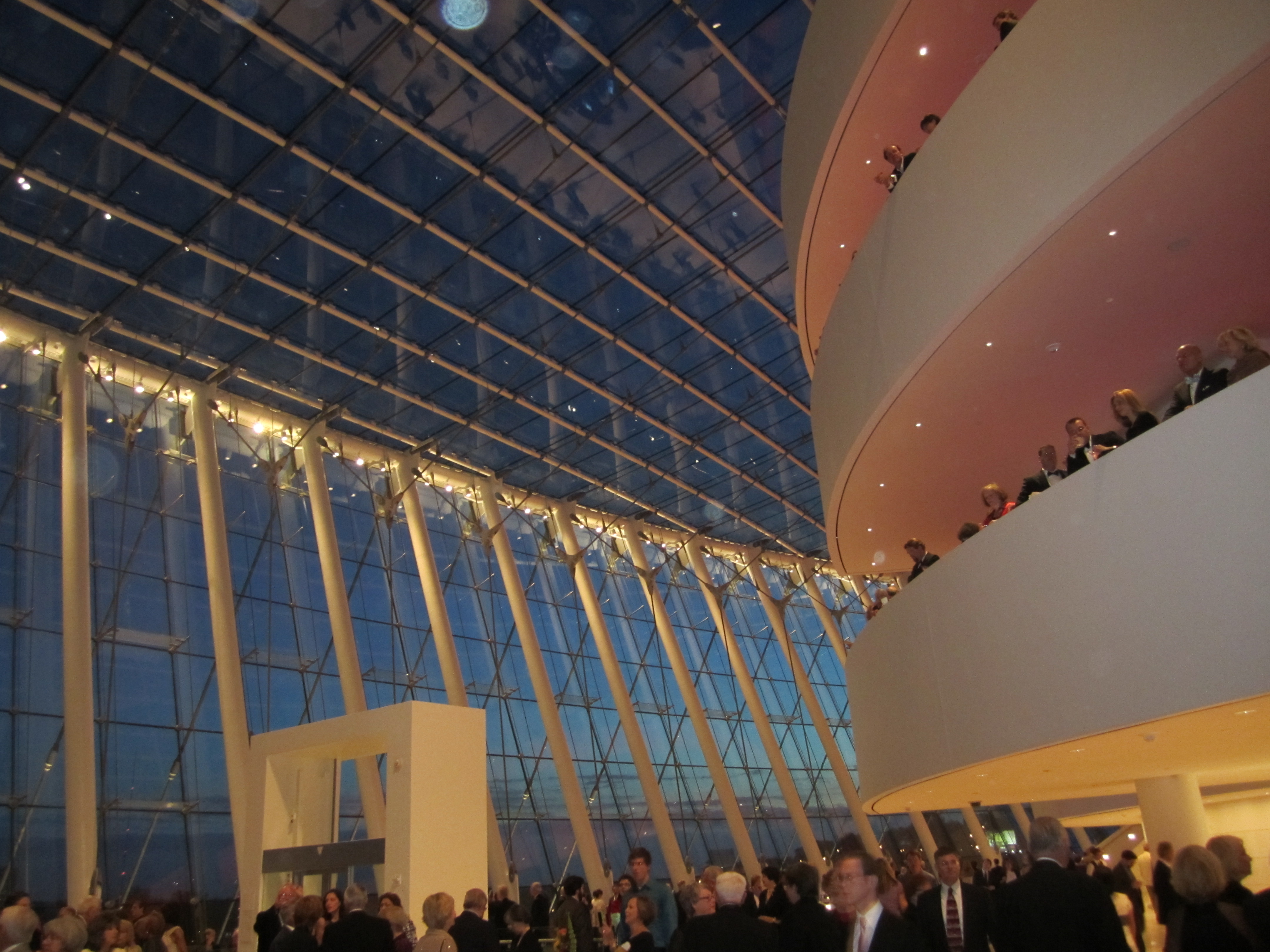 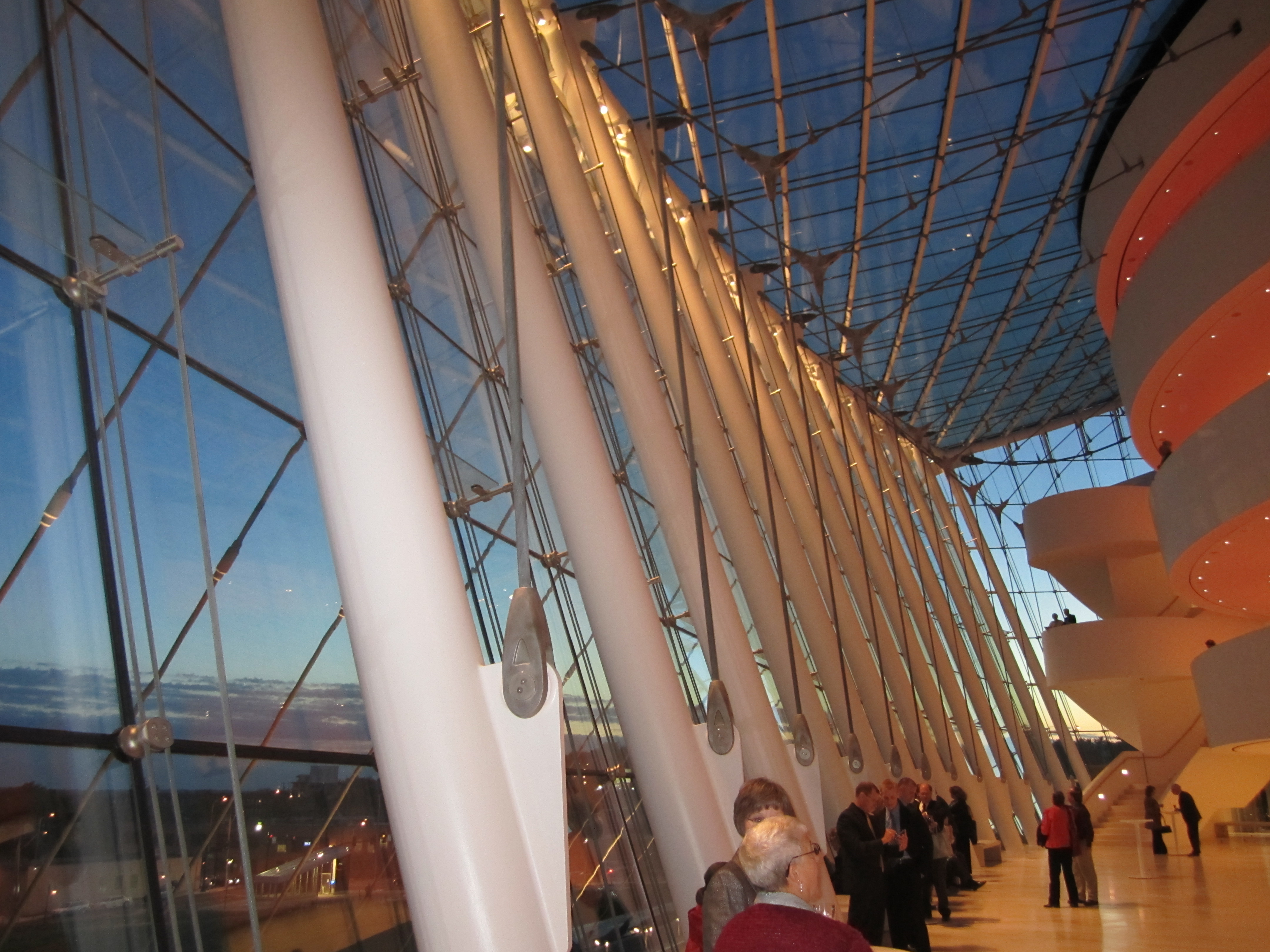 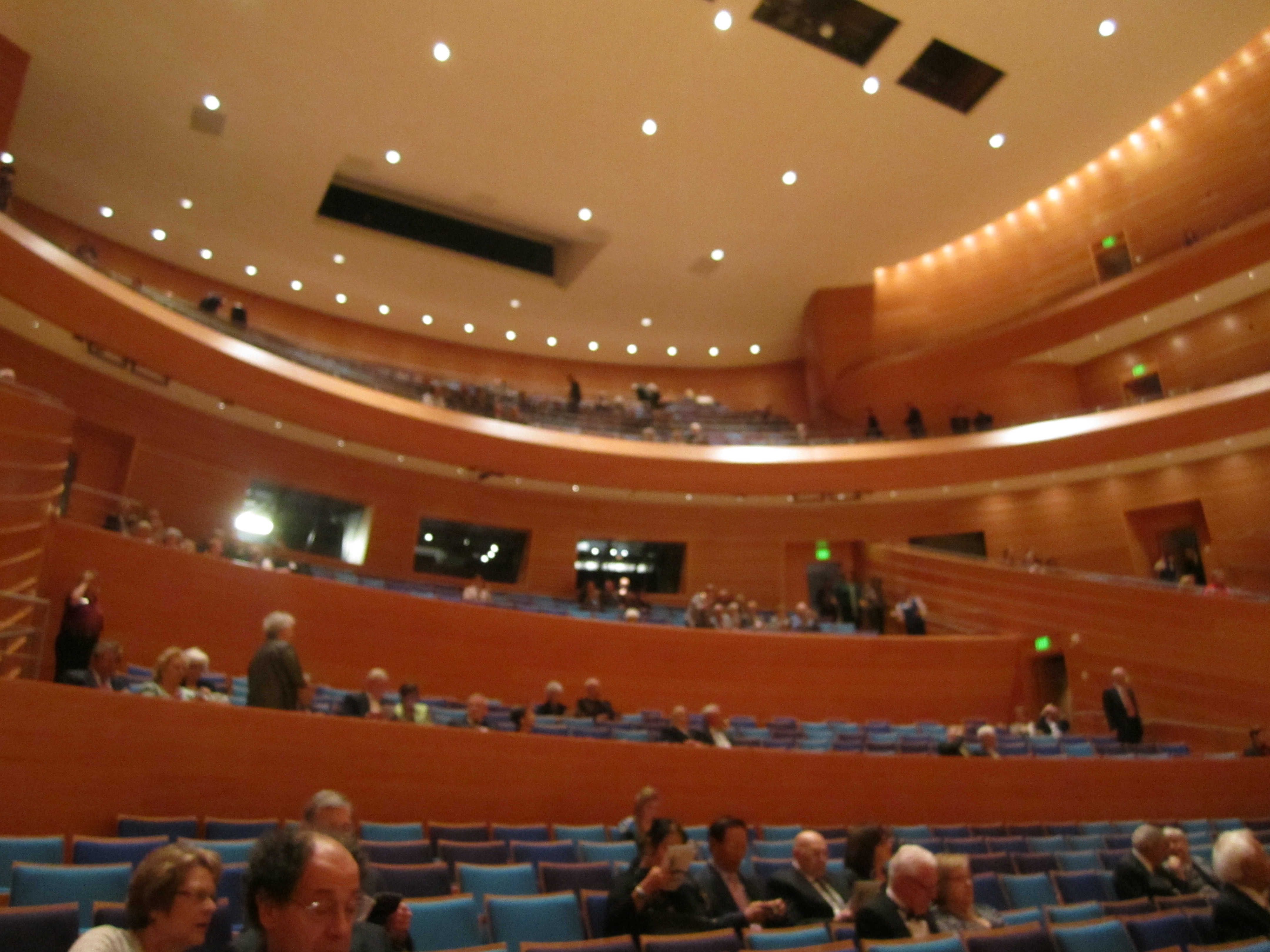 Another view of Helzberg Hall in the new Kauffman Performing Arts Center in Kansas City. 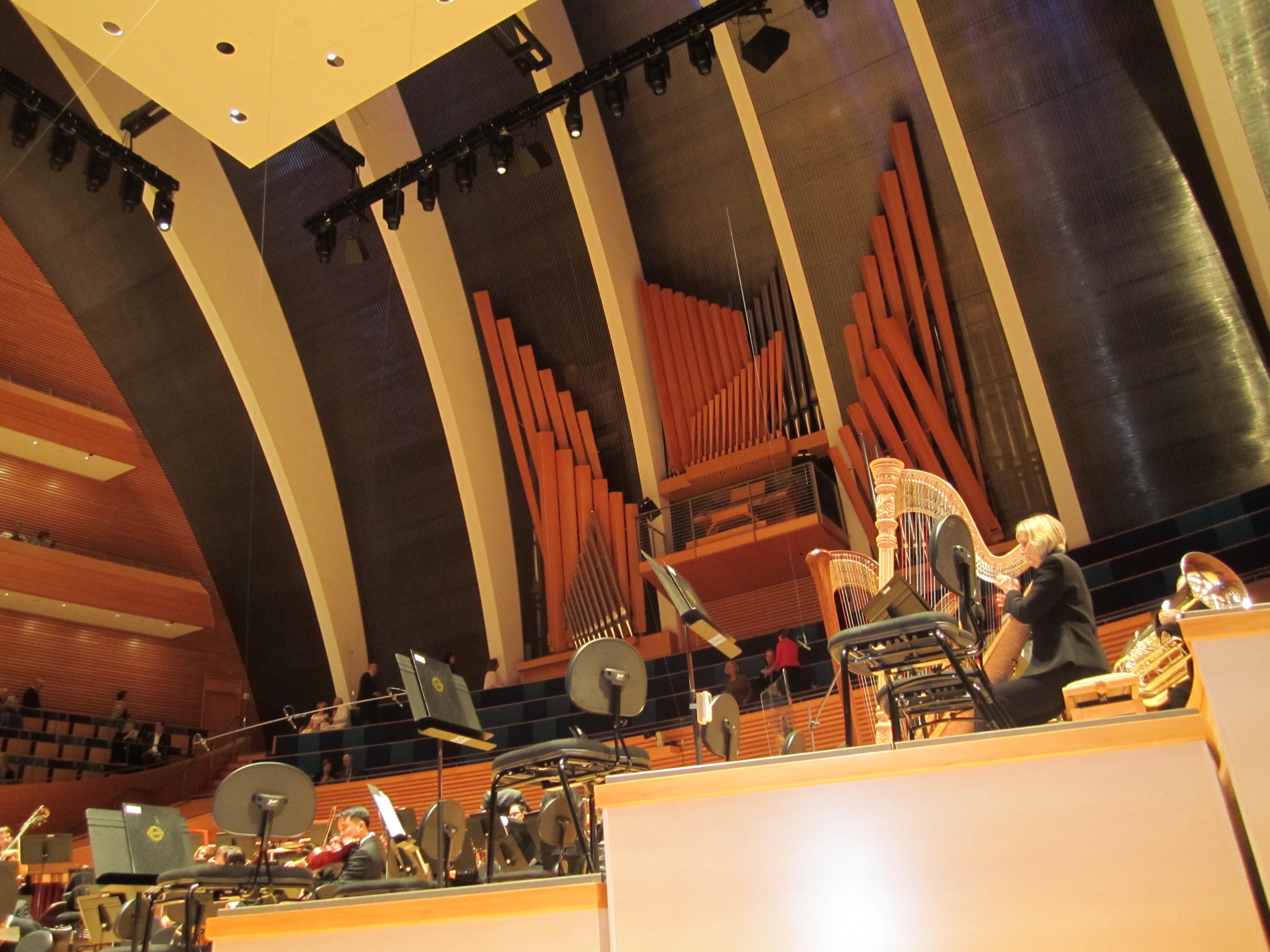 Looking up at the organ nest in Kansas City’s new Helzberg Hall. 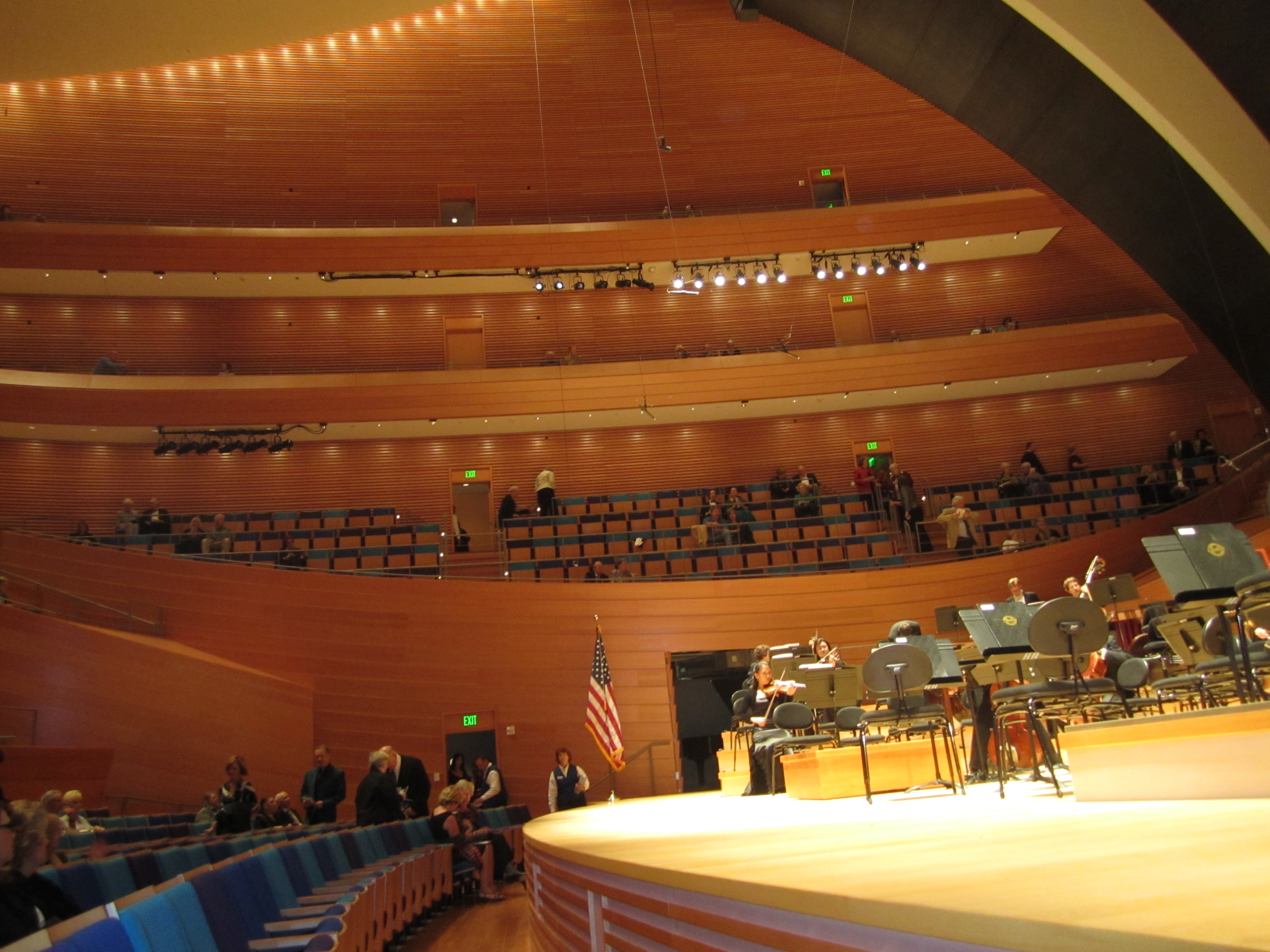 Inside Helzberg Hall in the Kansas City Performing Arts Center. 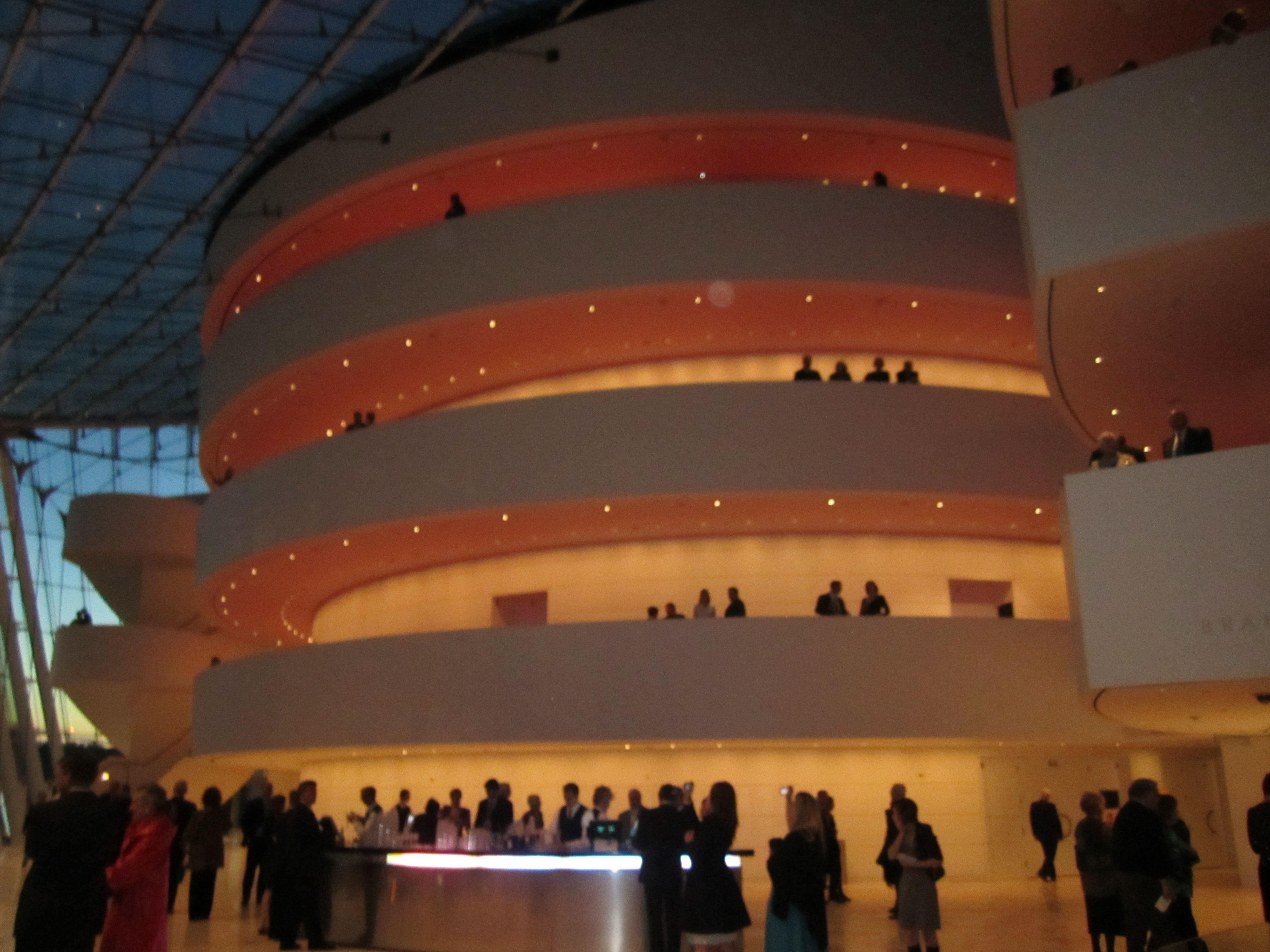 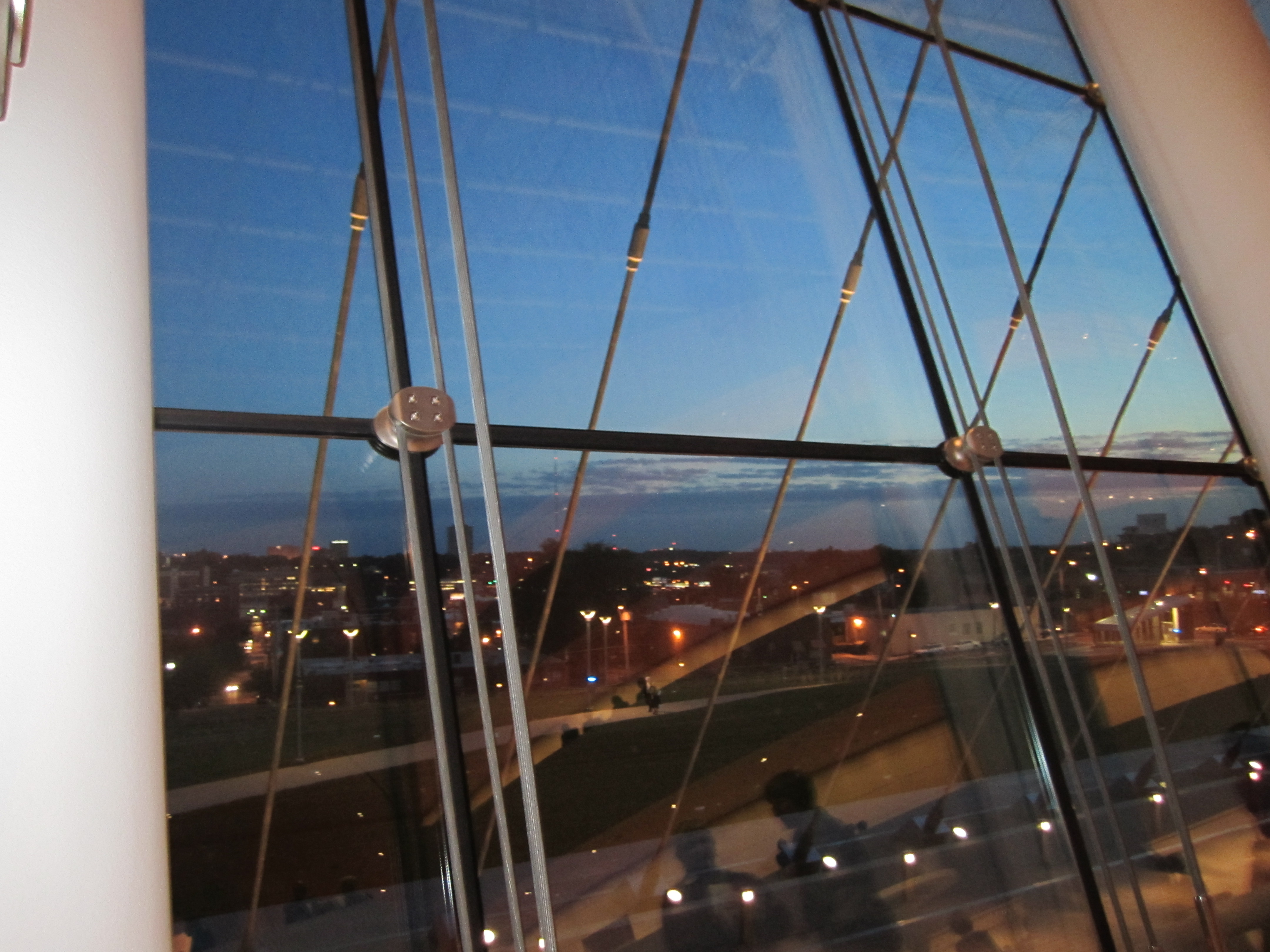 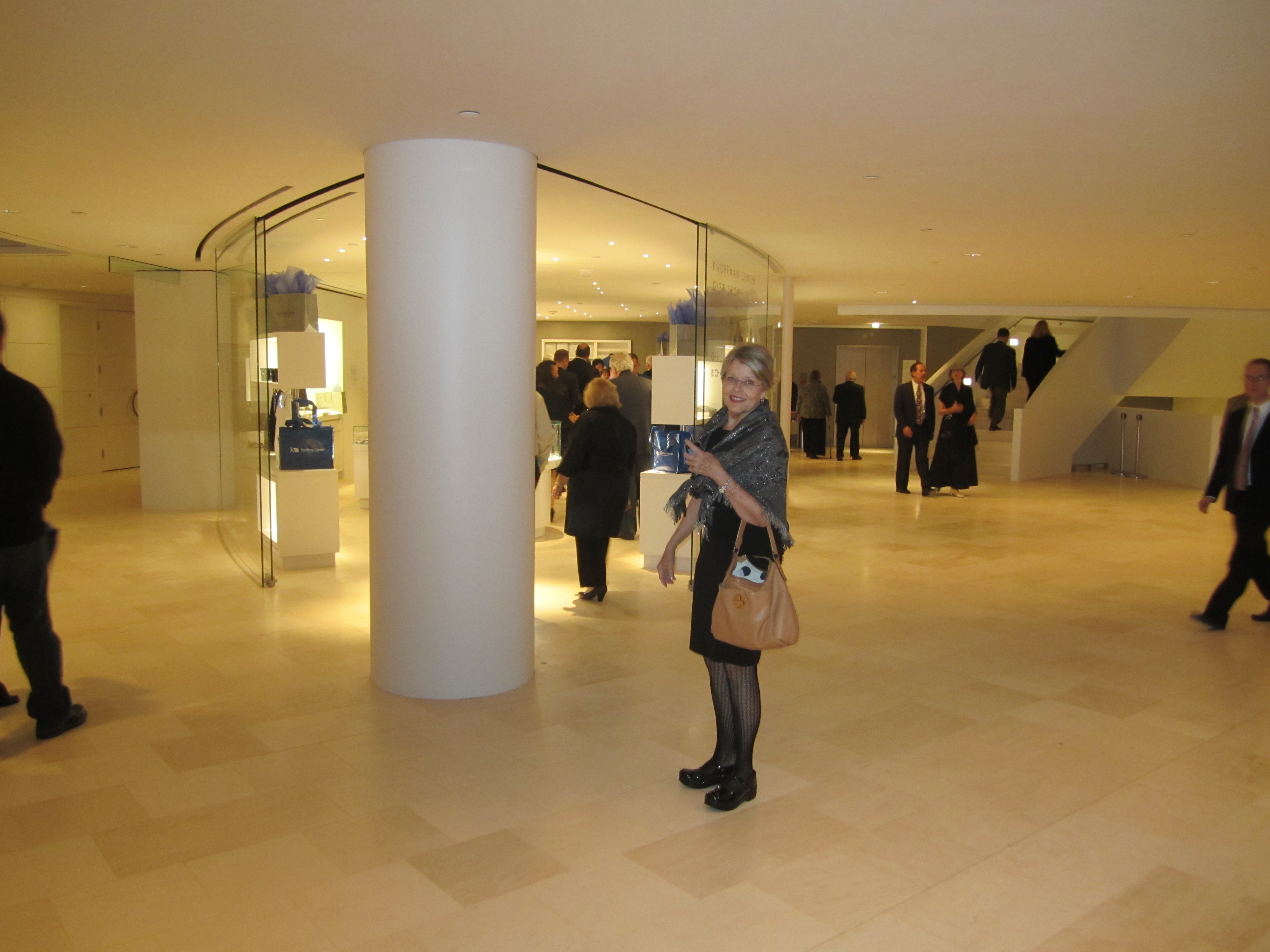 Heading to the gift shop inside the new Performing Arts Center. 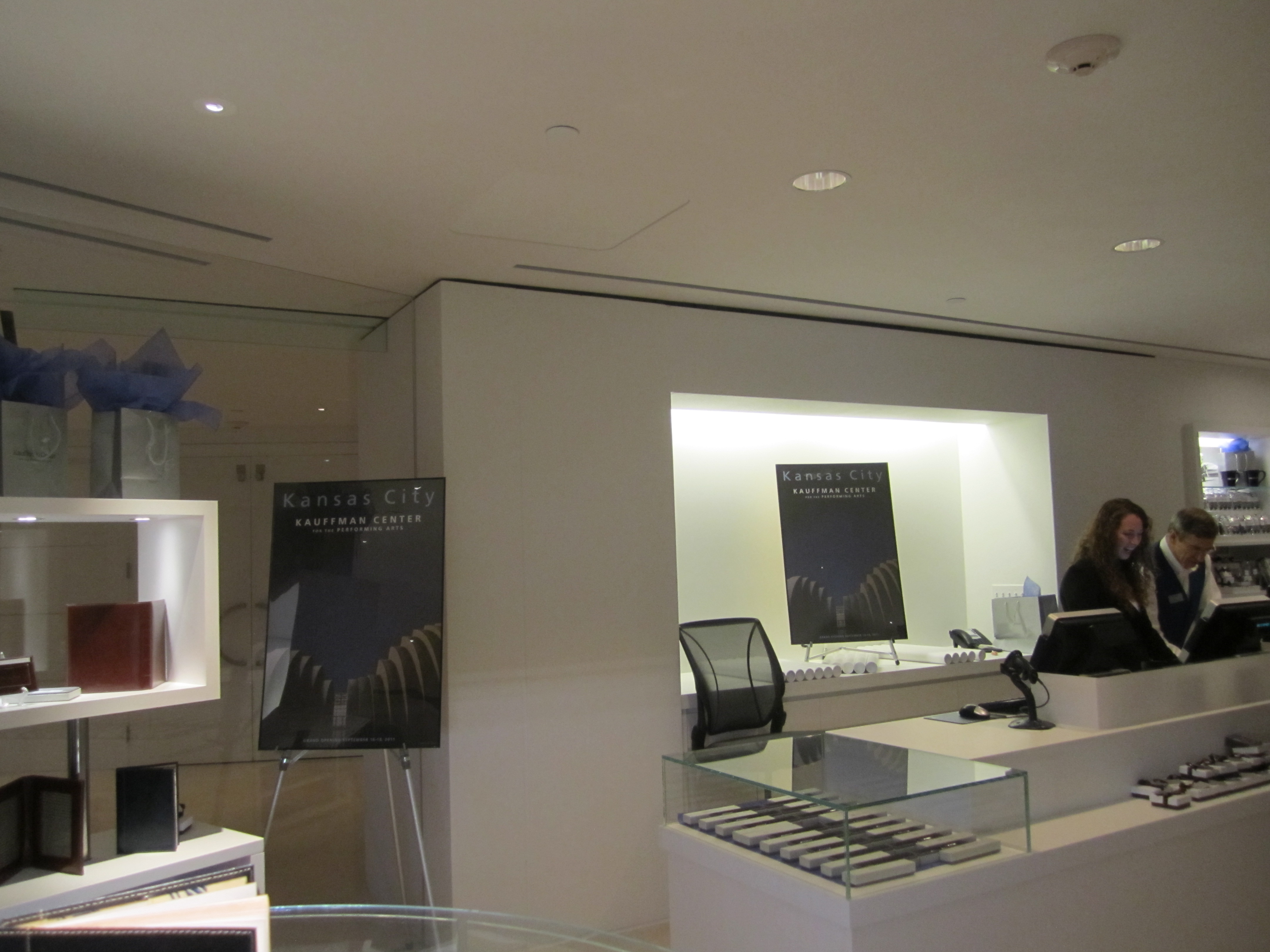 Inside the new gift shop. 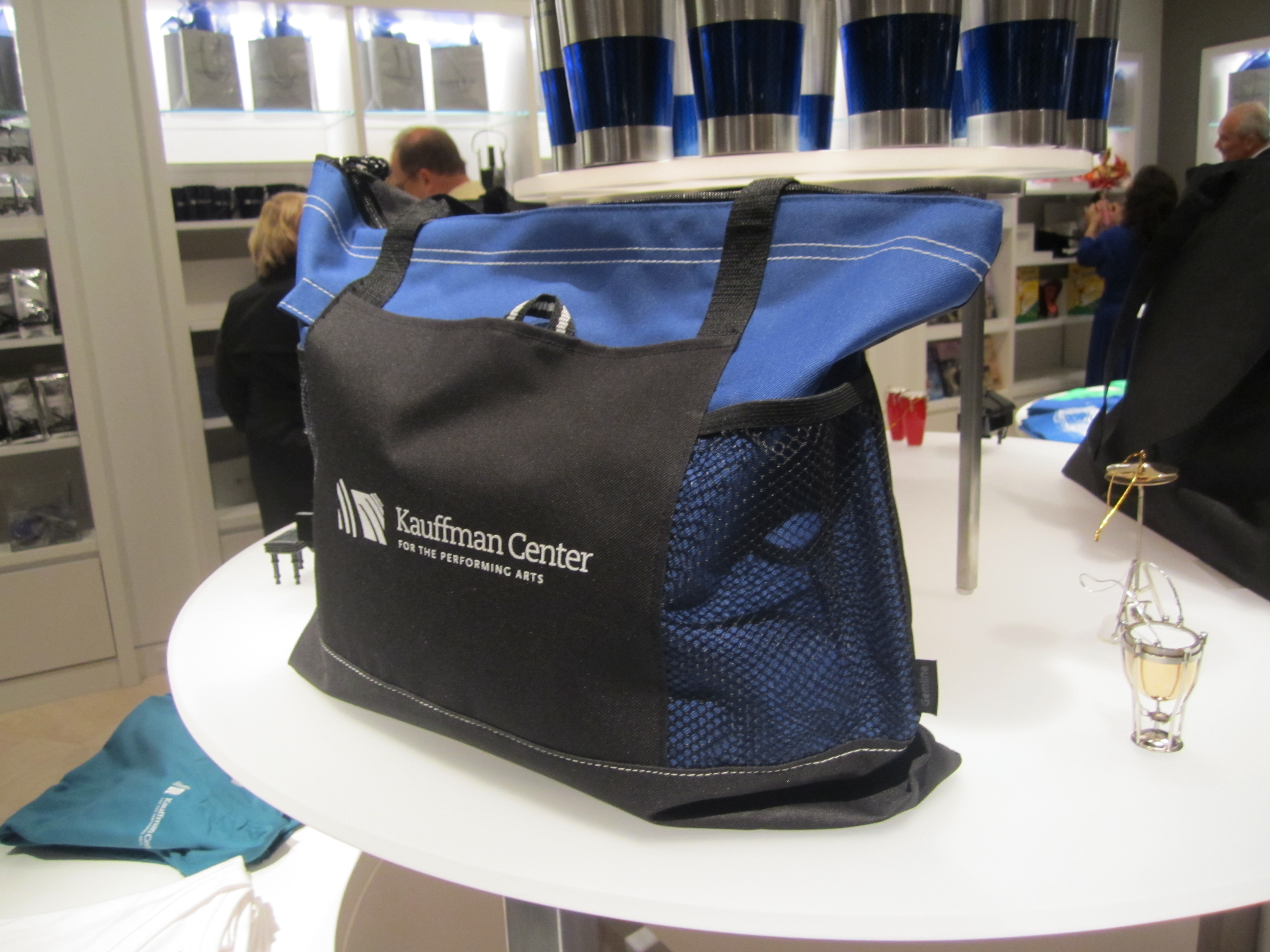