Fifty years ago today President John Fitzgerald Kennedy was assassinated by Lee Harvey Oswald.  I remember the moment the news broke… I was home from school that day (I missed a lot of school that year with repeated tonsillitis.  Later that year I would have my tonsils out.)  I was watching T.V.   A game show was on and they broke in on the T.V. show in the middle of a word with the news that President Kennedy had been shot.  I ran to the kitchen where my mother was and broke the news to her.  I felt important that I had such important news (and more importantly, I knew something before my mother-the reporter for the Deseret News Newspaper- knew the news and big news).  I remember the look on her face, it was one of disbelief…we remained glued to the TV waiting and waiting for more word about the President.  Then the word came that President Kennedy died.  Even at ten years old I recognized the magnitude of the news. My parents were somber, everyone, everywhere was so very somber.
We, along with everyone else, stayed glued to the T.V. for the following days; watching every event as it unfolded from Lee Harvey Oswald being shot by Jack Ruby, a new President being sworn in, Jackie in her blood stained pink Chanel suit, the President lying in state (watching Jackie and Caroline kneel at his casket), the military funeral possession,  John-John saluting his father’s casket,  the riderless horse with the boots turned backward,  the funeral, Arlington Cemetery, the Eternal Flame all events etched into my young memory.  The world changed for me…somehow I felt much older than ten years old. 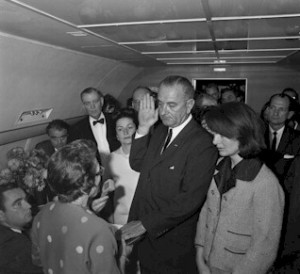 LBJ sworn in on Air Force One 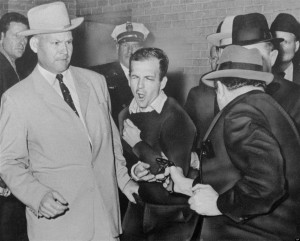 FILE – In this Nov. 24, 1963 file photo, Lee Harvey Oswald, accused assassin of President John F. Kennedy, reacts as Dallas night club owner Jack Ruby, foreground, shoots at him from point blank range in a corridor of Dallas police headquarters. For most Americans media coverage of the accused leaving police precincts isnt unusual but some French politicians and citizens were disturbed this week when a rumpled, handcuffed, angry-looking Dominique Strauss-Kahn was shown being escorted by New York police after being accused of sexual abuse. (AP Photo/Dallas Times-Herald, Bob Jackson, File)

Jackie Kennedy and Caroline Kennedy kneel before John F. Kennedy’s casket as it lays in state. 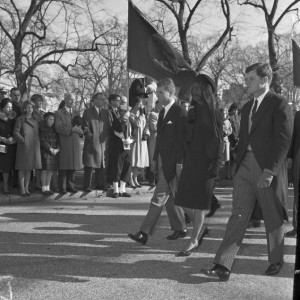 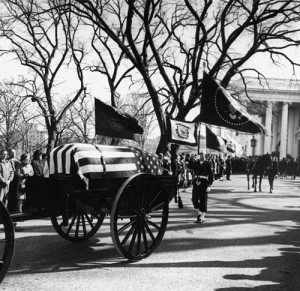 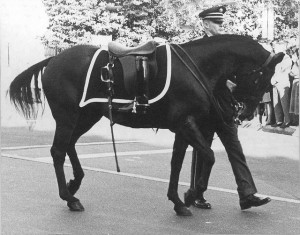 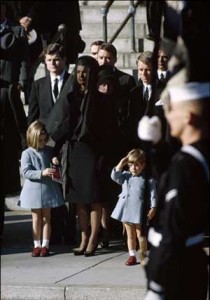 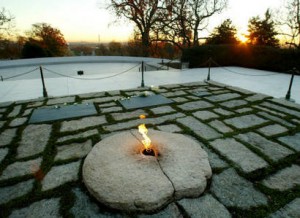