I left Chicago and traveled to New York. Becca and her husband Carl were running the New York Marathon and I wanted to be their cheering squad. I arrived Saturday and the race was Sunday morning. They had to leave very early in the morning to get to the starting point on Staten Island. The Marathon winds its way through all five boroughs of New York and finishes in Central Park. It turned out to be a beautiful day. I took the A train down from Becca’s apartment, transferred at 125th to the local and got off at 96th street and made my way across Central Park. I came out in the area of the Metropolitan Museum of Art, which was about mile 24 of the marathon. 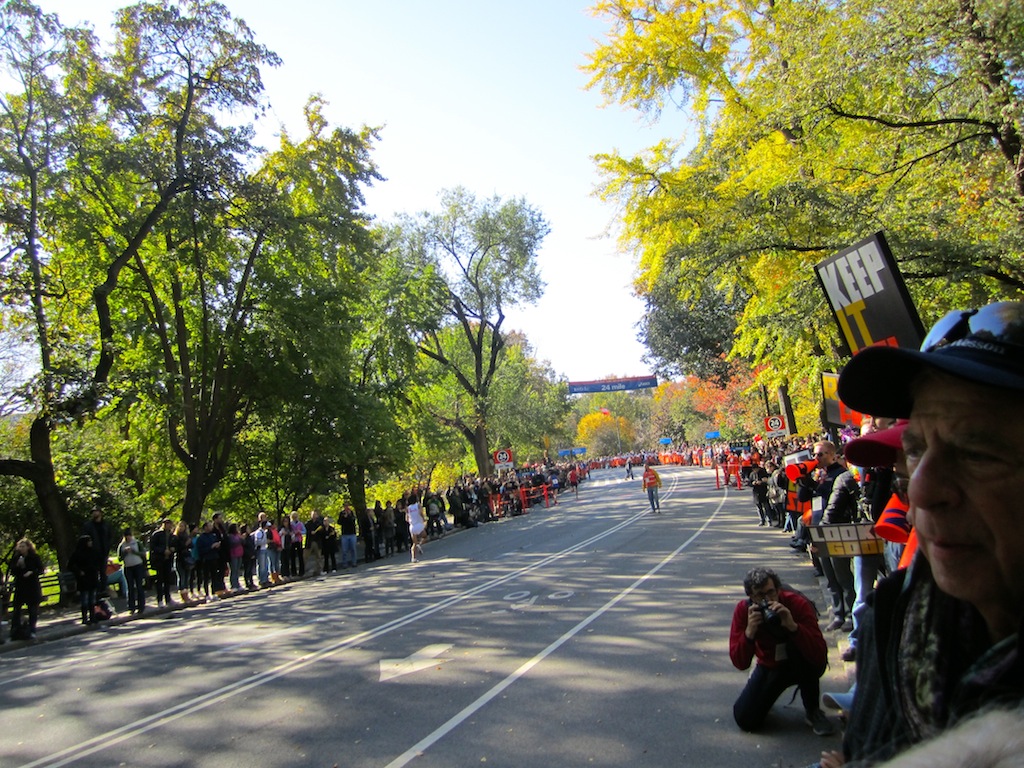 I decided however that I wanted to be on 5th Avenue earlier in the course where it is a long continual upgrade for the runners so I made my way up the course and positioned myself about mile 23 (93rd and 5th avenue) and stood to watch for Becca. I got to see her and cheer her on….(I forgot to take a picture and I forgot to hold up my sign). With so many runners it takes a lot of concentration just to watch all the runners go by. I walked up to 96th street where my niece Courtney joined us where we watched intently for Carl to go by, and we got to cheer him. Becca had finished by this time so we made our way to our appointed meeting spot by the museum of Natural History. Our Marathoners had completed their challenge in fine style!! (Becca ran it in about 3 1/2 hours and Carl took about one hour longer, but they both finished the race!) 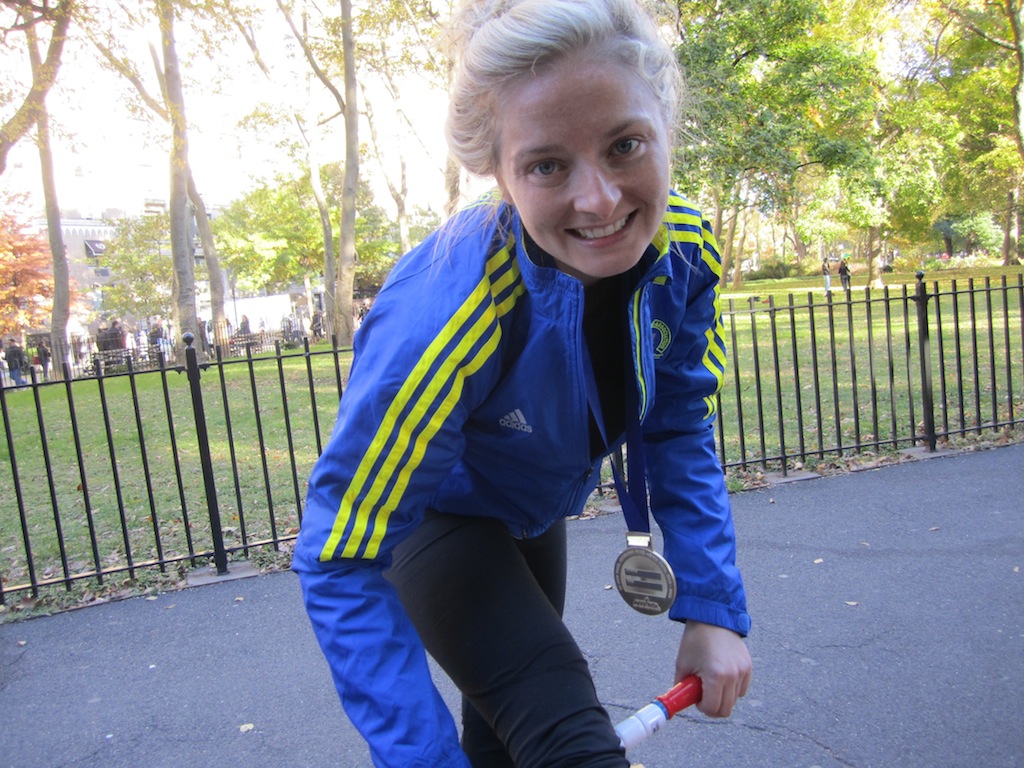 Becca after the marathon, "rolling" her muscles. 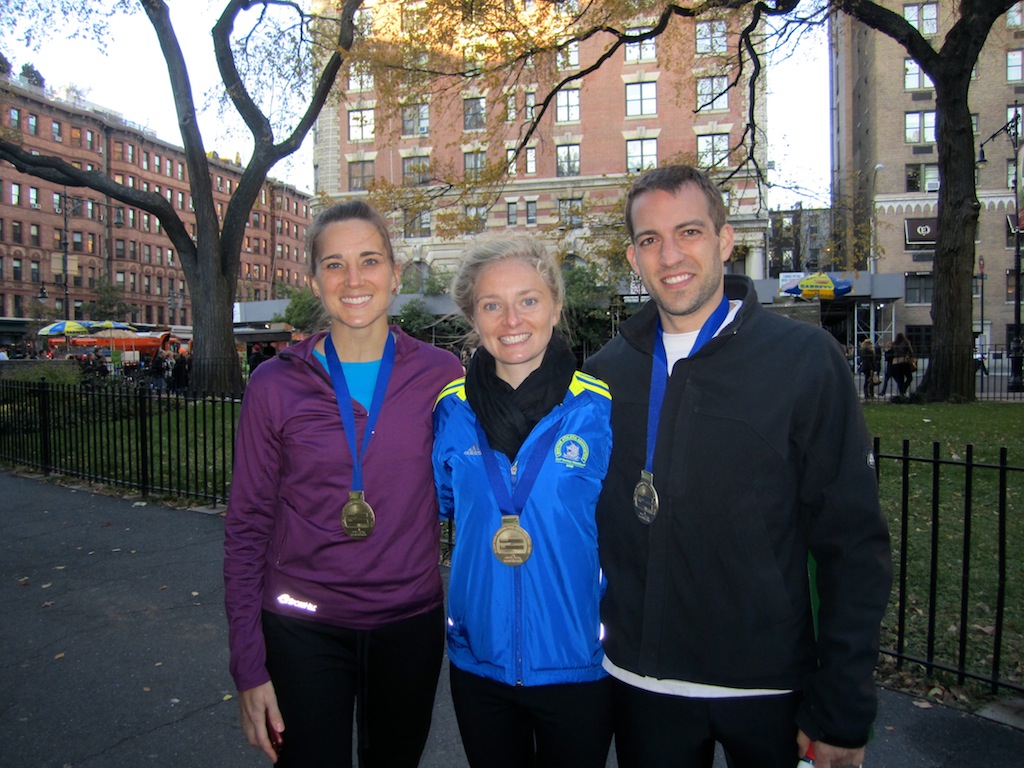 I wanted a picture with my sign, since I had forgotten to hold it up for my runners. I had to watch too intently for them, and then all I could do was to scream Go Becca go! (or Go Carl go!) 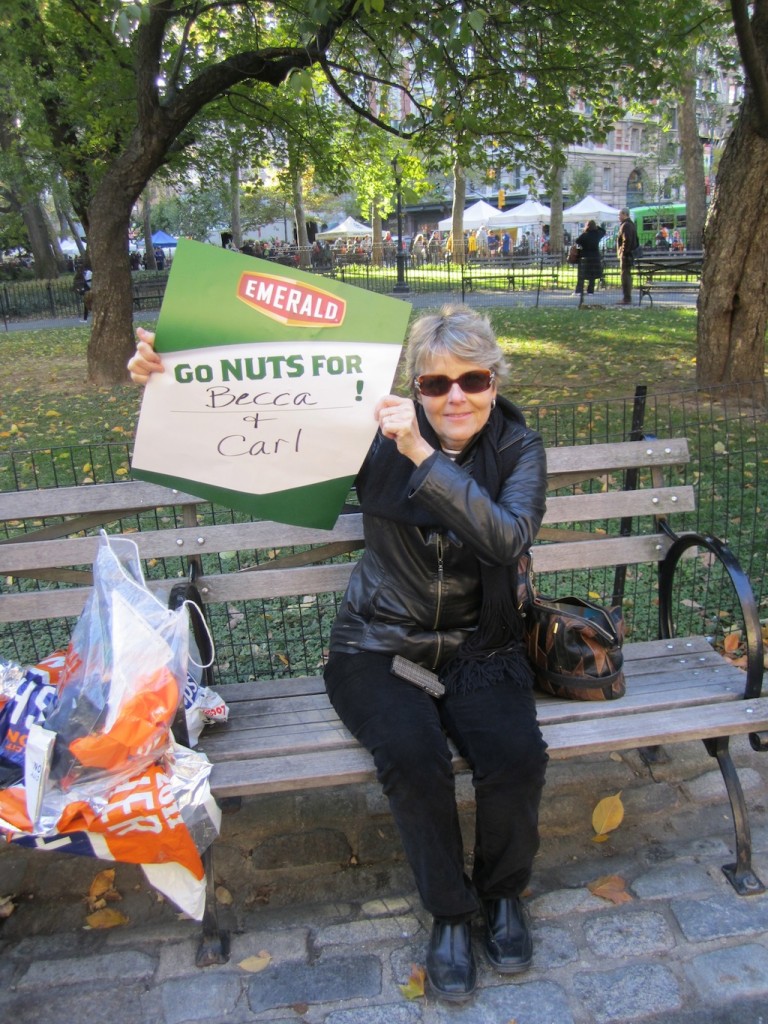 Me with my sign I forgot to hold up for the runners.

My beautiful niece Courtney. She joined me on 5th avenue to cheer the marathoners. 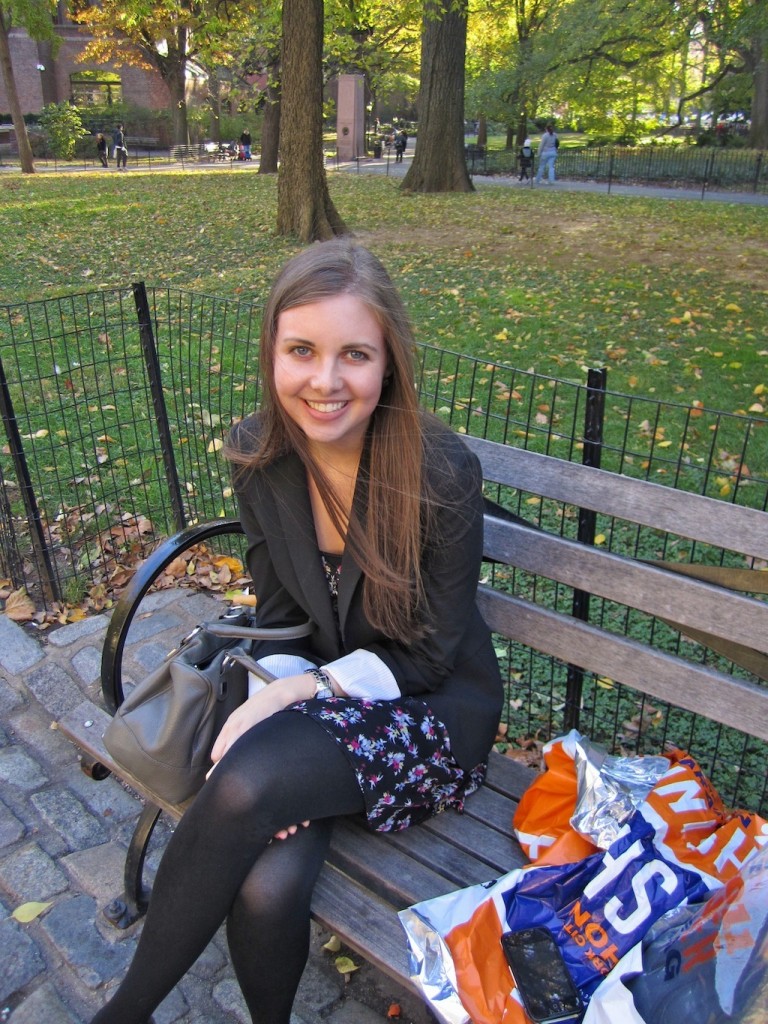