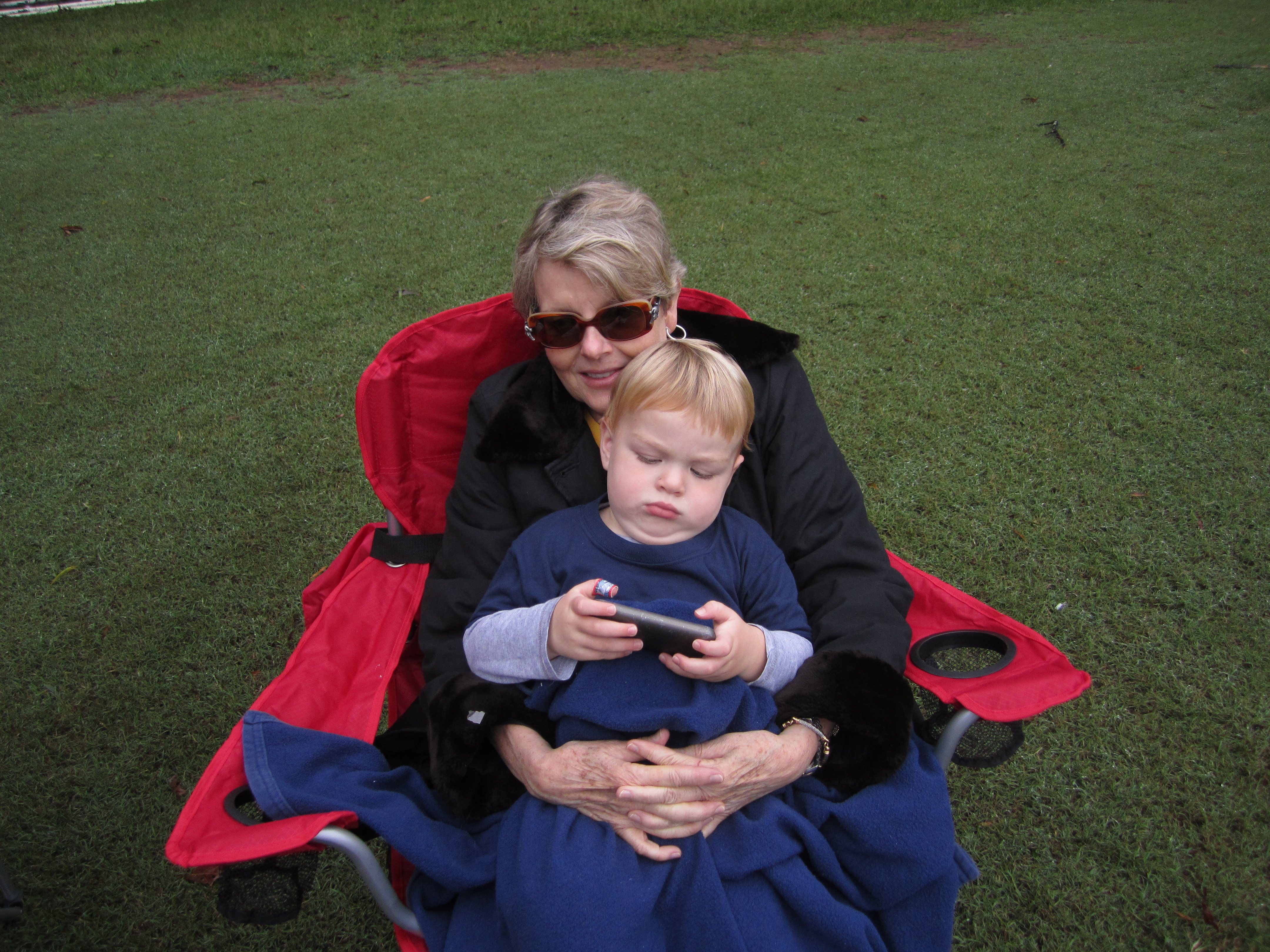 Saturday turned off cold and a little rainy, but the “soccer game” was still a go. It was an interesting game in that the 3-year-olds (and almost 2-year-old Henry) had not been able to have a practice due to rain earlier in the week on practice day. It was an interesting game with players that; did not know the game, did not know if they wanted to play the game and had their own set of rules concerning the game. But no one seemed to mind. It was soccer “anything goes”… 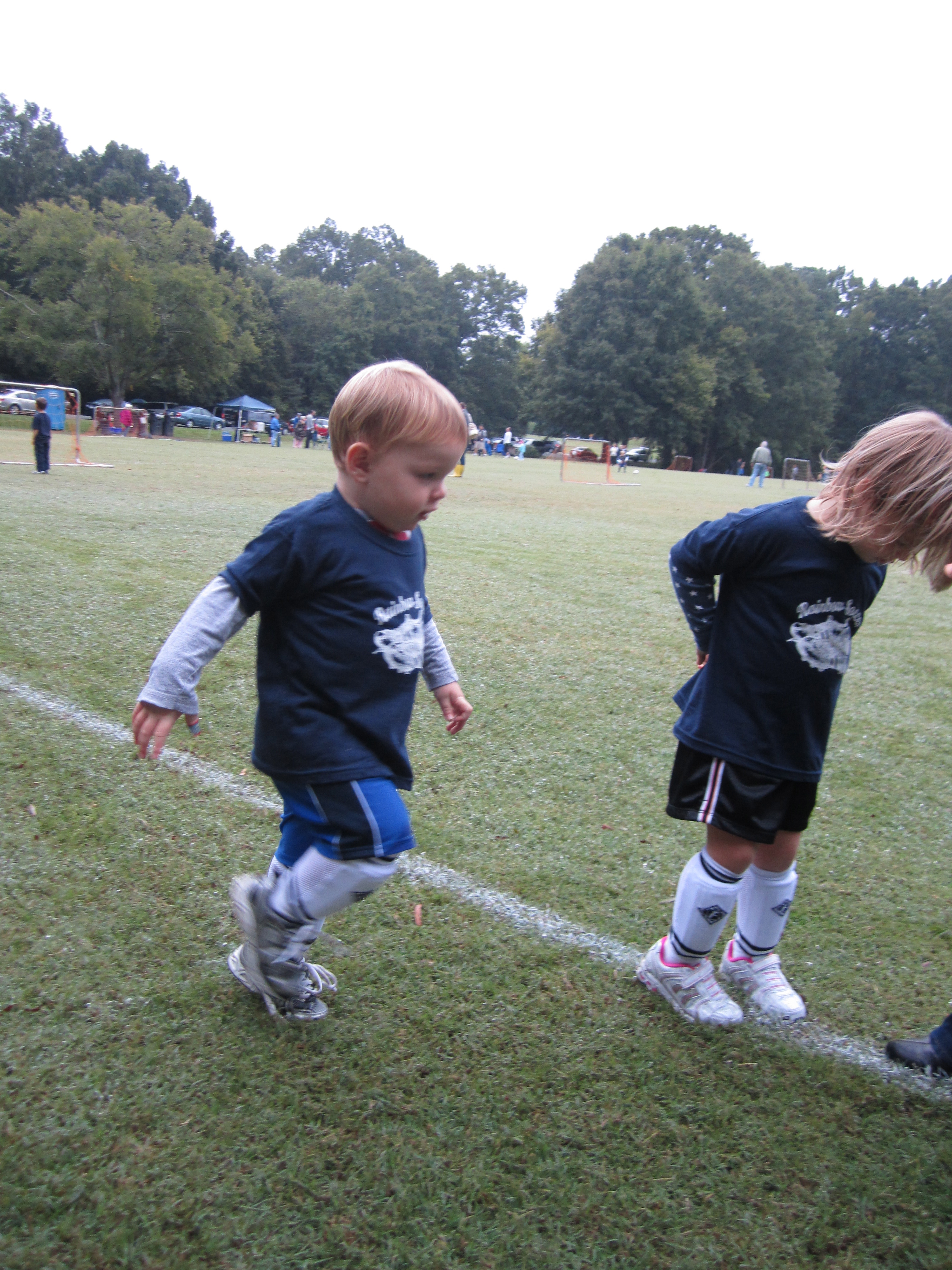 Henry and Becca are all dressed and ready for the big game. 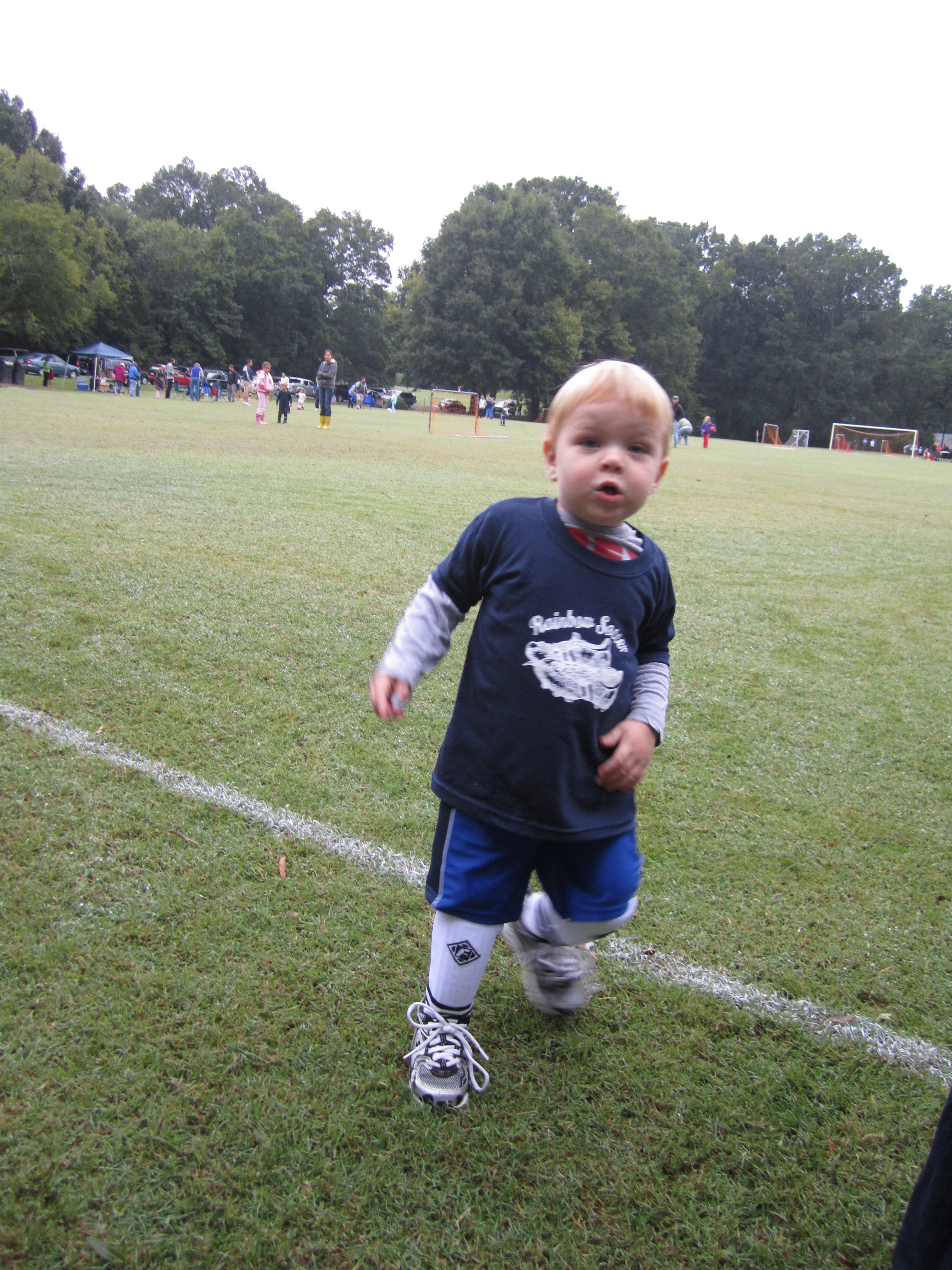 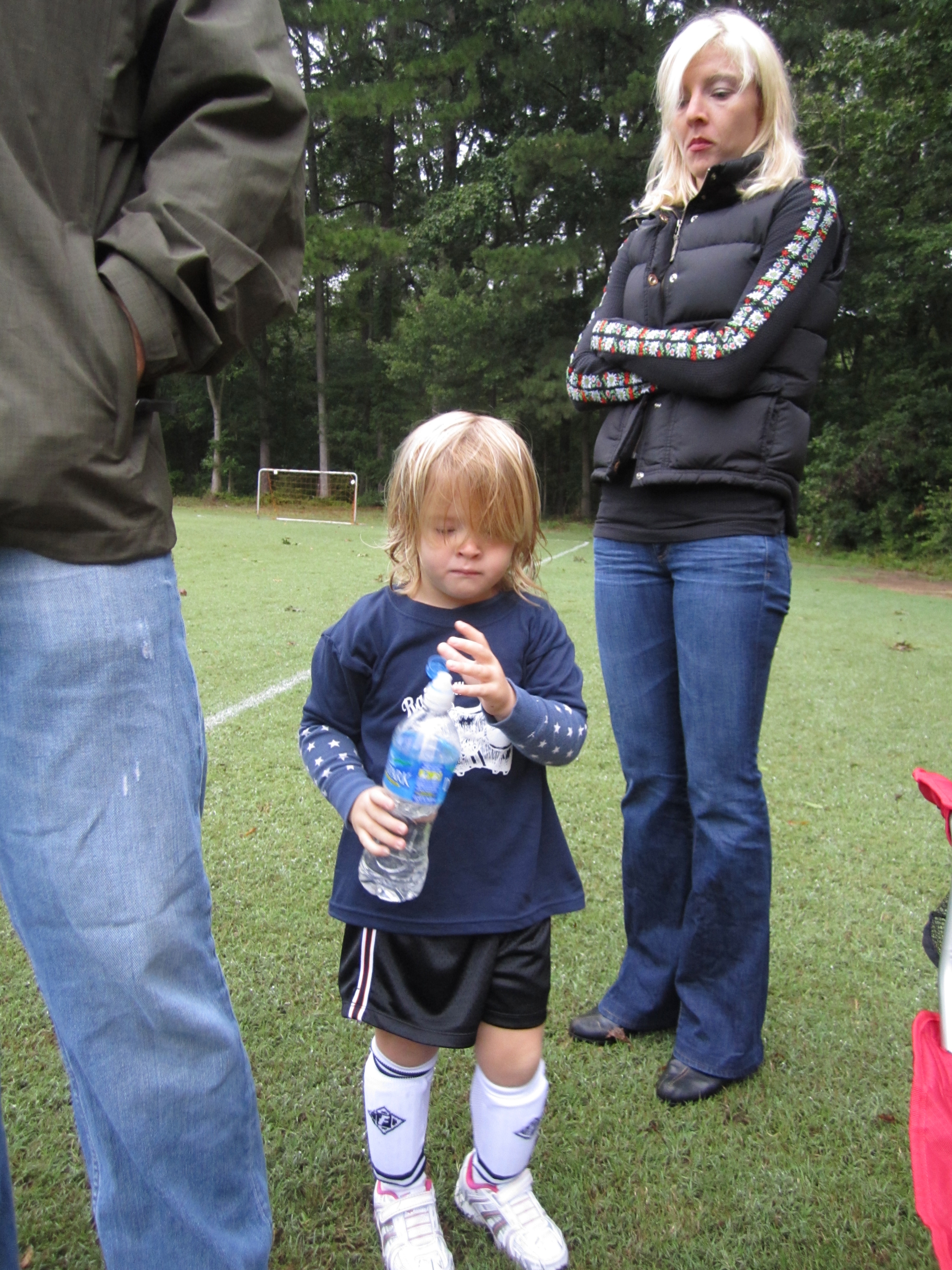 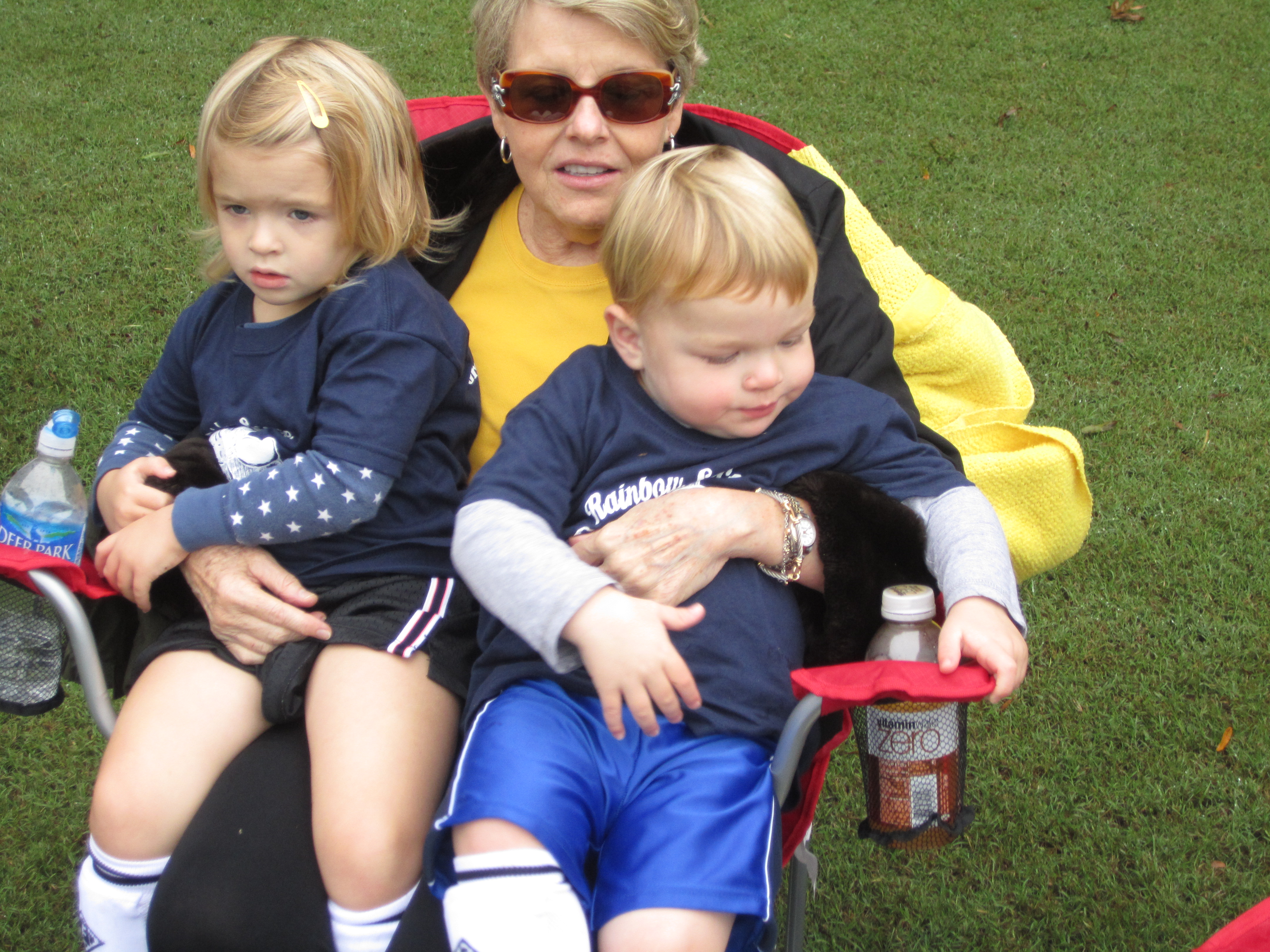 Break time for both Becca and Henry.