In Salt Lake City, we enjoyed a beautiful rainbow over the SLC valley. The view from our condo was spectacular. It almost became a double rainbow. The second rainbow was so faint I could not get a picture of it. 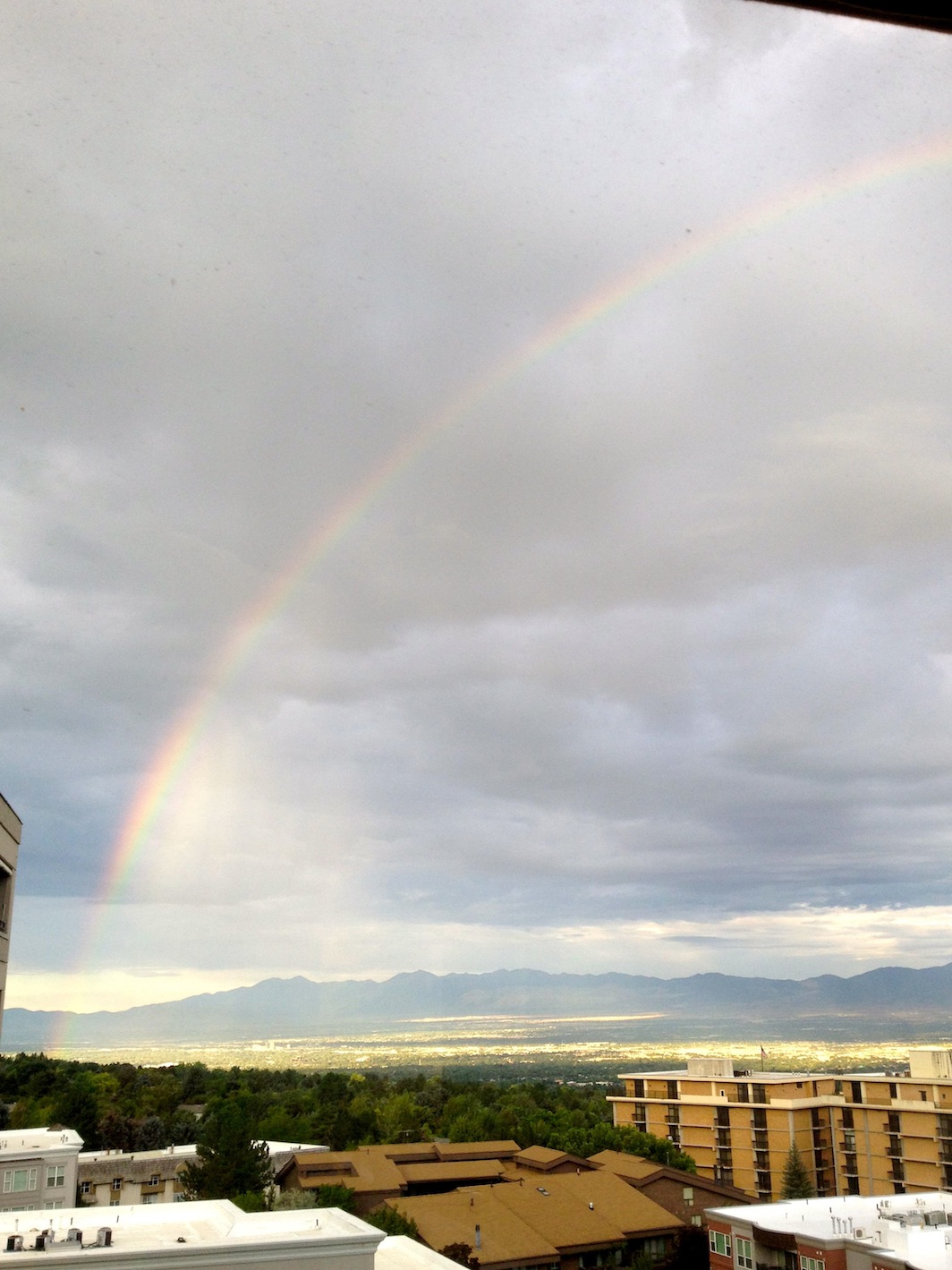 View of rainbow from our condo near Hogle Zoo. 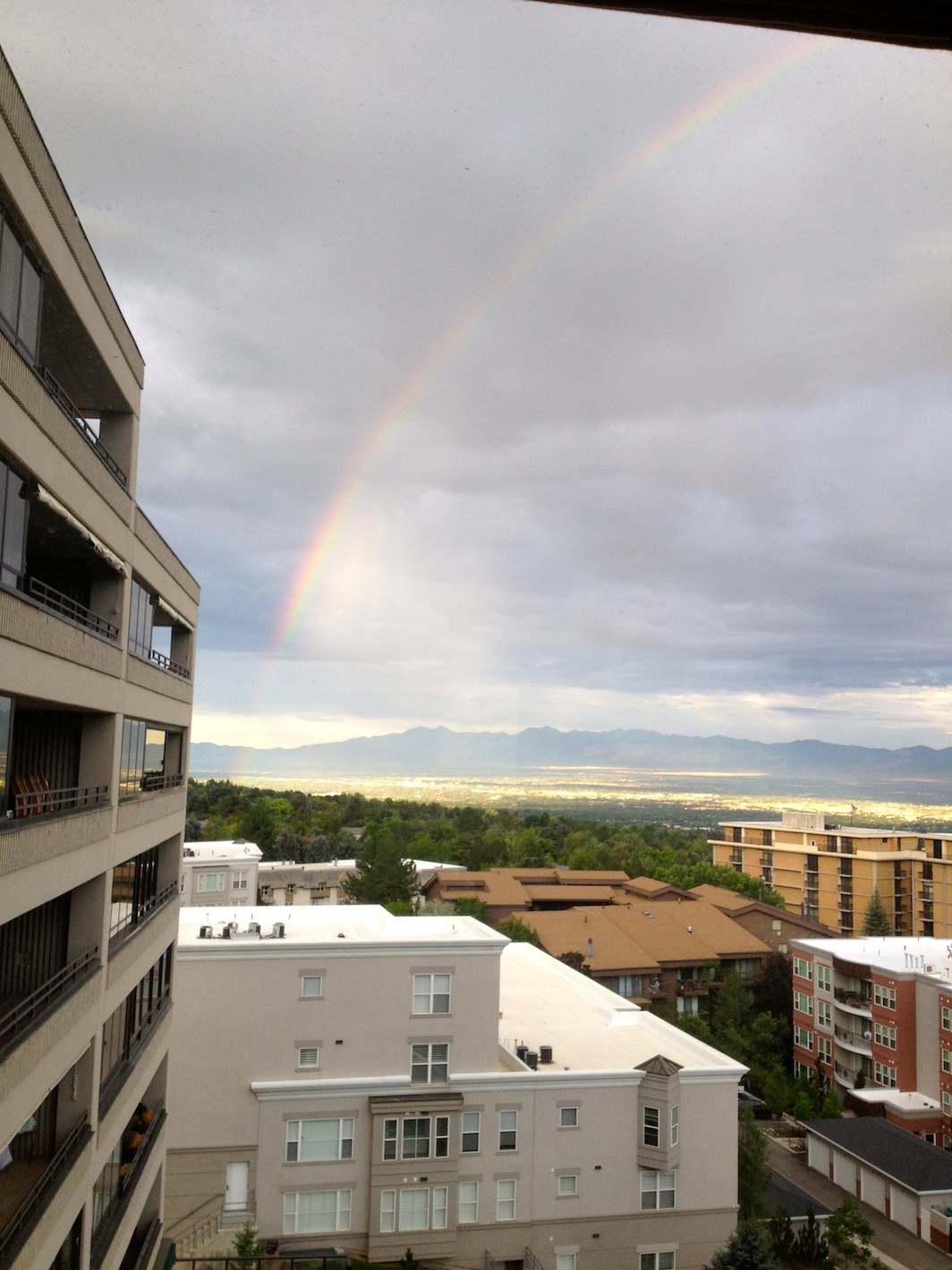 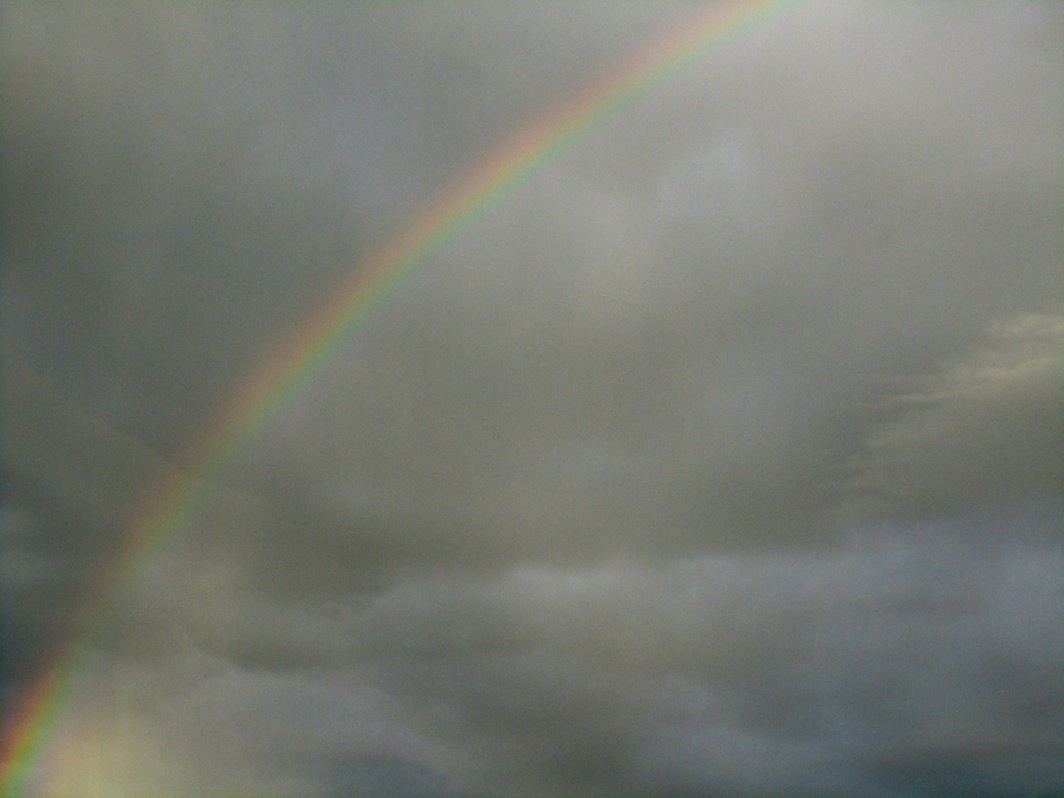 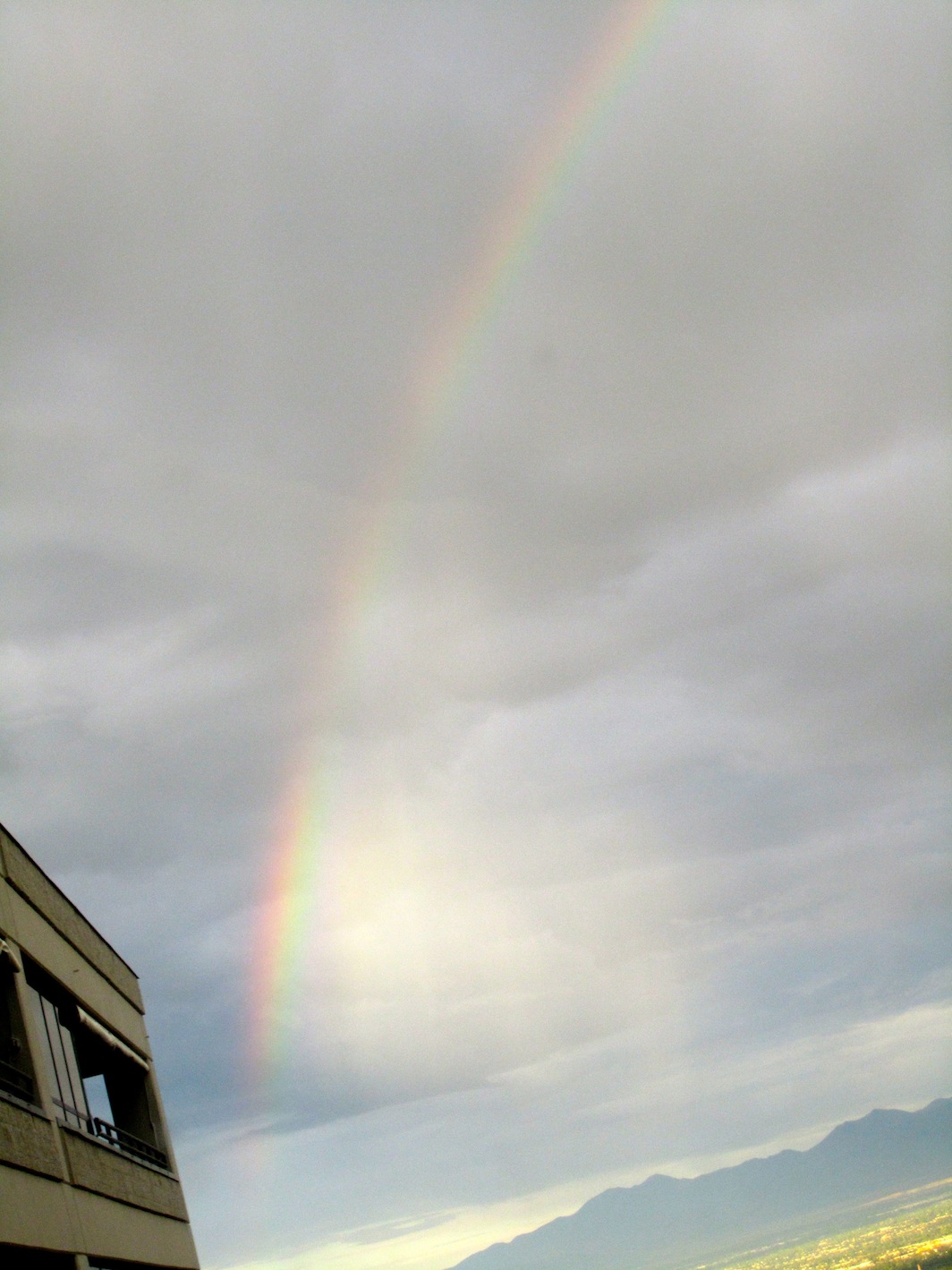 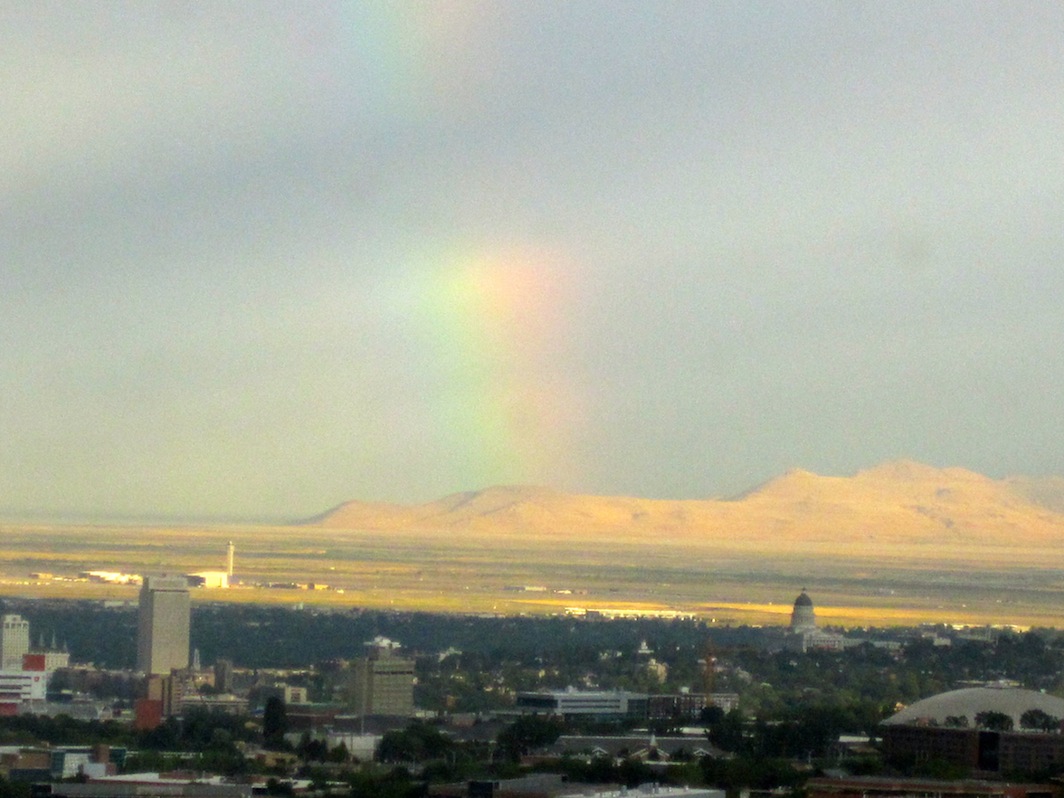 I very seldom see a rainbow, so imagine my surprise that the week after I get home I see another rainbow while I was at church. 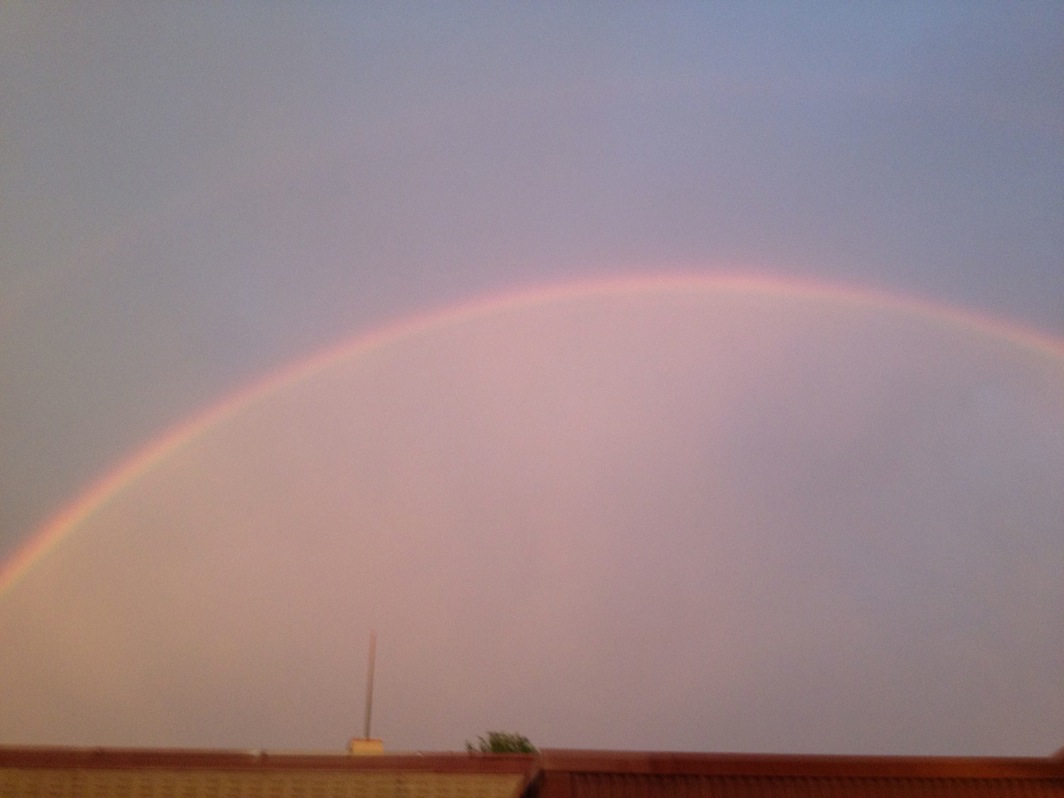 Rainbow in the eastern sky of Kansas City.

Rainbow over the church building. 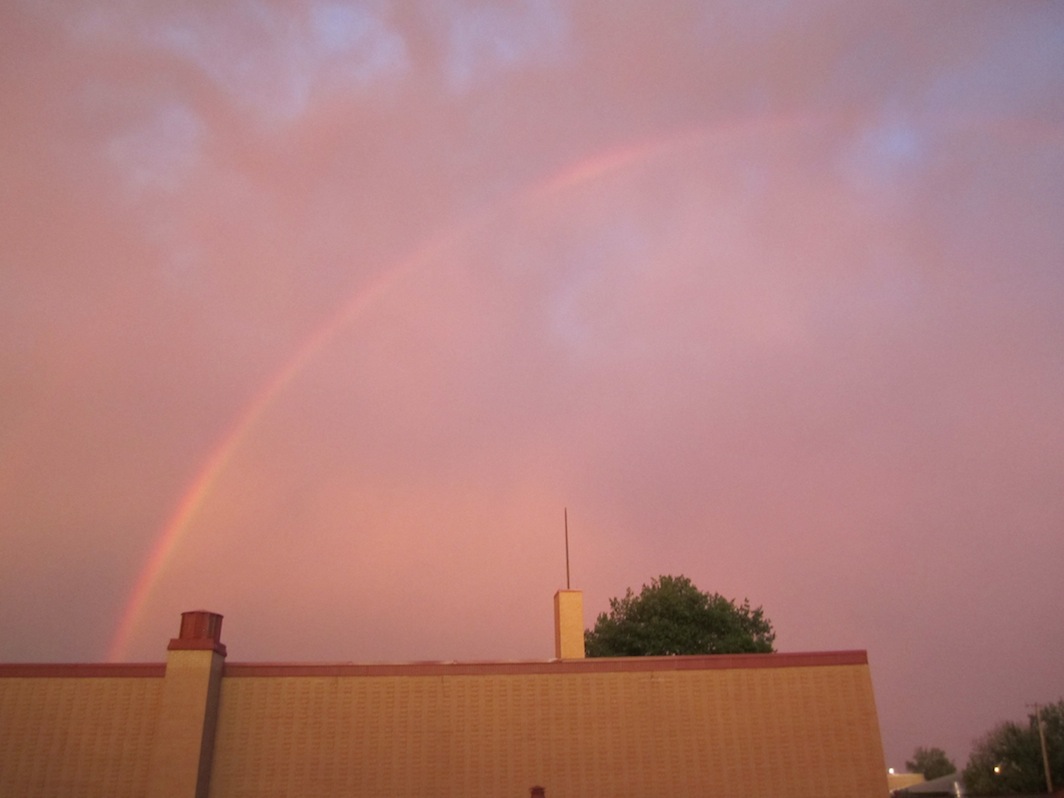