While Jen and children Becca, Henry and Caroline were visiting we worked on a couple of Becca’s school projects.  One was for a school project in conjunction with Reflections-sponsored by National PTA.  The theme for the 2014-2015 year is “The world would be a better place if…”

Becca a first grader at Indian Hills elementary school  decided the world would be a better place if people would not be mean to each other and not say mean words.

We were watching “Halloween Wars” on the Food Channel when she got her inspiration…a “mean word chomper”- something that would destroy mean words!  The episode of Halloween Wars had a large pumpkin with teeth and she envisioned a creature that could eat (chomp) all the bad words.  But as only a first grader could think…she envisioned it would chomp the mean words, digest them and its “poops” would be gum balls that would be able to spring into flowers.  Flowers seeded by gum balls!  So not only would the chomper destroy the mean words by eating them up but they would be replaced by flowers…via gum balls.

Who wouldn’t prefer gum balls and flowers to mean words!  Sounded like a winner to me. So we set to work.  Our first  go around with the paper mache covering the balloon was a flop!  Our balloon must have had a leak since we lost air in the balloon very slowly and it shrunk before the paper mache dried.  It looked like a very wrinkled prune.  Running out of time we used a soccer ball pinata for the body of her chomper.  Added paper mache to it…cut out the mouth…painted it…added sparkle balls for eyes (another first grader added touch).  Real gum balls were used.  Air dry clay worked perfectly for the flowers.  She was quite pleased with the results! 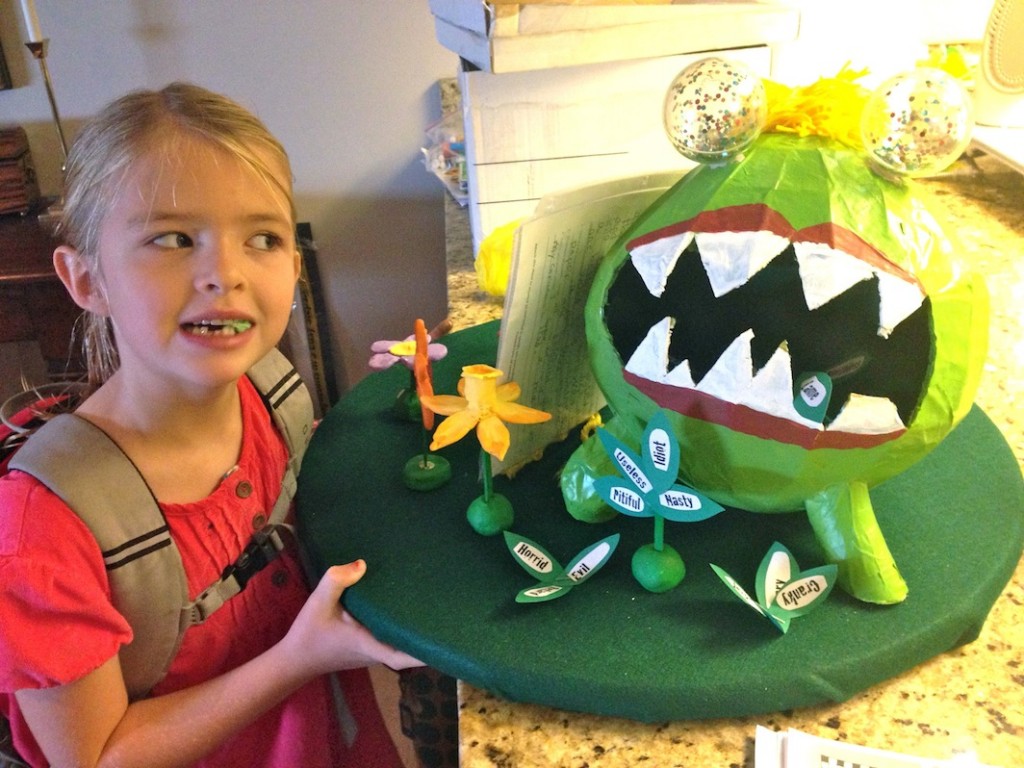 Becca and her mean word chomper. 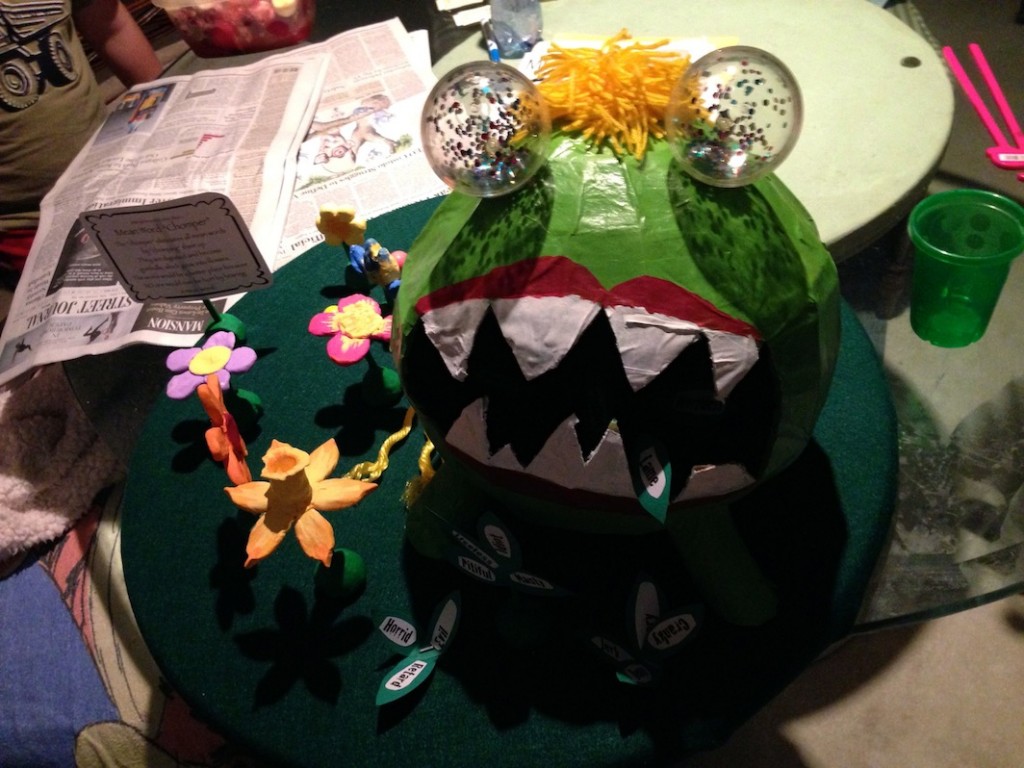