Friday, I went to Chicago, with my friend Ellen Duckworth to support Becca and Carl in their endeavor of running the Chicago Marathon.  This was not their first marathon.  Both Becca and Carl have run the Philadelphia marathon.   Becca has also run Boston and New York (she qualified at Philadelphia).  We arrived Friday morning, so we spent the day doing a little shopping on Michigan Avenue enjoying the sights and the shopping.  It was a beautiful day in Chicago!

Sun breaking over the Tribune Building in Chicago

A trip to Garrett Popcorn is a must when visiting Chicago. We were lucky, the line was not too long. We had to get some of the caramel and the cheese. They had a pumpkin flavored popcorn, which we sampled, but we passed on it. 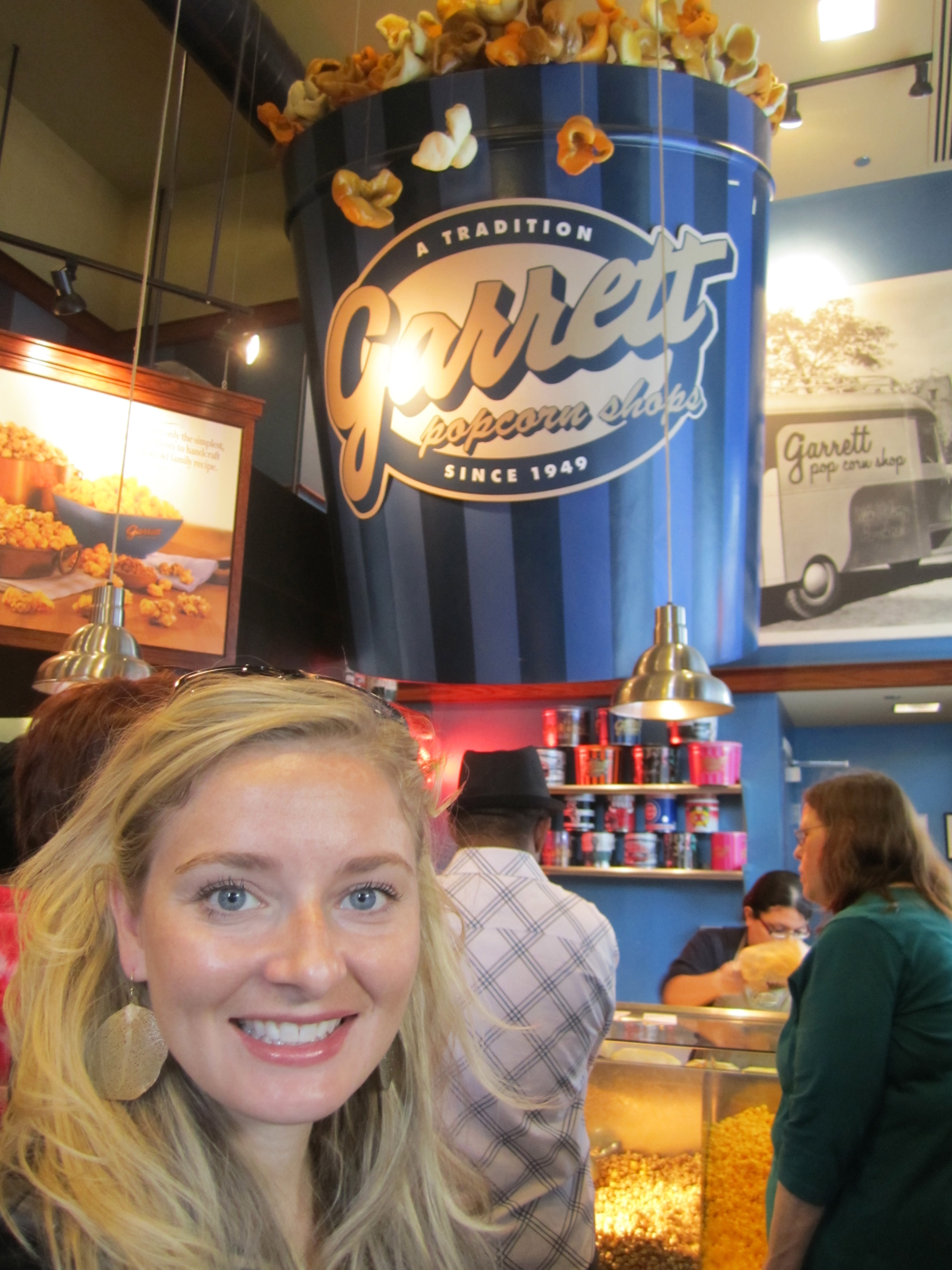 A trip to Garrett popcorn is a must when visiting Chicago, Becca at Garretts.

At the Apple Store on Michigan Ave there was a crowd, and an impromptu memorial growing to Steve Jobs (he passed away earlier this week). On the stickie notes people had written messages like, “you changed our lives.” The next day the memorial outside the store was twice as large. 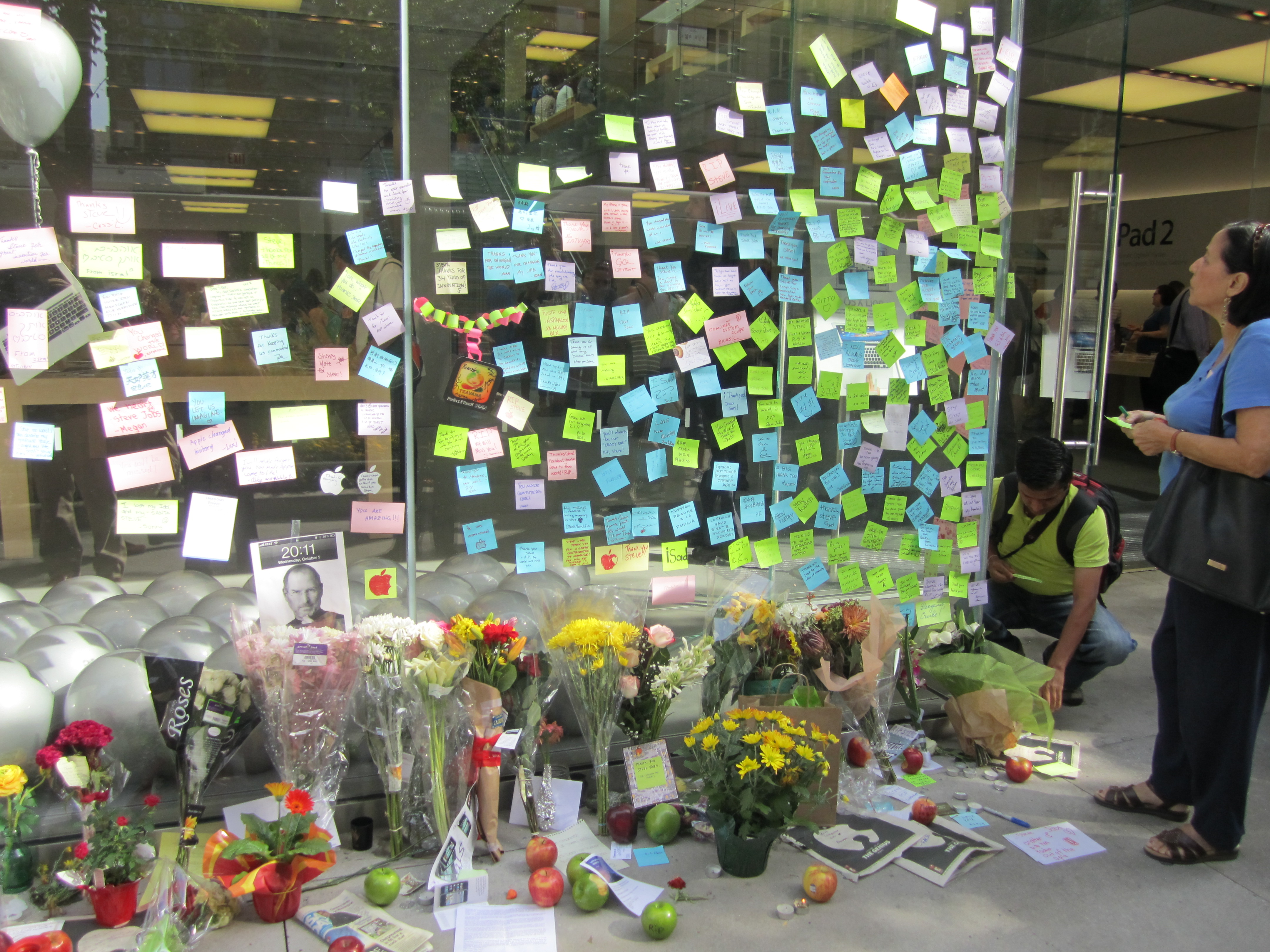 Impromptu memorial to Steve Jobs at the Apple Store in Chicago.

We also visited a new store that has recently opened in the US, a store by the name of AllSaints. It is decorated with old machinery from textile miles and dozens and dozens of old sewing machines. Becca found a cute dress there. 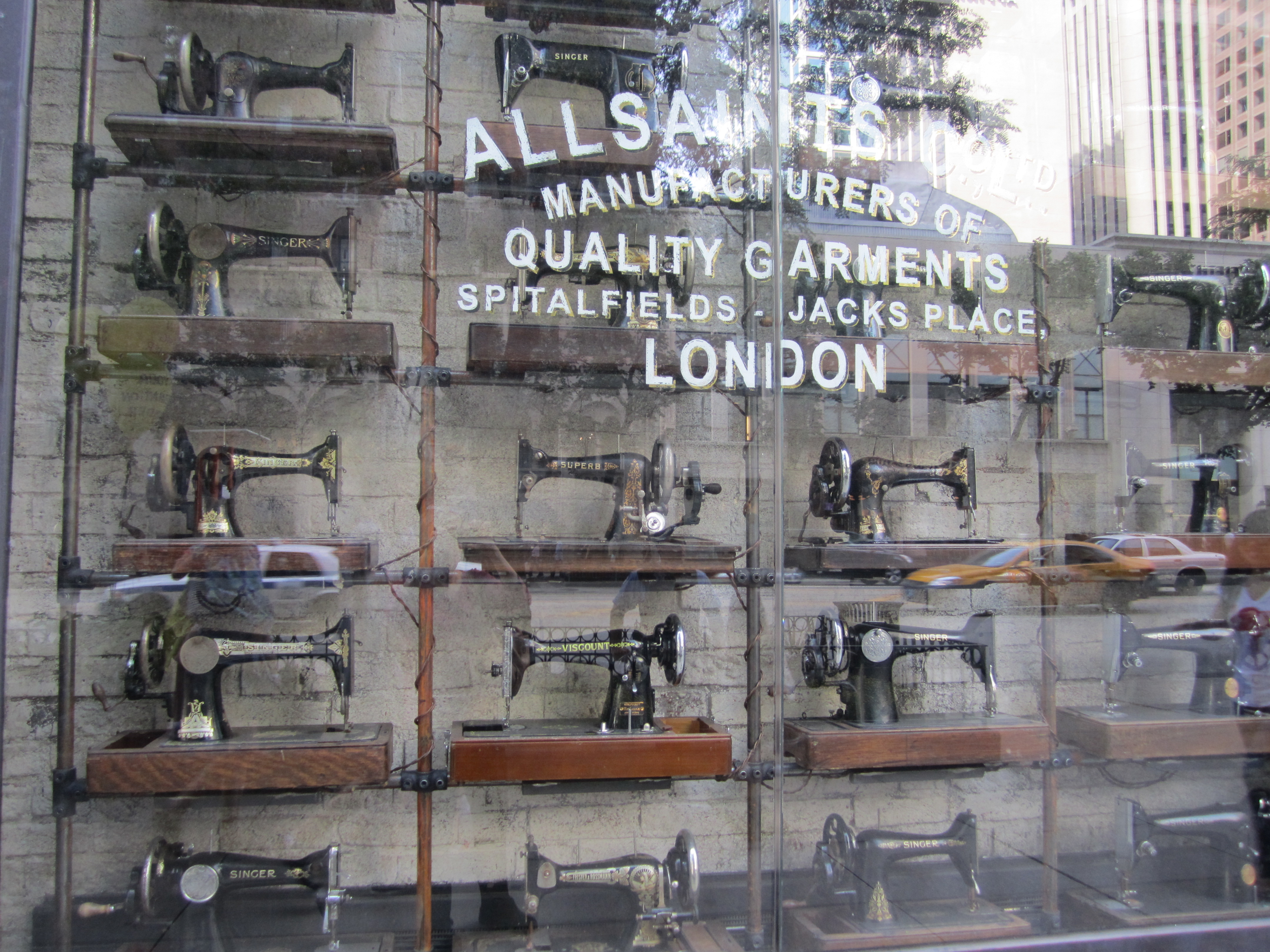 Front window of the new AllSaints store in Chicago. 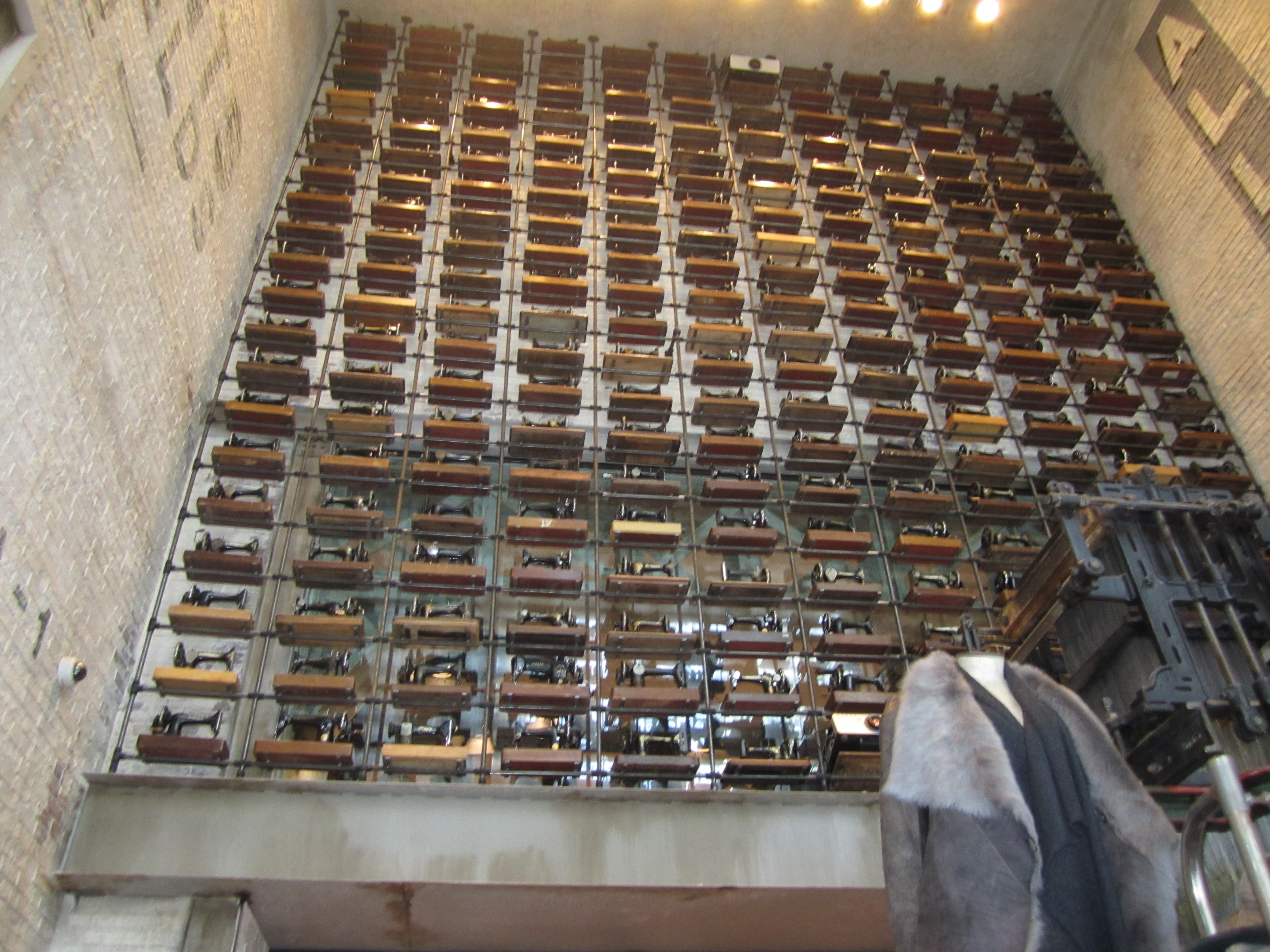 Dozens and dozens of antique sewing machine at the entrance of AllSaints Store in Chicago. 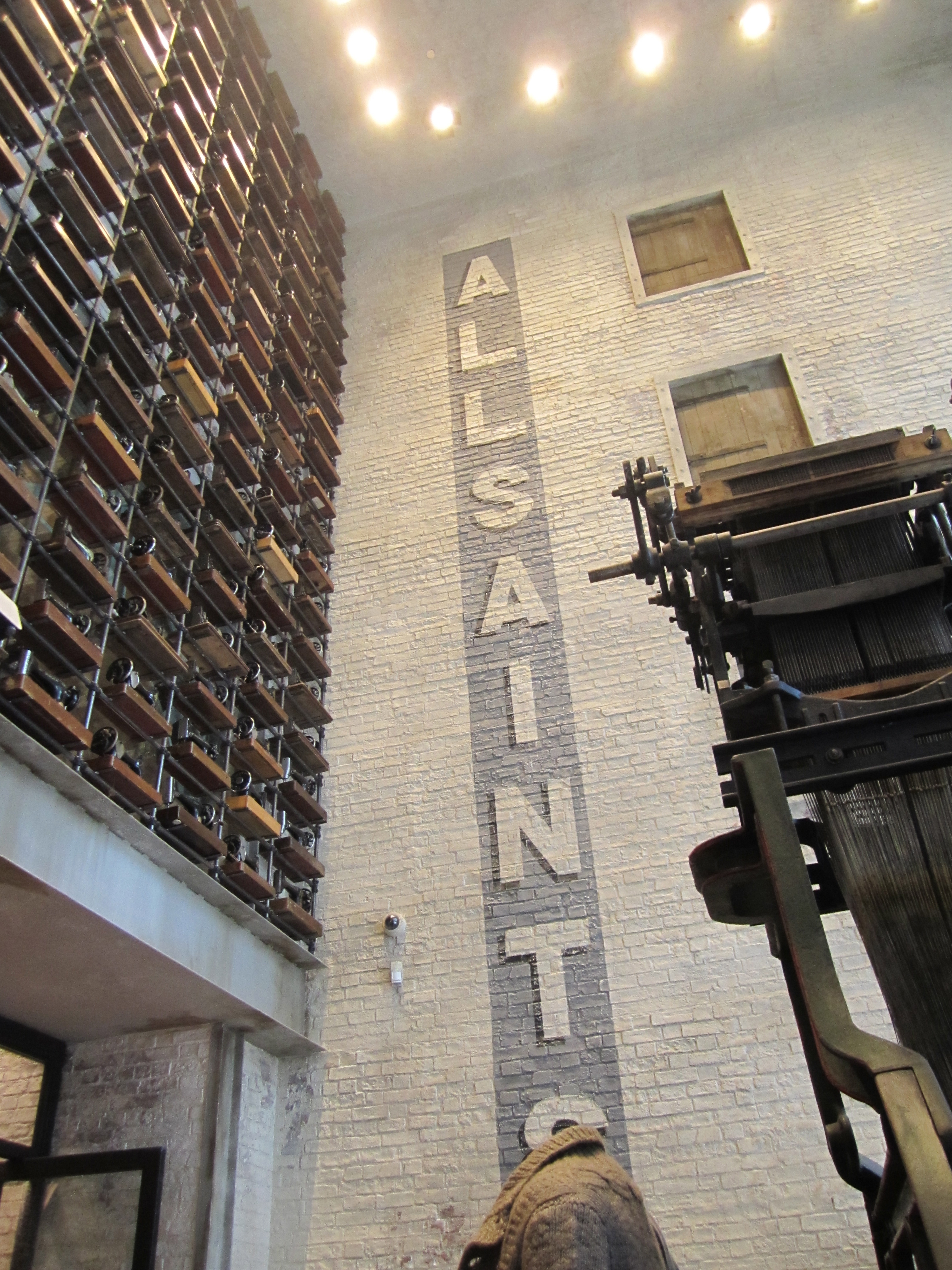 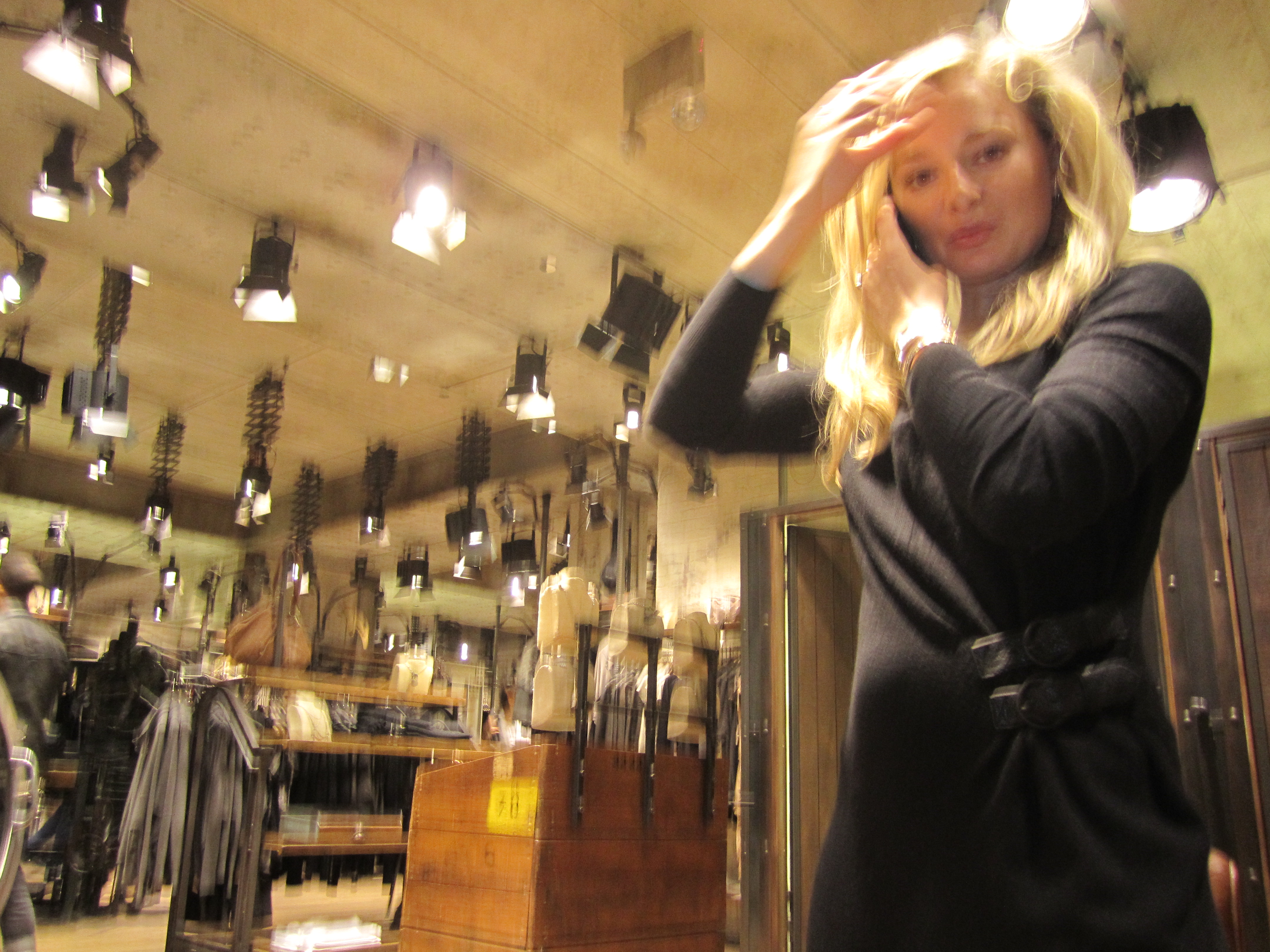 Becca Trying on a Dress at AllSaints Store Chicago. 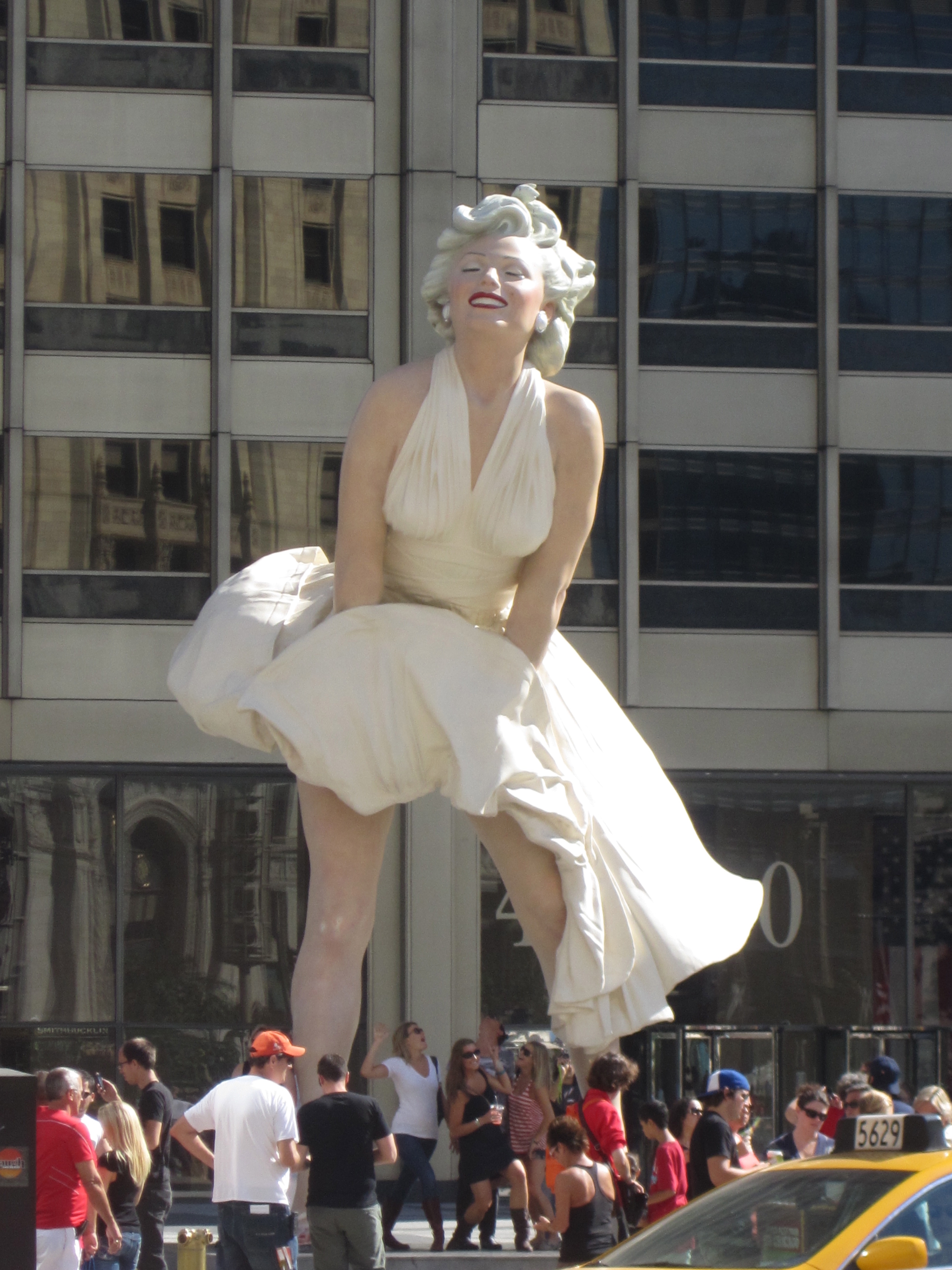 Eating in Chicago is an experience. We ate at Shaw’s Chowder House, Merlo on Maple (the restaurant chosen to be the place to “carbo” load the night before the marathon) and Benny’s Steak House. 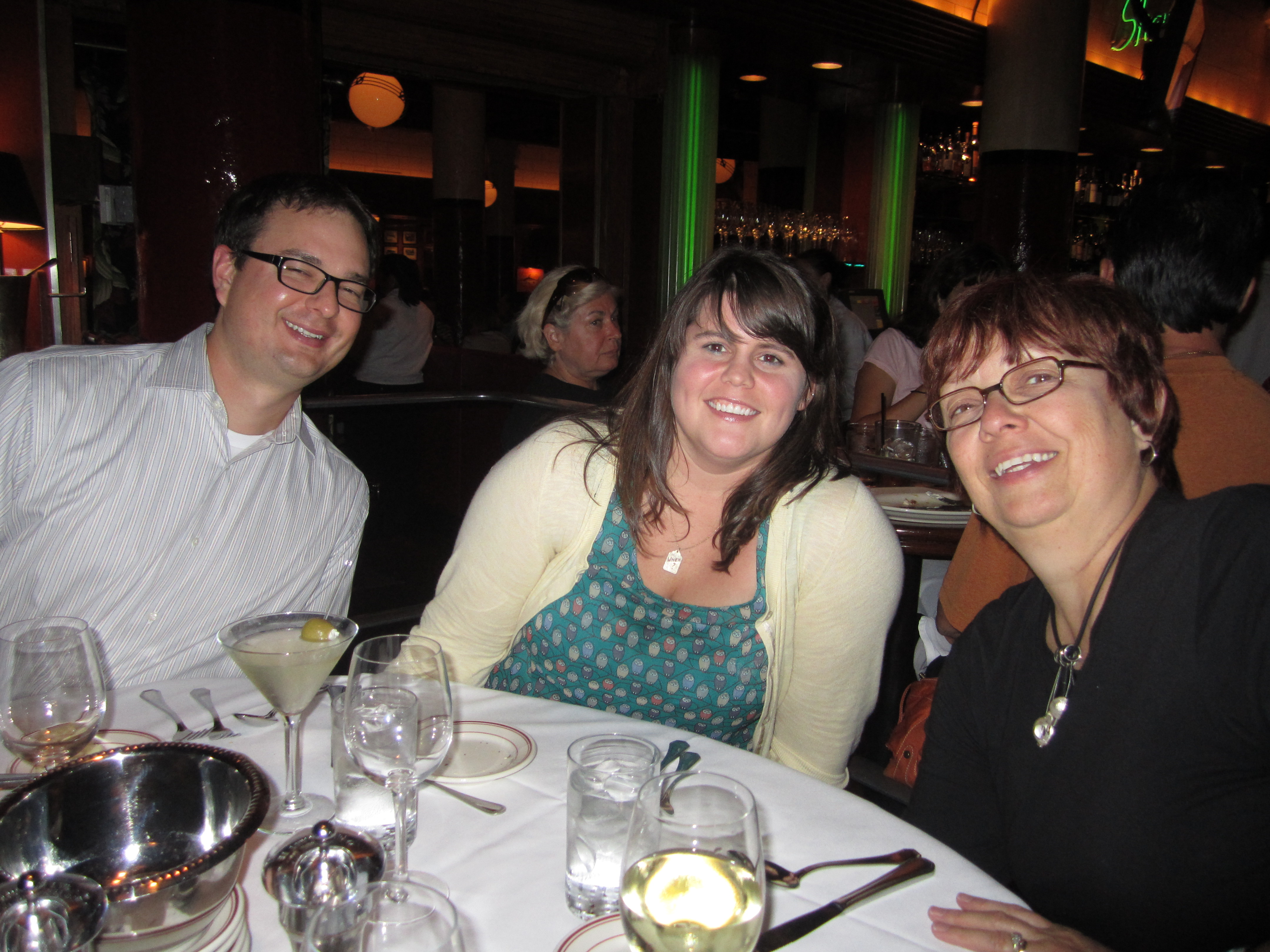 Shawn, Megan and Ellen at Restaurant. 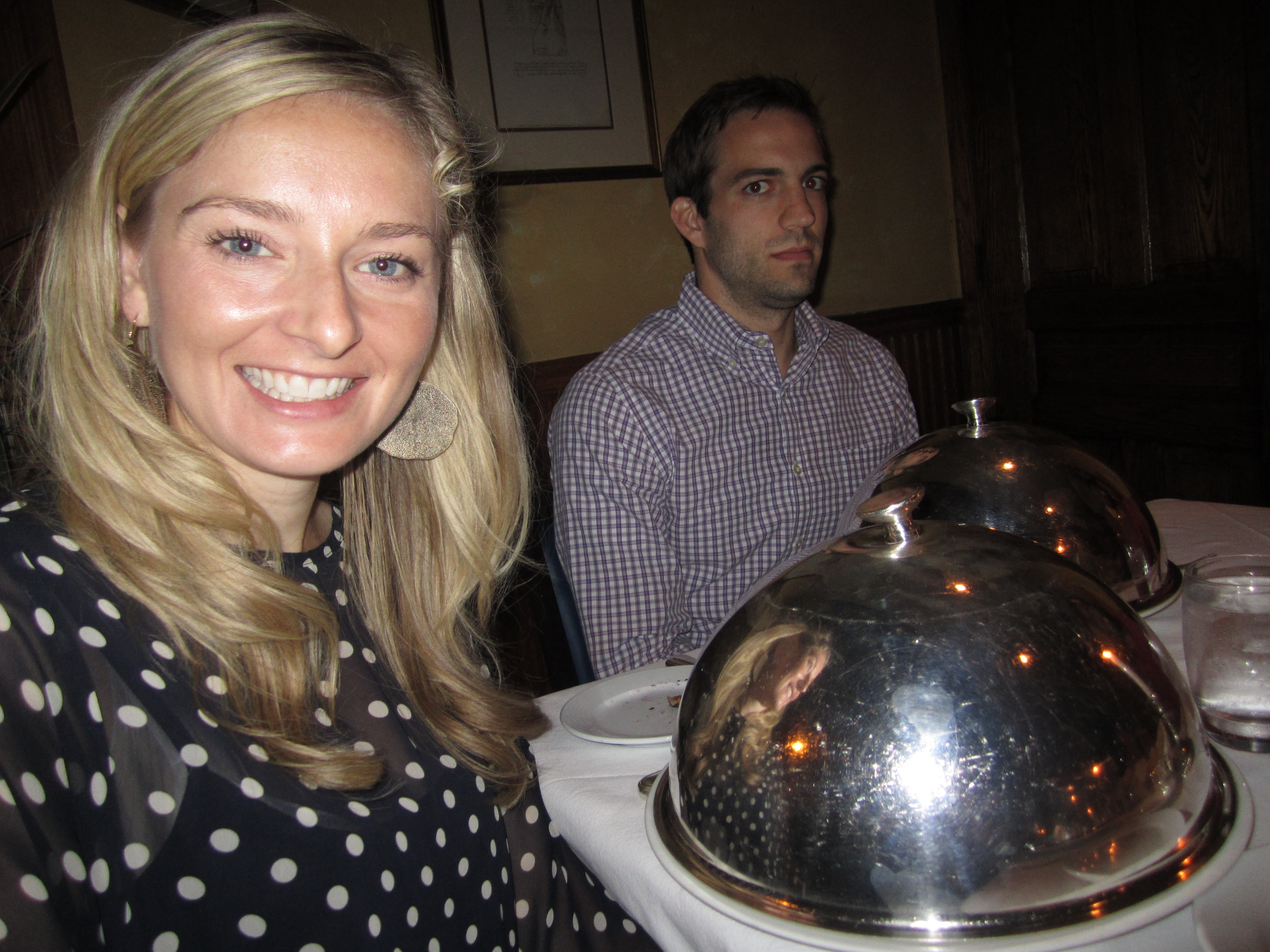 Becca and Carl at Merlo on Maple Restaurant, "carbo-load" before the marathon. 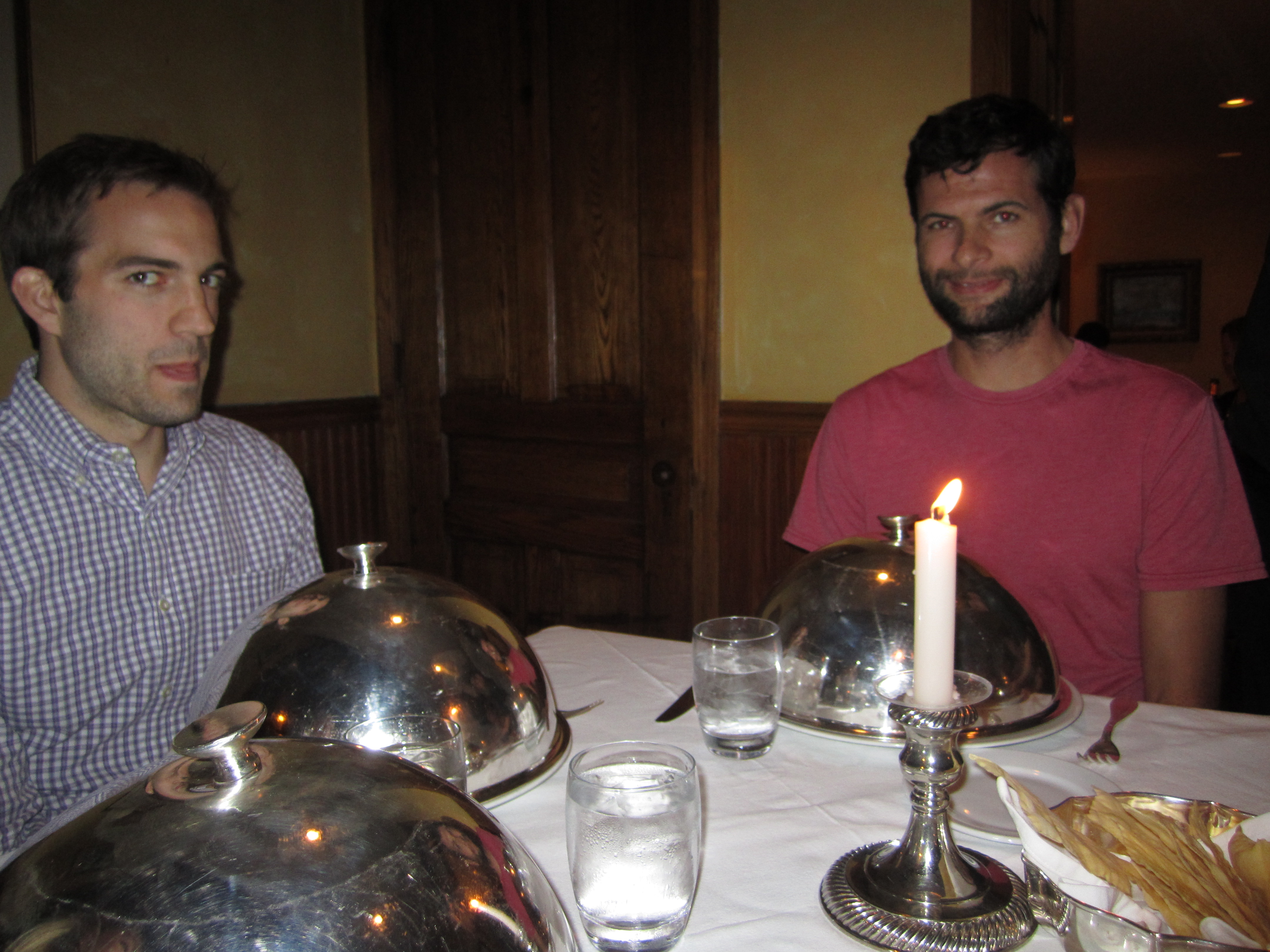 Carl and Jak Brienholt (friend of Carl and Becca-also running the marathon) at restaurant. 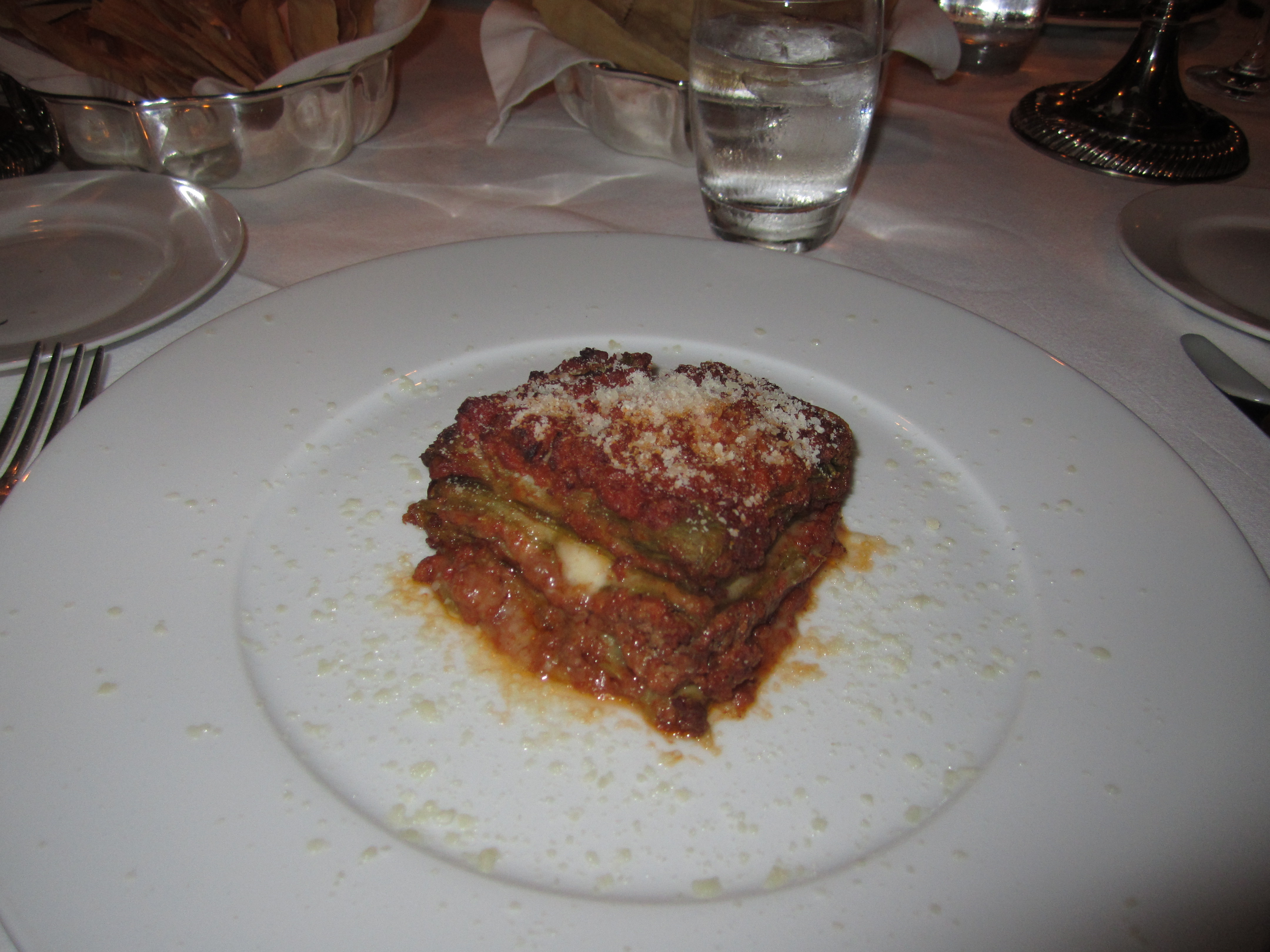 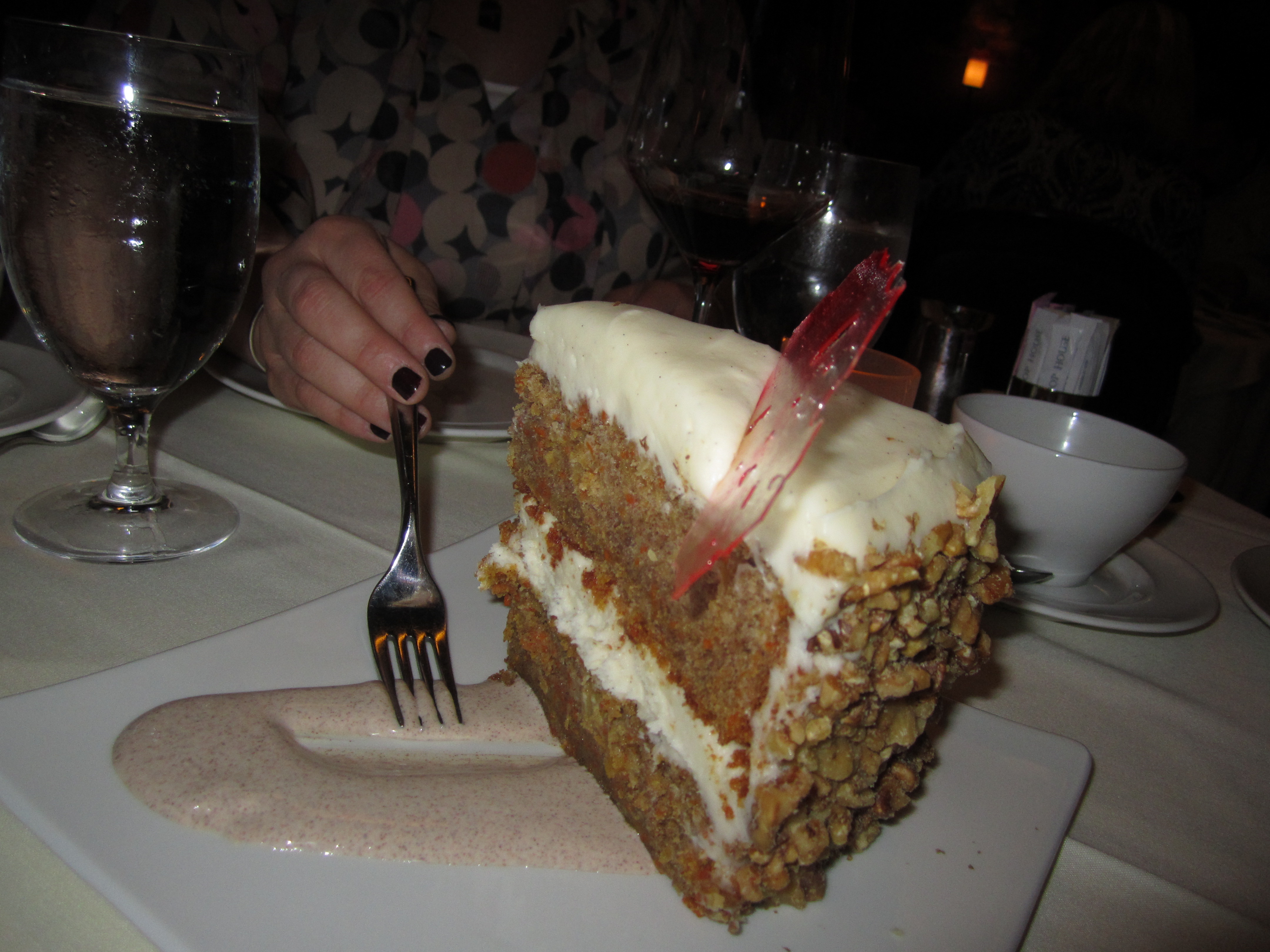 The biggest slice of Carrot Cake we had ever seen at Benny's Steak House!

We stayed at the Congress Plaza Hotel, which was right across the street from the start and finish of the marathon. It was also a perfect view for the fireworks over Navy Pier. 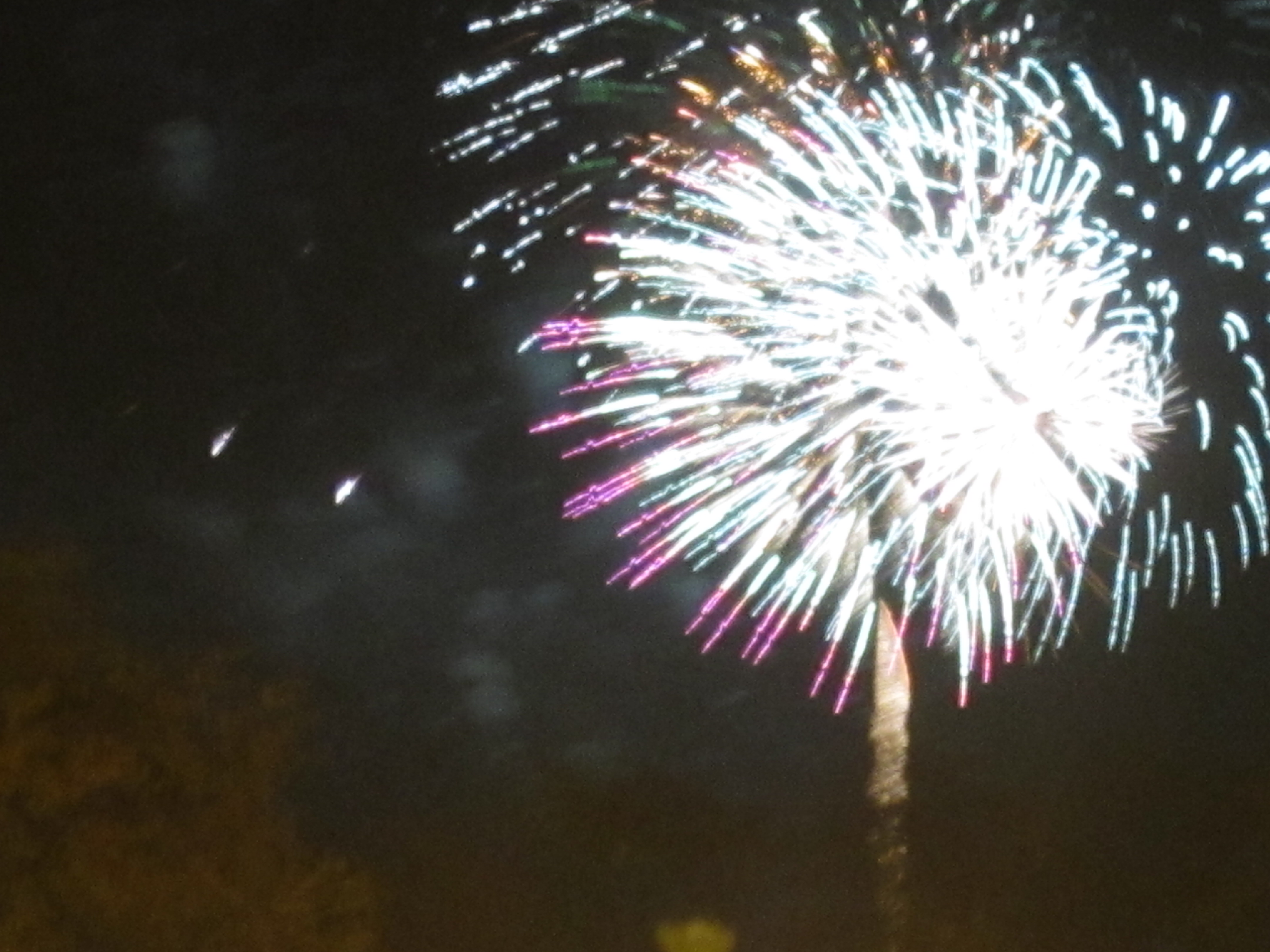 Ellen and I went to several spots to watch the runners and they ran the marathon route. It takes intense concentration to spot your particular runner. I barely caught this picture of Becca as she ran by us.  She is the one with the purple top and the black capri running pants. 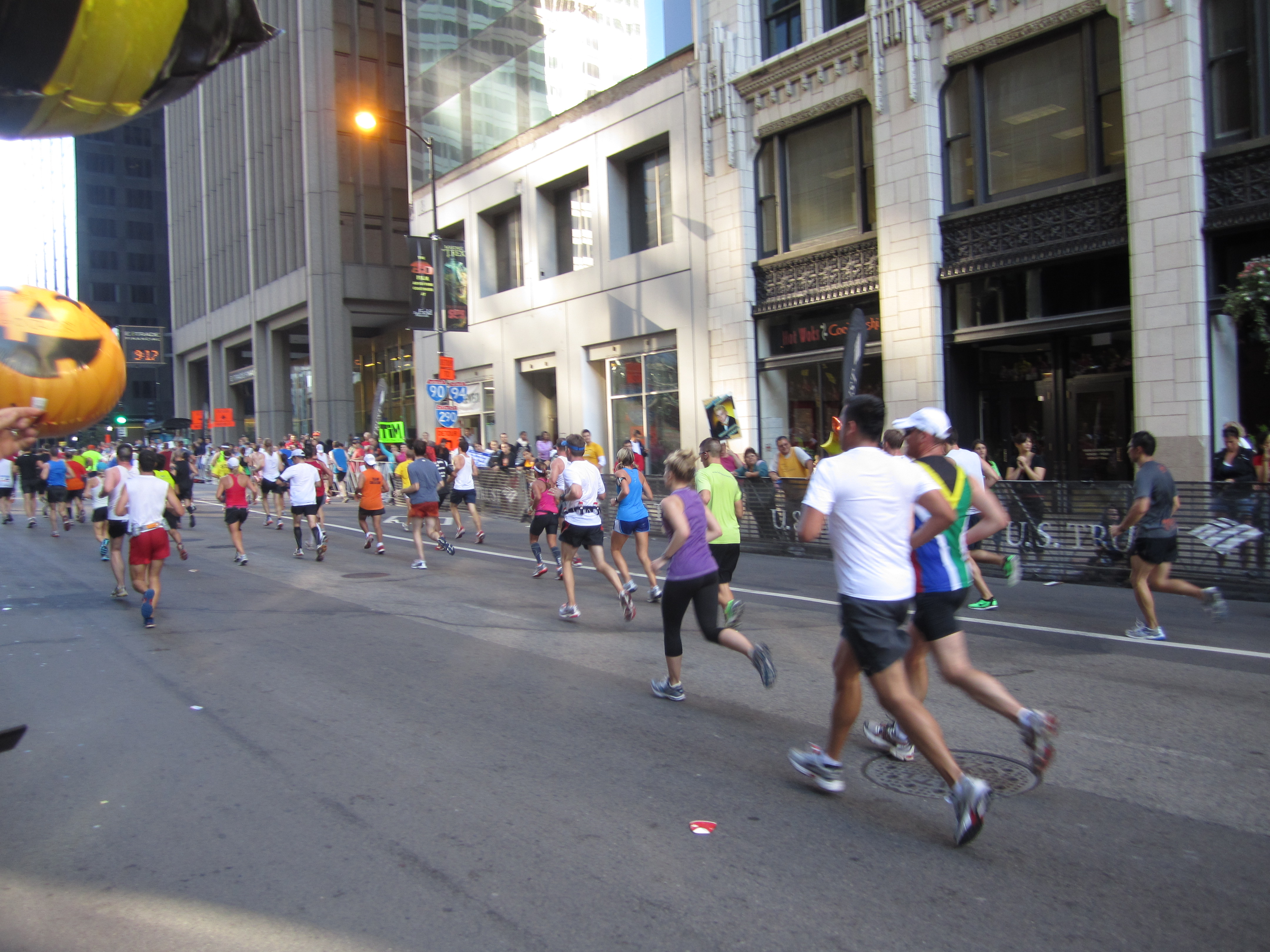 Becca running by us in the Chicago Marathon.

Becca and Carl had busy schedules before this marathon with little time for training. They both decided they would choose an easy pace and focus on having a positive experience.  Both of them looked great after running 26.2 miles! 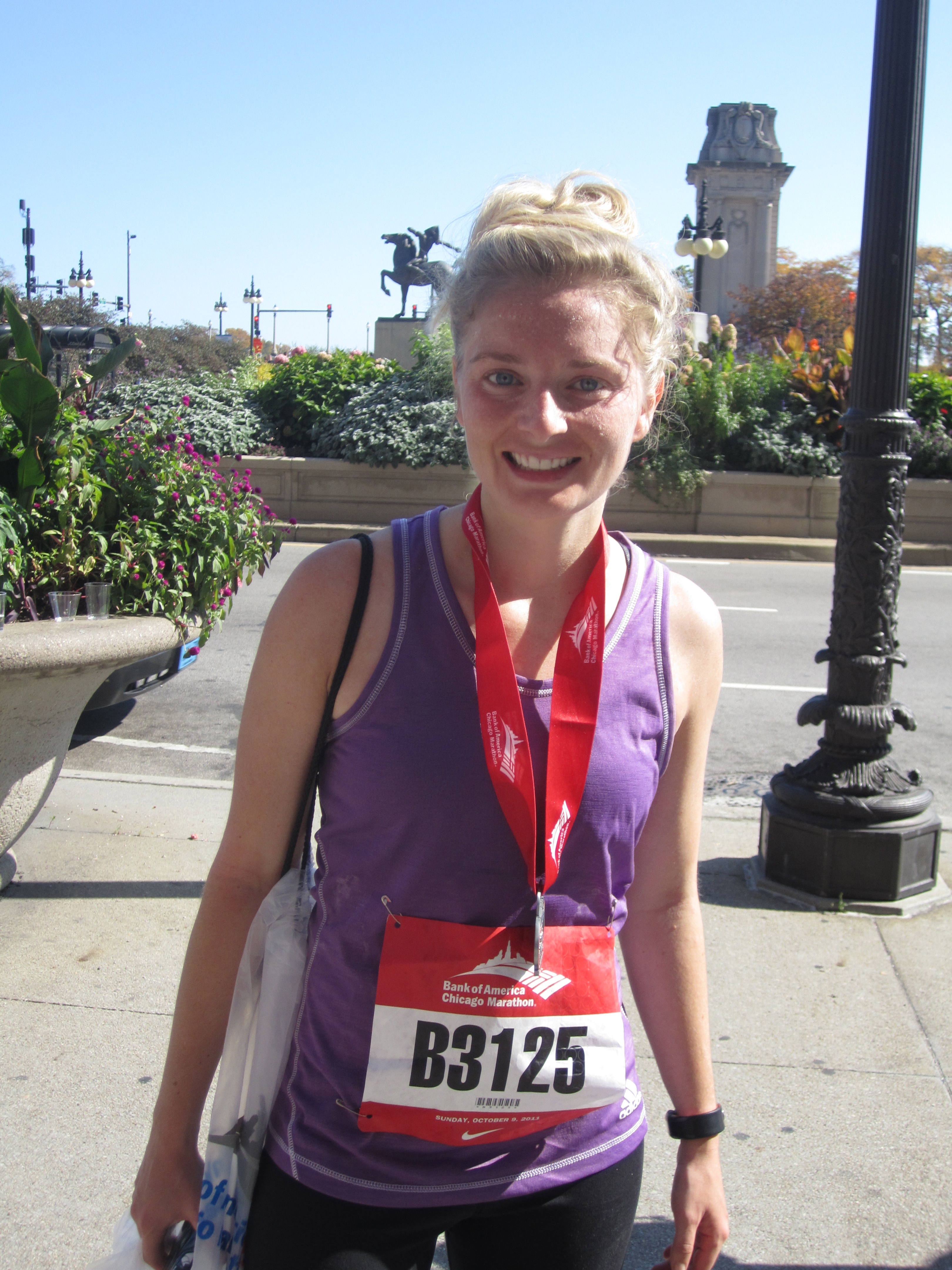 Becca and Ellen after the Chicago Marathon. 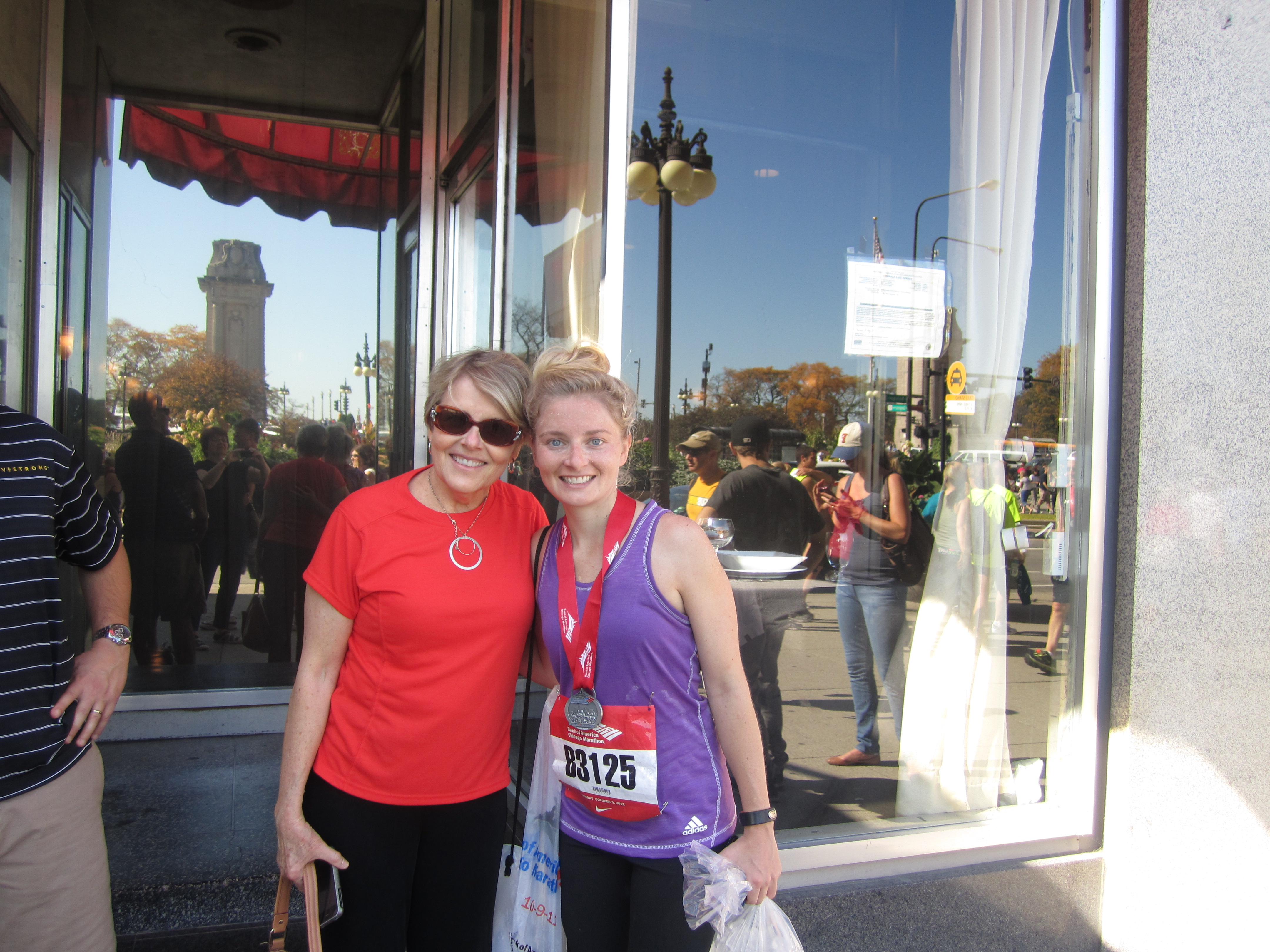 Me and Becca after the Chicago Marathon. 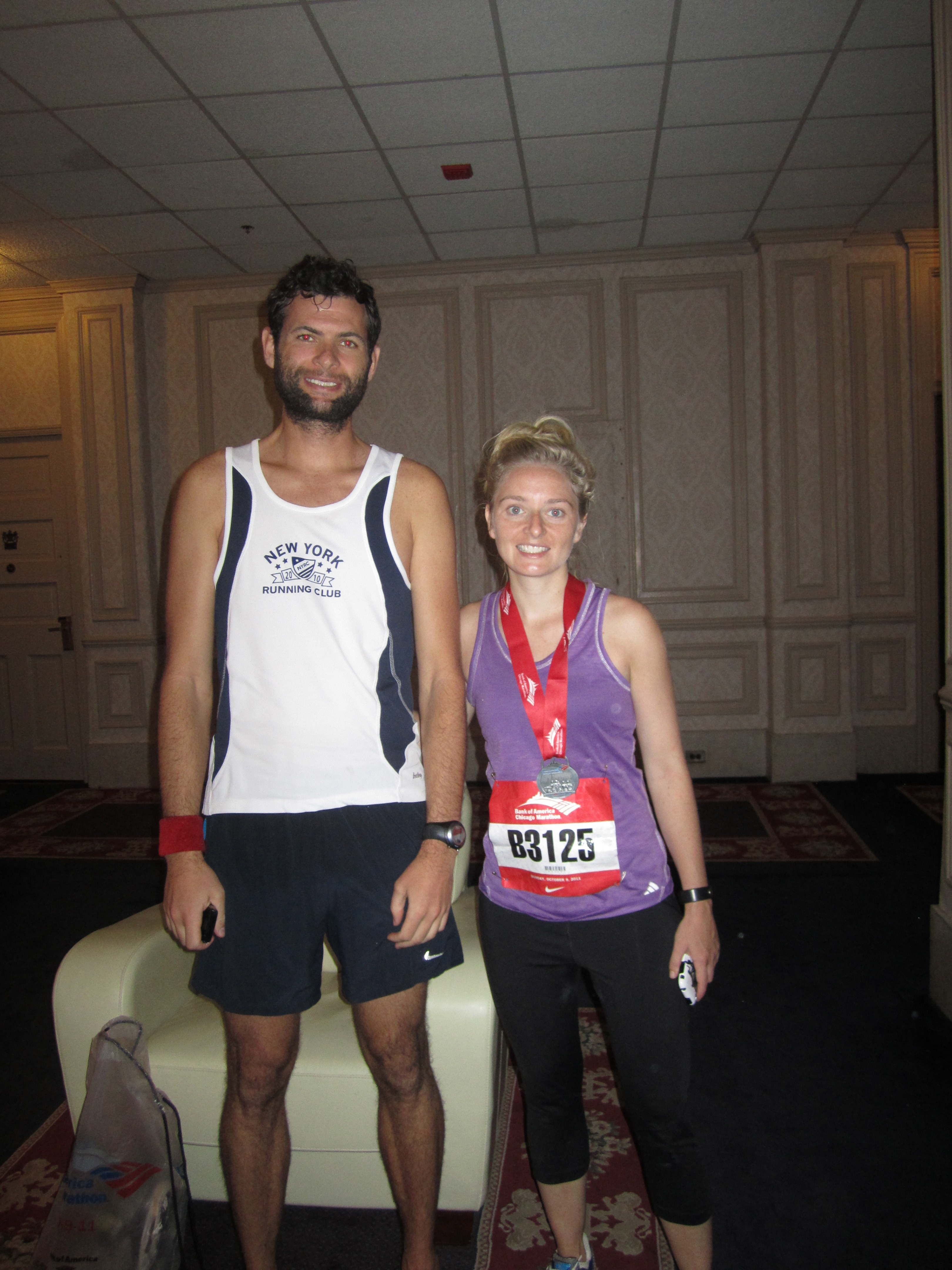 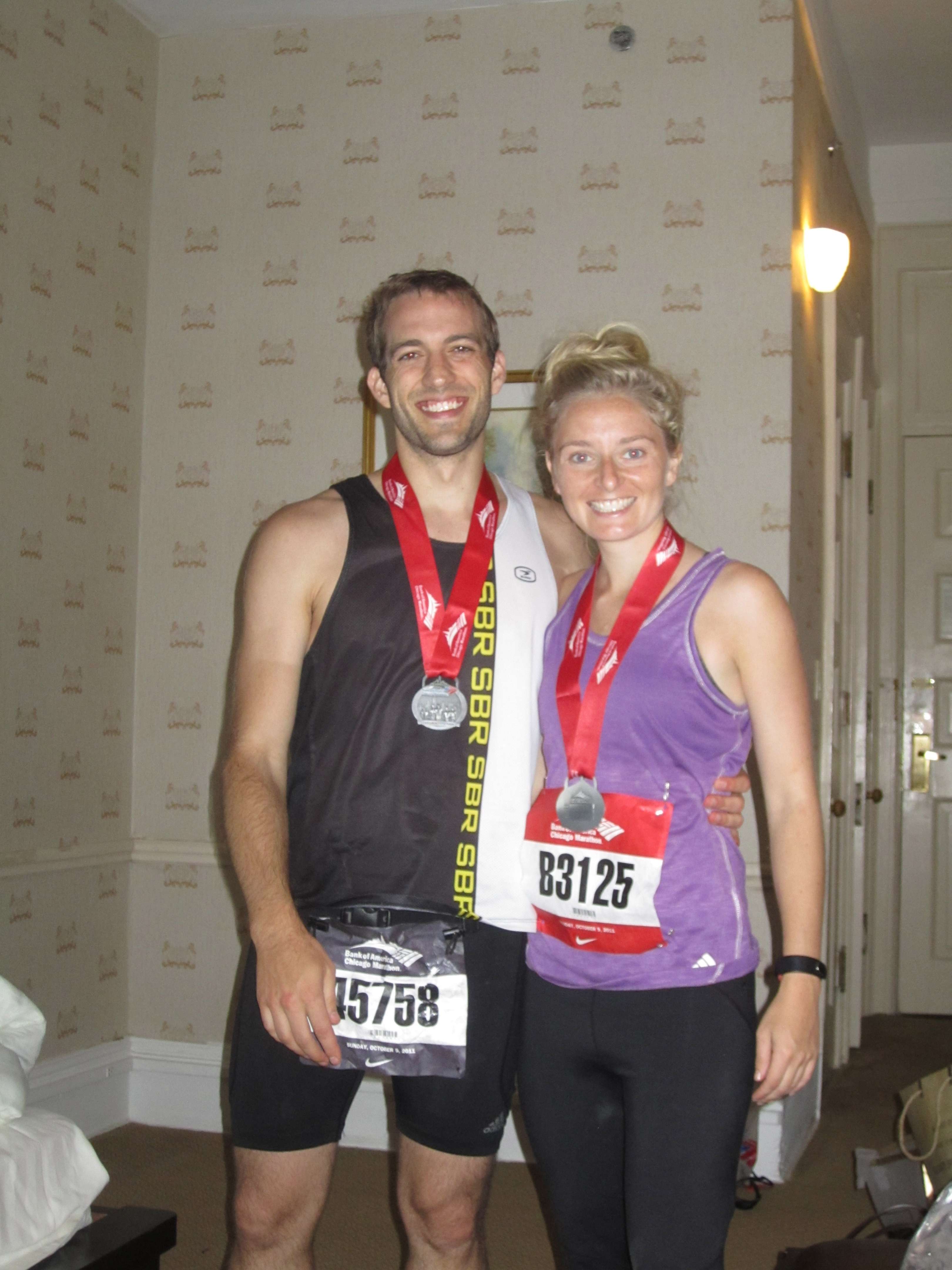 Carl and Becca after the Chicago Marathon. Carl did a 4:39 time. 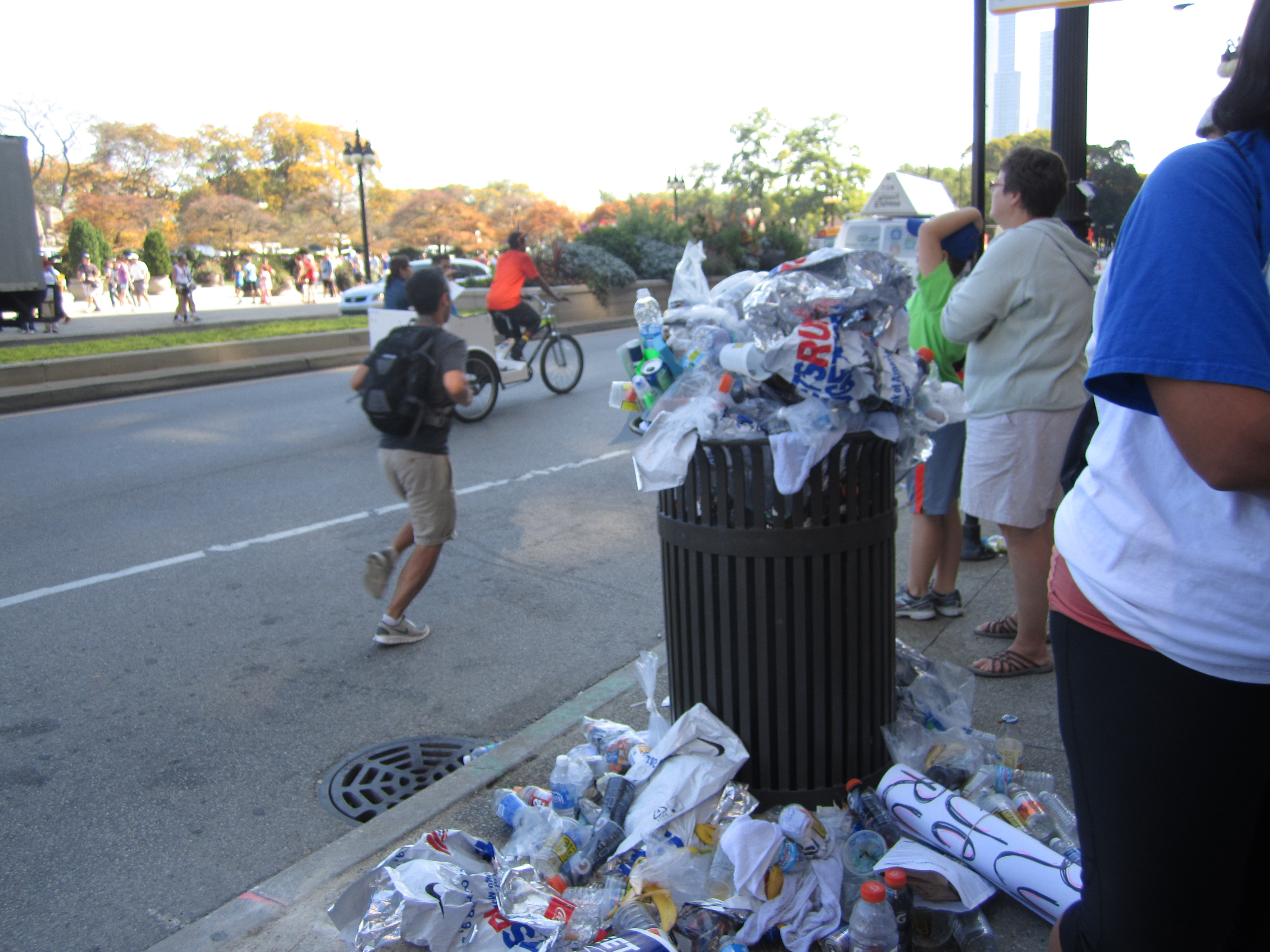