Fritz’s Railroad Restaurant is one of Kansas City’s unique experiences for children…it is not everywhere you can have your meal delivered on a train! 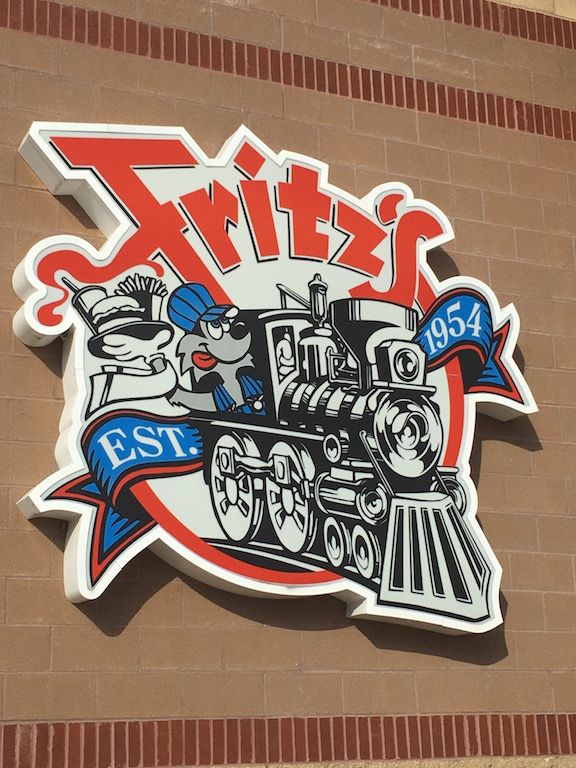 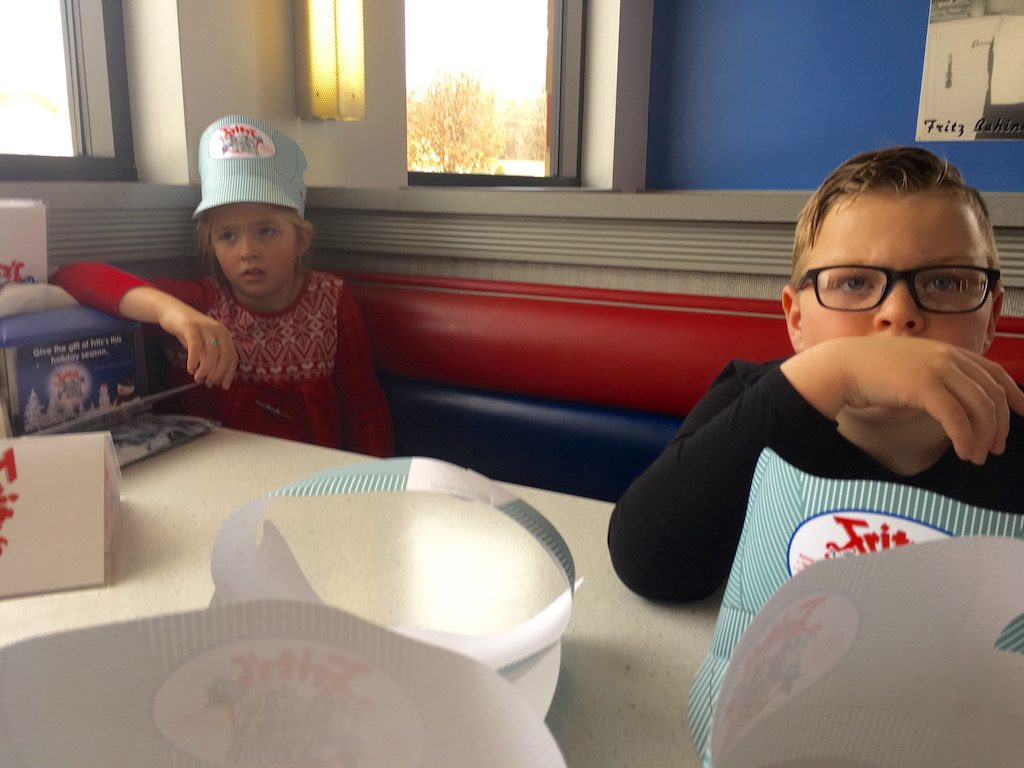 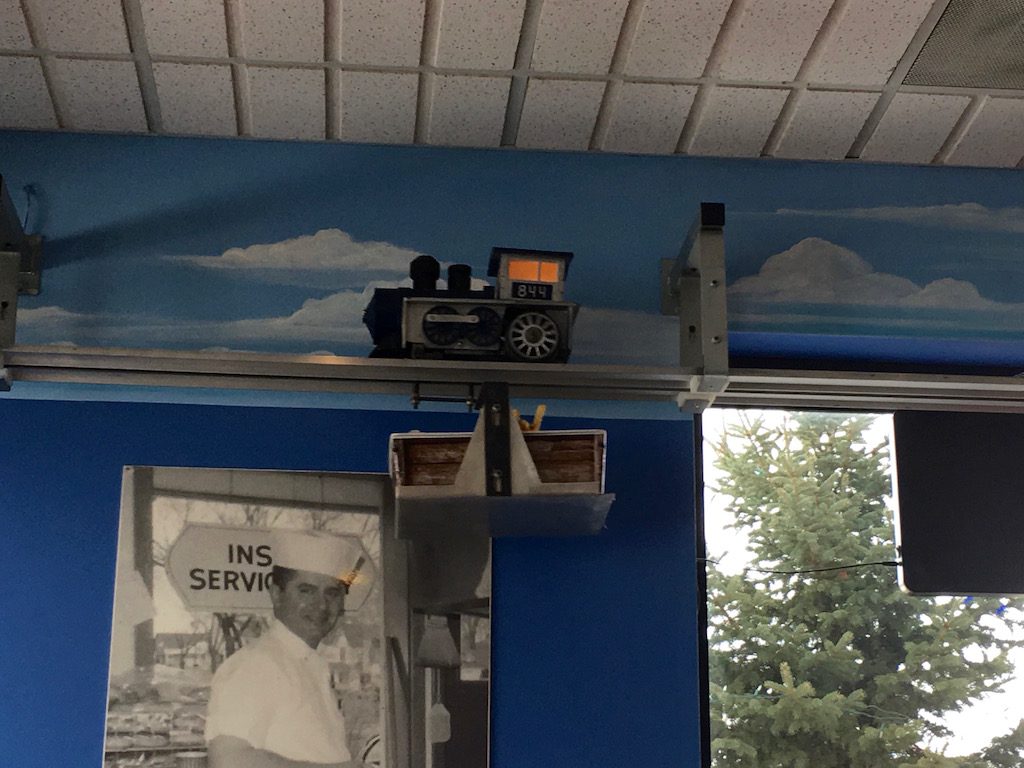 History of Fritz’s
Fritz’s is famous for old fashioned hamburgers made with 100% choice ground beef, grilled onions seared in the meat, toasted buns and always “cooked to order” just the way Fritz’s dad served them at his Kansas City, Kansas location, John’s Place, dating back to the 1920’s. In 1954, a few years after Fritz’s return from the Navy, which included an assignment on the USS San Francisco stationed at Pearl Harbor during the attack in 1941, Fritz and Virginia Kropf started their own fifties-style drive-in restaurant at 32nd and Brown Avenue in Kansas City, Kansas.Fritz added a second location on 18th street in the mid 1960’s. During this time, Fritz’s inventor skills lead him to the development of a food delivery system that he designed and tested in the basement of his home. The patented system was primarily intended to help with the shortage of labor which was a constant headache as he tried to operated both restaurants efficiently. Once the system, nicknamed the “Skat Kat,” was installed at the 18th street location in the early 1970’s, however, people began calling it a train. At first Fritz played down the railroad aspect of the Skat Kat, but he eventually decided to go with this popular theme. Train memorabilia and engineer’s hats for the kids enhanced this concept. Now we can’t imagine it any other way.Although all five of Fritz and Virginia’s children had worked in one or both of the restaurants, only the youngest, Fred, was willing to dedicate the long hours he knew the restaurant business required. Fred and his wife, Mary, bought Fritz’s on 18th street in the mid 1980’s. (By this time, Fritz and Virginia had sold the 32nd street location.)Fritz started working part-time at Fritz’s. He loved the business, but he was happy to give all the headache to Fred! Fritz was still tinkering with the trains when he died in 2004 from complications following a wreck on his motor scooter at the age of 83! He and Virginia both believed in living life to its fullest. Virginia, now 83, still does some of the bookwork for the restaurants.Fred and Mary were approached by Crown Center Development to open a Fritz’s at Crown Center in conjunction with the re-opening of Union Station. Just when they thought they might be able to relax a little, they were thrown back into the frying pan so to speak! Installing a train that delivers food back in the 1970’s was one thing. Installing it to meet all the new government safety regulations was a true challenge.Shortly before Christmas in 1999, Fritz’s Crown Center opened. The tradition continues! The newest location in Shawnee opened in November 2009.
This year we tried the one in Shawnee.
« Theater of Young America: The Three Wise Cats: A Christmas Musical
Paul Mesner Puppets: Songs of the Season »