It was always kind of hush, hush and a very secretive scenario when we tried to get any information about my Uncle Karl, my dad’s brother. But no matter what time of year it was, whenever he came home for a visit we would stop whatever was going on in our lives and make the trip to my grandparent’s house to see my Uncle Karl.  He would never be home for very long.  We would make the two hour drive up the narrow, windy two lane Price Canyon road, cross Soldier Summit, make our way down Spanish Fork Canyon into Springville, Utah where relatives were gathered.  As children, we riddled our parents with questions; “What’s Karl’s job?” “It’s a secret.”; “Where does he do it?” “Overseas, in a far away country.”;  “What does he do?” “Not sure exactly.”; “Is he still a marine?” “Not exactly.”

The lack of any information did not really bother us because we knew it would be a fun day with cousins, aunts and uncles.  (I think this picture was taken summer 1960.) 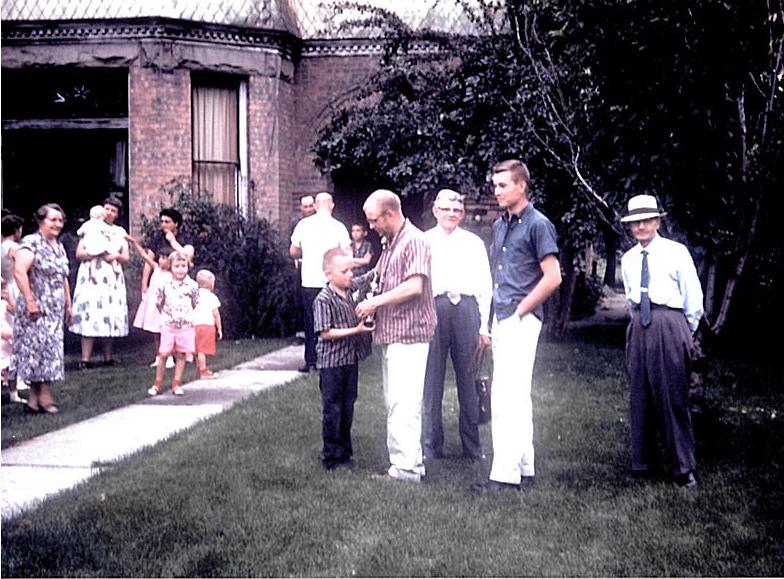 Left to right: Beatrice Smith, Arva Smith holding Miriam Smith, Mary Ann Smith reaching toward baby with her mother Lucille Taylor Smith behind her and Shelley Smith in front with pink shorts, Craig Smith is turned with back toward viewer, far back is Bernell Jensen and Terry Jensen with Karl Smith standing in front of them with back toward viewer, Michael Smith, John Smith, Albert Smith, Boyd Smith and Will Rodeback. 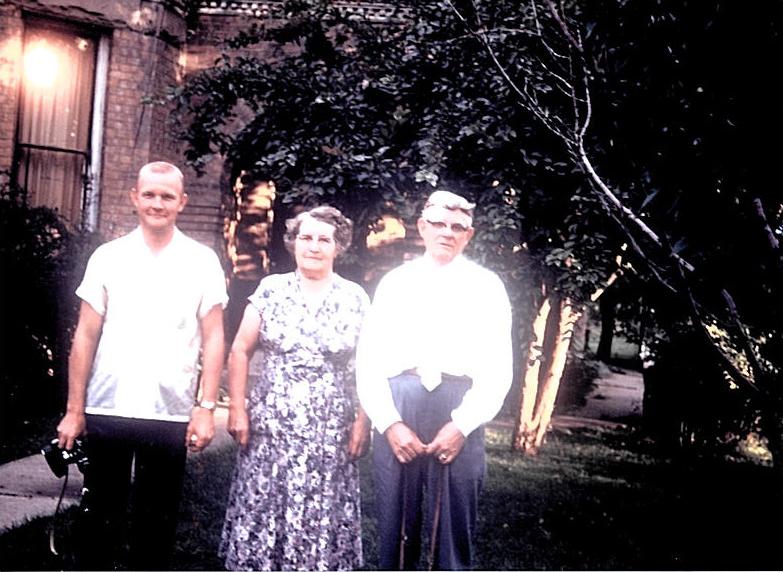 We would later learn more about what he was doing during his long absences: 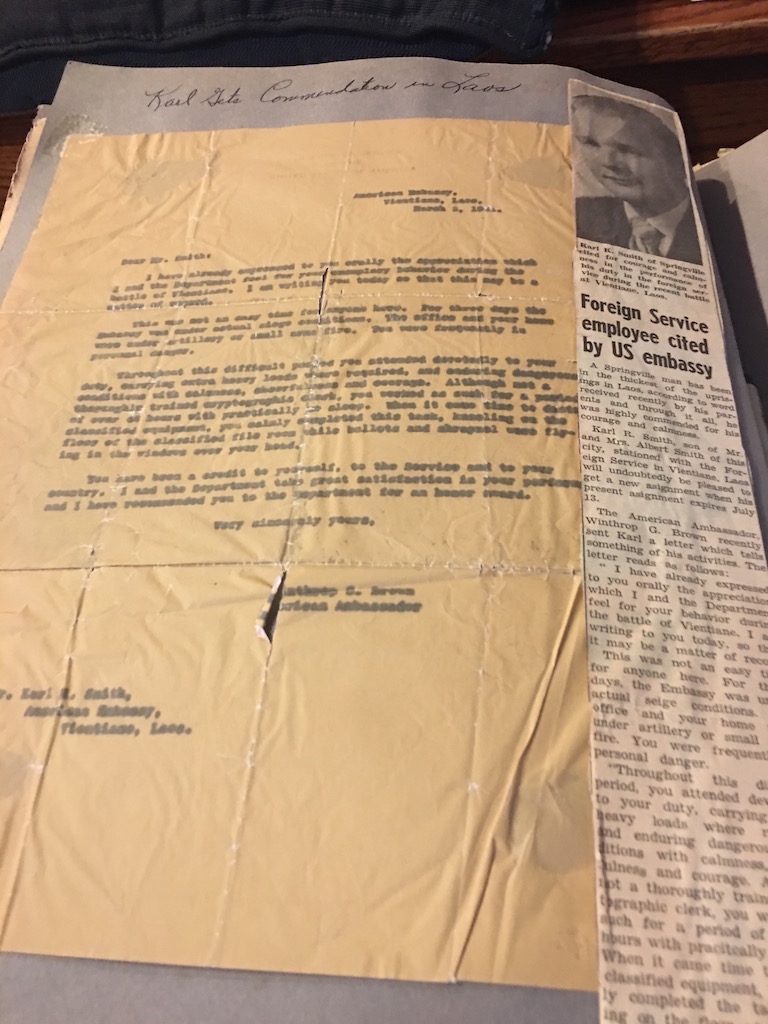 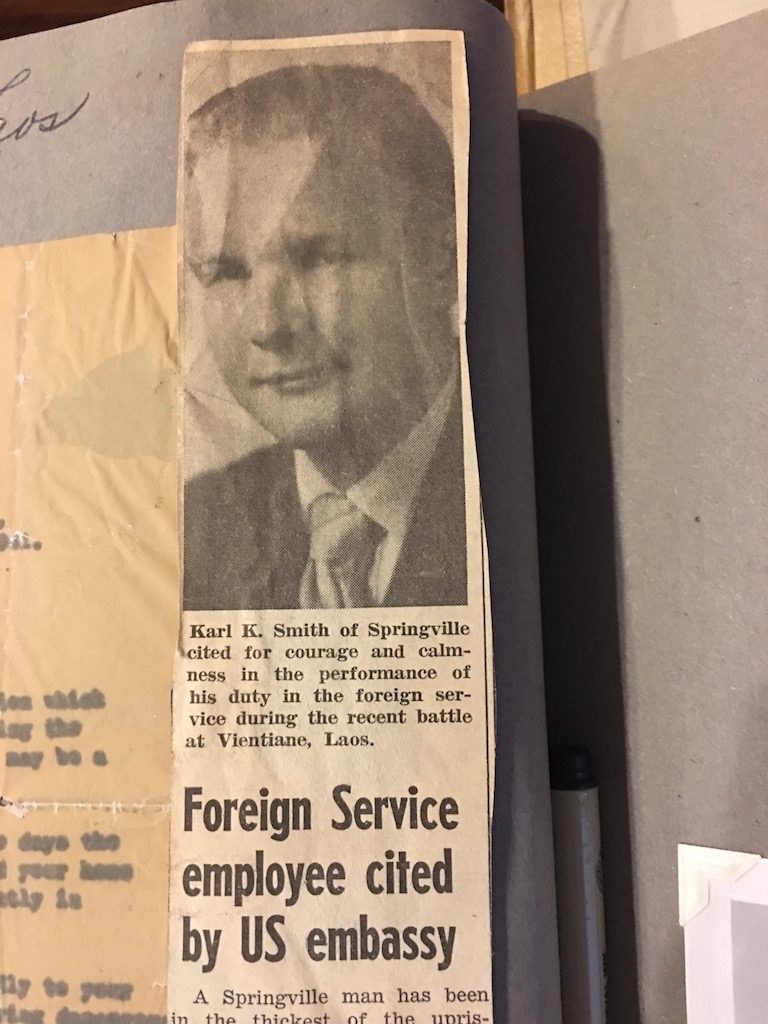 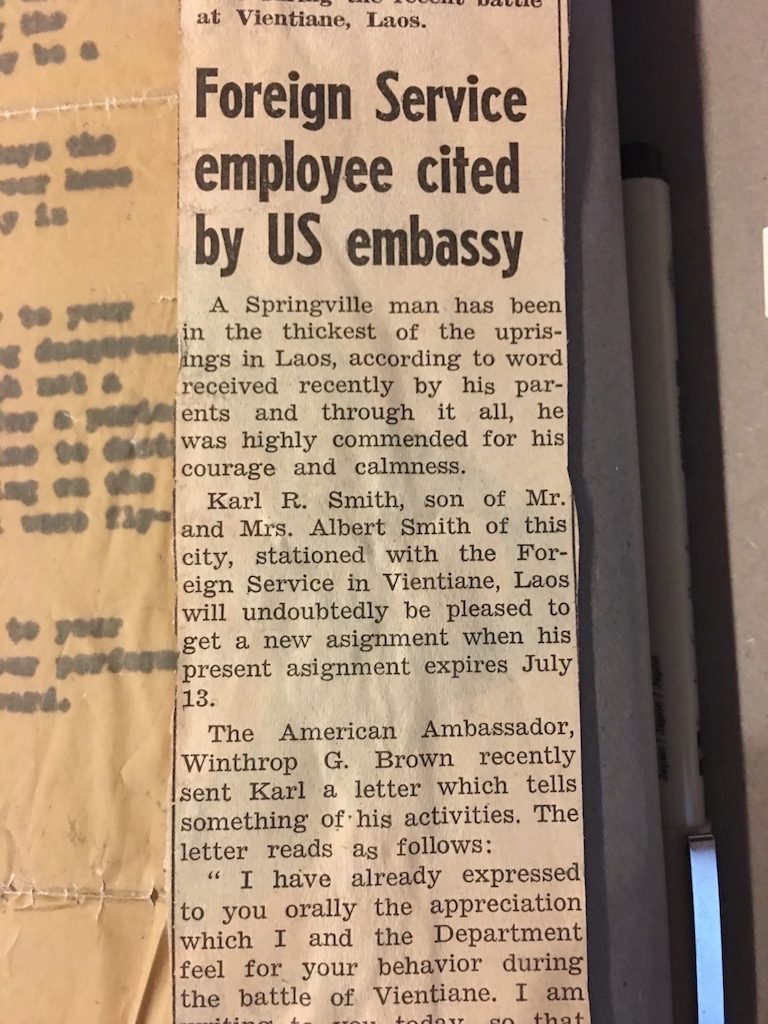 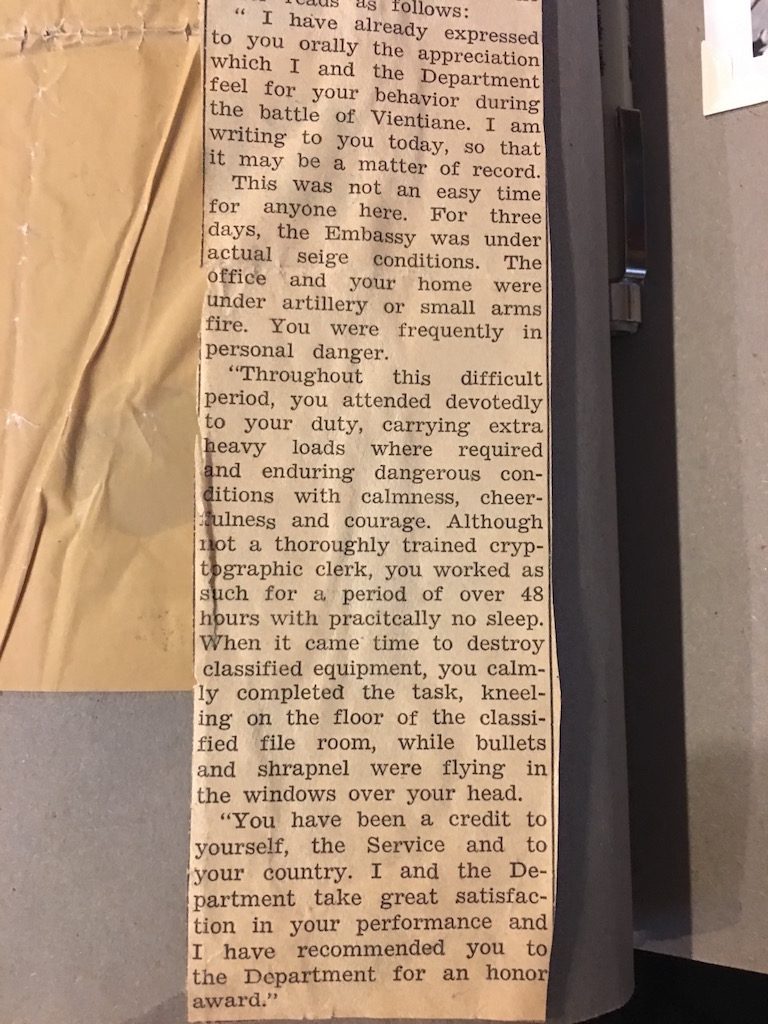 The letter is from the American Ambassador Winthrop G. Brown stationed at the U.S. Embassy in Vientiane, Laos.  It is dated March 2, 1961 and reads:

I have already expressed to you orally the appreciation which I and the Department feel for your behavior during the battle of Vientiane.  I am writing to you today, so that it may be a matter of record.

This was not an easy time for anyone here.  For three days, the Embassy was under actual siege conditions.  The office and your home were under artillery or small arms fire.  You were frequently in personal danger.

“Throughout this difficult period, you attended devotedly to your duty, carrying extra heavy loads where required and enduring dangerous conditions with calmness, cheerfulness and courage.  Although not a thoroughly trained cryptographic clerk, you worked as such for a period of over 48 hours with practically no sleep.  When it came time to destroy classified equipment, you calmly completed the task, kneeling on the floor of the classified file room, while bullets and shrapnel were flying in the windows over your head.

“You have been a credit to yourself, the Service and to your country.  I and the Department take great satisfaction in your performance and I have recommended you to the Department for an honor award.”

From the American Embassy in Vientiane, Laos. 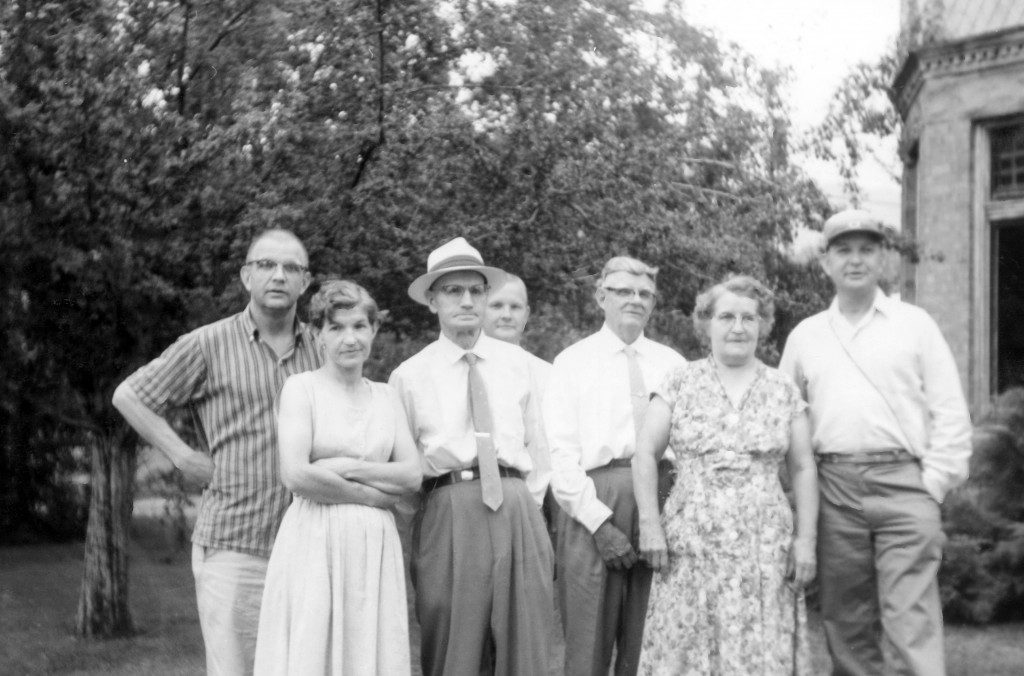 « Boston
Eight is Great…Henry gets baptized! »