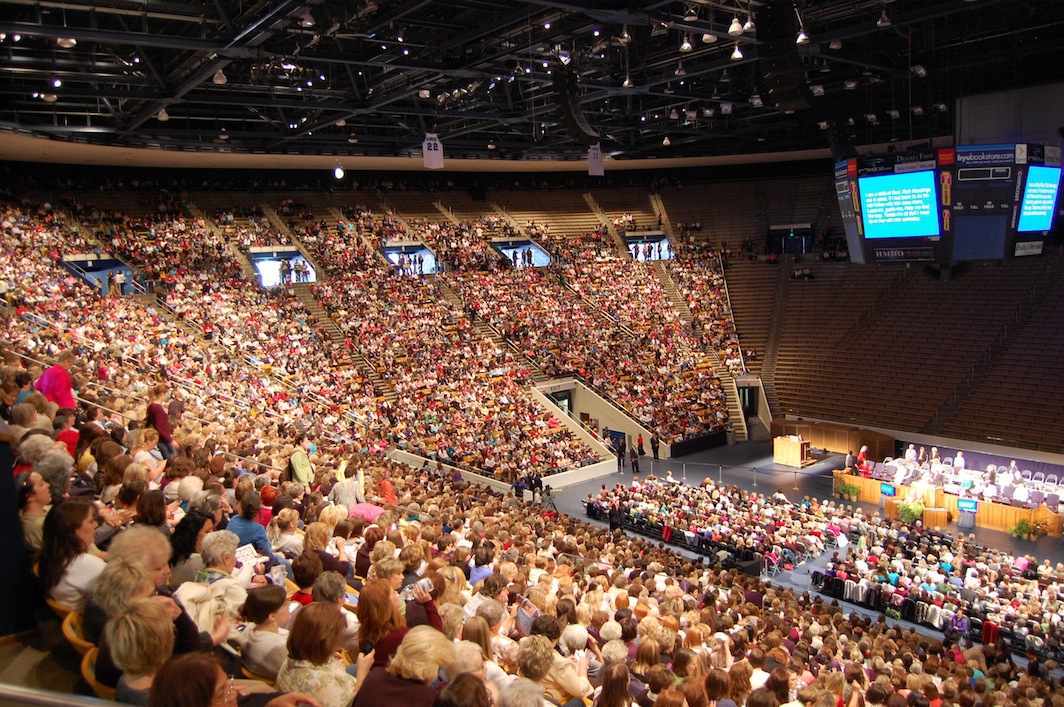 I was again very fortunate to attend Brigham Young University’s Women’s Conference. BYU hosted more than 16,000 women from around the world Thursday and Friday, April 26-27, during the annual BYU Women’s Conference. This year’s theme, “And They Were Armed with Righteousness and with the Power of God in Great Glory,”comes from 1 Nephi 14:14.

The conference, co-sponsored by the Relief Society of The Church of Jesus Christ of Latter-day Saints, featured speakers covering a variety of topics along with activities such as service projects, an instant choir, book signings and an evening concert.

After two days of instruction, service and a little bit of entertainment, thousands of women from all over the world left the Brigham Young University campus “recharged” and “renewed” Friday afternoon.

There were thousands who filled the Marriott Center to listen to Elder Andersen and his wife, Sister Kathy Andersen, speak during the closing session of Women’s Conference at BYU.

“While the battle rages, we need not fear,” Elder Andersen told the group of women. “The Lord will help you, your family and others you love who need special help. We know the outcome. The Savior will triumph over all.”

Drawing from the conference’s theme taken from a scripture in The Book of Mormon — “And they were armed with righteousness and with the power of God in great glory” — Elder Andersen spoke of how individuals must be armed as they fight in the spiritual war raging for the souls of men and women.

“We recognize the enemy and understand his plan,” he said. “The pride of the world seeks to destroy faith by casting doubt on the existence of God, or, if not his existence, his personal care and concern for his children. ”

“Think about the journey of your own conversion and discipleship through the years,” he said. “When you are more sensitive in taking his name upon you … you see more clearly, sense more deeply your identity as a daughter of God, and realize in greater measure the purposes you have accomplished, are accomplishing and will yet accomplish.”

Even in times of difficulty, individuals can find peace and happiness as they arm themselves with righteousness and unite with others. Because of this, individuals can look to the future with faith, Elder Andersen said.

Once again, I got to attend with my friends; Ellen Riley from Massachusetts and Linda Esplin from Phoenix. It is one of my favorite things I do each year! 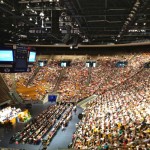 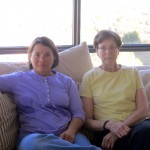 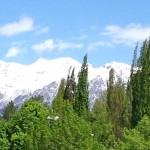 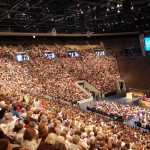 We have attended together for three years and every year it has snowed. This year was the warmest so far but we did get snow in the foothills around Salt Lake City, with rain in the valley. My favorite mountain, MT. Timpanogos had a lot of snow on it as you can see from the picture. 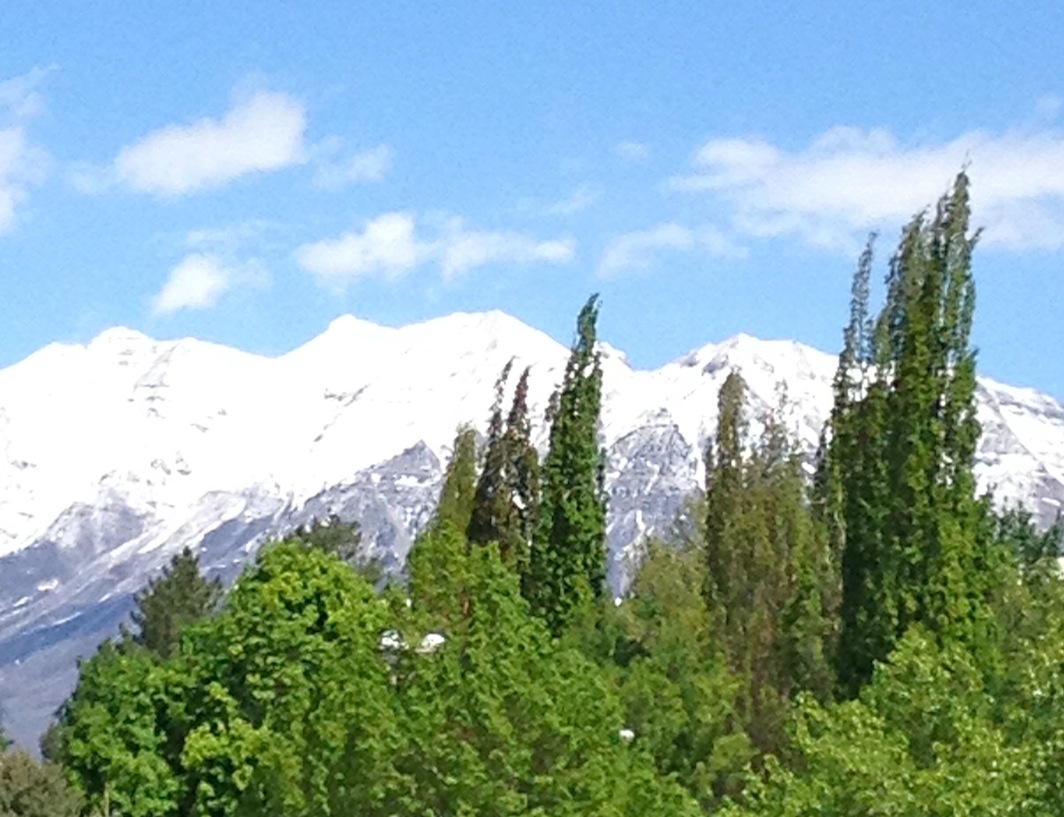